SWALLOW THE SUN – Songs from the North I, II & III 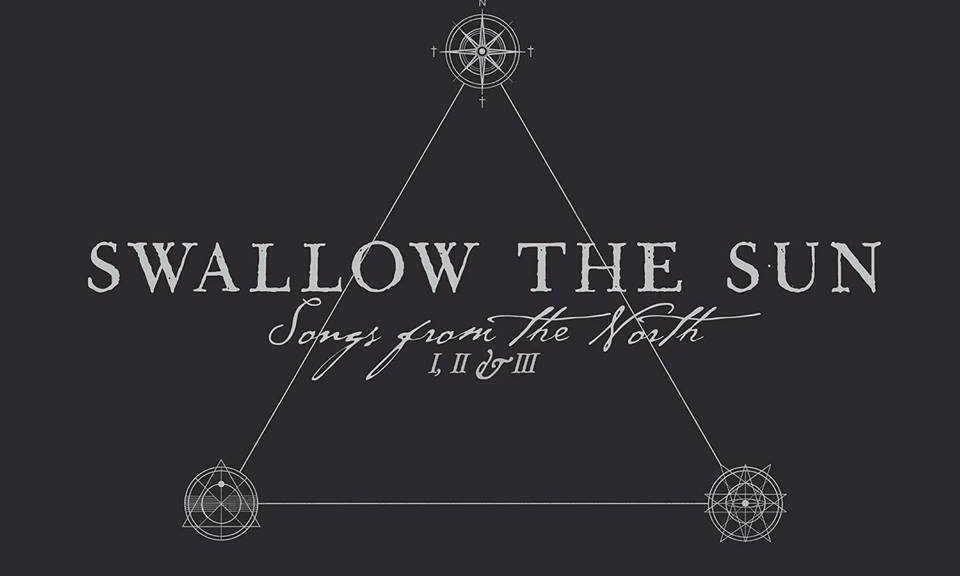 I personally heralded the movement to digital, pay per song download as the best thing to happen to music since the invention of the electric guitar; while there will always be something incredible about well formed albums as a whole, buying one in a pre-digital world was always a risky business. Not only were you lucky to find the one you wanted, assuming you weren’t after whatever was in the charts that week, there was a good chance the one song you’d heard that convinced you to purchase was the only decent one on there, forcing you to pay $10 for three minutes of listenable music and 45 minutes of filler and dross. Say what you will about our eroded attention spans, there’s no denying the average listener pays for a lot less intolerable shit these days.

Songs from the North I,II & III, is a release apparently designed to teach us the folly of our ways, a three album, three hour megamass of music that seeks, according to the band’s Facebook page, to “…bring worth, heart and respect back into the music and to the album format where it belongs. This should never turn into a shallow fast food industry where music is only downloaded one song at a time”.

It’s an amicable goal, but does it achieve it? Can it achieve it? Is it possible to make three entire albums worth of equally engrossing, unmissable music?

Do Swallow the Sun manage it?

It’s not for lack of trying. Songs from the North I certainly manages interesting, with 8 slower, melodically focused tracks that work distortion, quietness and booming, grinding electric solos into a whole that works, and works as an album. Though there were definitely similarities, there was still enough craftsmanship and awe to give each track an identity of its own. Not perfect, on subsequent listens you’ll notice more than a little repetitiveness, but on its own this is a great album, and an excellent argument for the format as a whole. If this was all that was present, you’d be looking at a much more in-depth, much more enthusiastic review right now.

II is where it falls apart, mired as it is with the problem of excessively drawn out, diluted rhythm and almost obnoxiously lengthy bridge sections in almost each track. A couple of them might form a welcome break, the creamy centre to a crunchy album, but an entire hour of the awkward, experimental filler material commonly found somewhere around track 4,5 and 6 is only forgiveable in that it comes on a separate disk and so is easy to leave on the shelf. You’d be missing the excellent slow build “Autumn Fire”, but considering the unfulfilled length of 66,50’N,28,40’E and the remaining tracks, that’s a sacrifice I’m willing to make.

Lastly is III, and this is for me the most interesting album. Heavier than both its predecessors, “The gathering of Black Moths’” distorted opening note will shake the cobwebs out of your speakers and the previous album from your memory. It’s five tracks, each around ten minutes, give the weight and heft II was missing, while perhaps the first few outlive their own concept, Abandoned by the light and The Clouds prepare for battle are both excellent heavier tracks, each reminding you why were digging about the album an hour ago.

I can’t speak for every listener, but I expect there’s few who’re going to be finding each album to their tastes. Rather, I expect most of their fans will be picking and choosing, taking the tracks they like from each and compressing the whole thing into a playlist about an hour long.

That’s certainly what I’m going to be doing, and let me tell you, it’s a fucking killer hour that way.