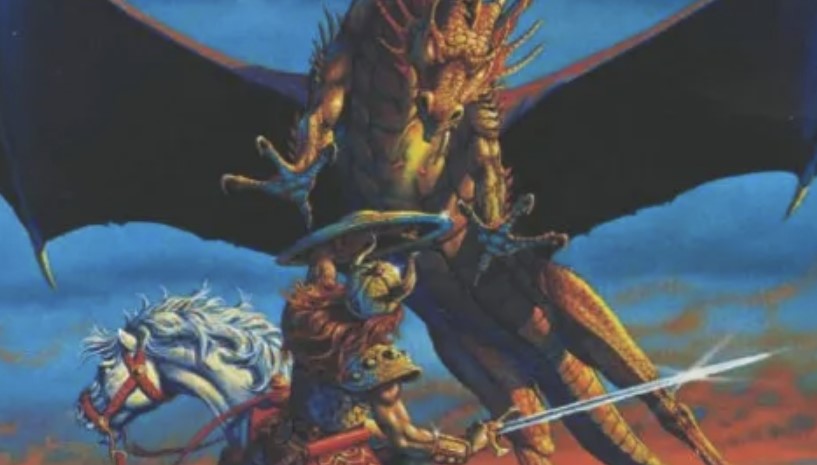 This is it. Months of pining over playing an actual game of Dungeons and Dragons using the basic rule set has finally come to a pass. The pass is when I acquired a original ruleset and forced all of my friends to come over and play it one Saturday. Sometimes one needs to take things in their own hands to get games rolling and stop thinking about what things would be like. What follows is a mix between review, history, and impressions of gameplay coming from a group that has never played old school Dungeons and Dragons. All of our experiences are firmly rooted in the 3.5x high character concept of DnD and Pathfinder and few of us knew the extent of upkeep involved in playing like it was 1983.

D&D Basic is a ruleset for early editions of Dungeons and Dragons. In 1977, two branches of Dungeons and Dragons emerged to build upon the 1974 pilot of the game. While Gary Gygax was expanding upon the original whitebox rules with Advanced Dungeons and Dragons, science fiction author Eric J Holmes compiled and revised the original 1974 rules into what is known as Basic. Basic covered a simpler ruleset, reduced classes, and introductory modules for new people into fantasy roleplaying. Basic was expanded in the Expert, Companion, Master and Immortal Set (collectively known as BECMI) still with the simple ethos. These rules came in colored boxes with small paperback books, dice, and a marking crayon. The booklet I was using was marked up with crayon which made it more special.

Basic D&D has had few revisions in its editions with small changes comes from its authors. The original Holmes edition would later be revised by Tom Moldvay in 1981 and finally Frank Mentzer 1983. The difference between these editions is negligible and aside from cover art and composition, these editions still play the same game of Basic D&D. What the Basic set does offer for people already knowledgeable of Dungeons and Dragons is a time capsule of adventures, play style, and flavor that is wholly rooted in the late 70’s and early 80’s. Old School Renaissance / Rules (OSR) is already an exercise in preservation and historical fantasy-fantasy roleplay where people would not only set themselves in a world of imagination but do so with an archaic ruleset.

To set one’s mind in the big difference between early Dungeons and Dragons and later editions is the idea of dungeon crawling. Adventures take place in the dungeon (caves, castles, ruins, pyramids) with the main component of exploration, mapping, acquiring treasure, and defeating monsters with a safe zone (usually town) available for one to rest and acquire supplies. What are these supplies for? Duh, more dungeon crawling. That is it. Nothing more complicated than go here, loot, and then run back here. While other more complex plots would develop, the further one travels back is the simpler and more cardboard the adventures become. I believe that in the era of dynamic and versatile systems, one forgets the simplicity of getting a group of people together to die by the hands of skeletons for the promise of a small treasure. The Basic rulebook came with a sample dungeon that had my group of players delving into the lost keep of Gygar, a benevolent magician, whose castle was over by monsters following his death. While the Holmes and Moldvay editions of the basic rules came with now classic modules like Keep on the Borderlands and In Search of the Unknown, the Mentzer edition came with a sample dungeon which makes up for its lack of complexity with a very easy to digest introduction into OSR.

Getting over that initial hill of understanding is key for anyone interested into getting into early editions of D&D. Mapping, room descriptions, and experience tracking is very different than a group of adventurers all leveling up when the story calls for it. The players in Gygar’s ruins all received XP for not only defeating monsters but also for every GP of treasure acquired. This would be simpler if all treasure was given in GP but good luck dividing 50 Copper Pieces and 110 Silver Pieces and one 100 GP gem between 5 players and seeing how much XP is acquired. Add to this the concept of Prime Requisite bonuses which is a 5-10% addition to all XP gained based on attribute numbers and favored classes taken with those attribute numbers. A Fighter with a high strength bonus would get a bonus to all XP as a Thief with high dexterity and Magic User with high Intelligence. I will point out that while this sounds like my players were racking up the XP, the introductory dungeon in the Mentzer edition was far from generous in terms of treasure and experience. The writer for this adventure was hellbent on not letting anyone advance into second level unless they put the requisite 12 hours of dungeons grinding in first. I mean, what do you think this is? A game?

Early editions of Dungeons and Dragons, as well as other games around the same time period did not offer much in terms of hooks for regular people that would be timid about entering into the world of fantasy role playing. Aside from the already odd activities of playing pretend with a large ruleset, these early versions of the games involved a hilarious amount of activities that just didn’t seem that fun.This is important as it began the divide between people who found this dorky and boring and people who found it fascinating. I mean, what is sexy about just sitting around doing fantasy taxes and converting 110 CP to SP to GP so you can eek out that last few points to reach halfway to level 2? That either sounds insane that no one would volunteer to sit through willing or it sounds like the funnest activity that people would clear their Saturday schedule for. This is where the divide starts whether or not you are into odd immersive activities. Compare this later RPGs where the tenuous activities of bookkeeping was splashed with miniatures, high roleplay, and rich storylines. At this moment it is you in a 20’ by 30’ room. There a door to the north and to the south. There is nothing of interest here After a few ill placed zombies, a statue that swung whenever someone touched it, and a few kobolds that didn’t want to reason, my players found themselves victorious following 5 character deaths, three trips to town, and 4.5 hours into the session. The only surviving player found himself around a quarter of a way to go in terms of reaching level 2 and they still had the basement to go. Though the amount of experience and treasure this basic adventure gave was paltry nearing the level of abuse, it did teach my Pathfinder players the value of one gold piece and one hit point as that could be the difference between life and death. Gygar’s Basement urged the dungeon master to stock the rooms with monsters and treasure and while we never reached that point, I am sure that had I stocked it, it would be with healing potions, piles of money, and monsters that have more than 5XP and no treasure.

Despite my jokes, D&D Basic was nothing less that a hilarious treat and diversion for everyone involved. It not only allowed us to try and emulate the play experience from a generation we were never apart of but it also gave us a chance to “rough” it in terms of imaging what other role players had to endure to experience the hobby. After a few hours we got the hang of mapping and marching order as not to have all of our magic users sliced by kobold swords. The experience was so great that my players allowed me to convince them we should play another module of great fame. I told them about classics like Temple of Elemental Evil and Tomb of Horrors for the Advanced Ruleset but also of The Lost City for the same Basic rules. They agreed and we were off for another adventure this time through sandy ruins of a civilization buried underground

Though we were all too young for regular Dungeons and Dragons, one of our players did have experience with this set when he was younger. I kept asking him how the playstyle was now compared to his memories of it. He mentioned that he doesn’t remembering following all of the rules that I desperately tried to recreate. Mapping, encumbrance, dying and rolling up new characters, all seemed to be sort of blurred a little for a weird hodgepodge of house rules. I guess at times one gets so into the idea of creating atmosphere that perhaps no one played old D&D like it was suppose to be be played and groups just got together and made things work for them. Perhaps a group now can do the same with a set of house rules that would be ideal for a bunch of new roleplayers into the idea of classic dungeons. 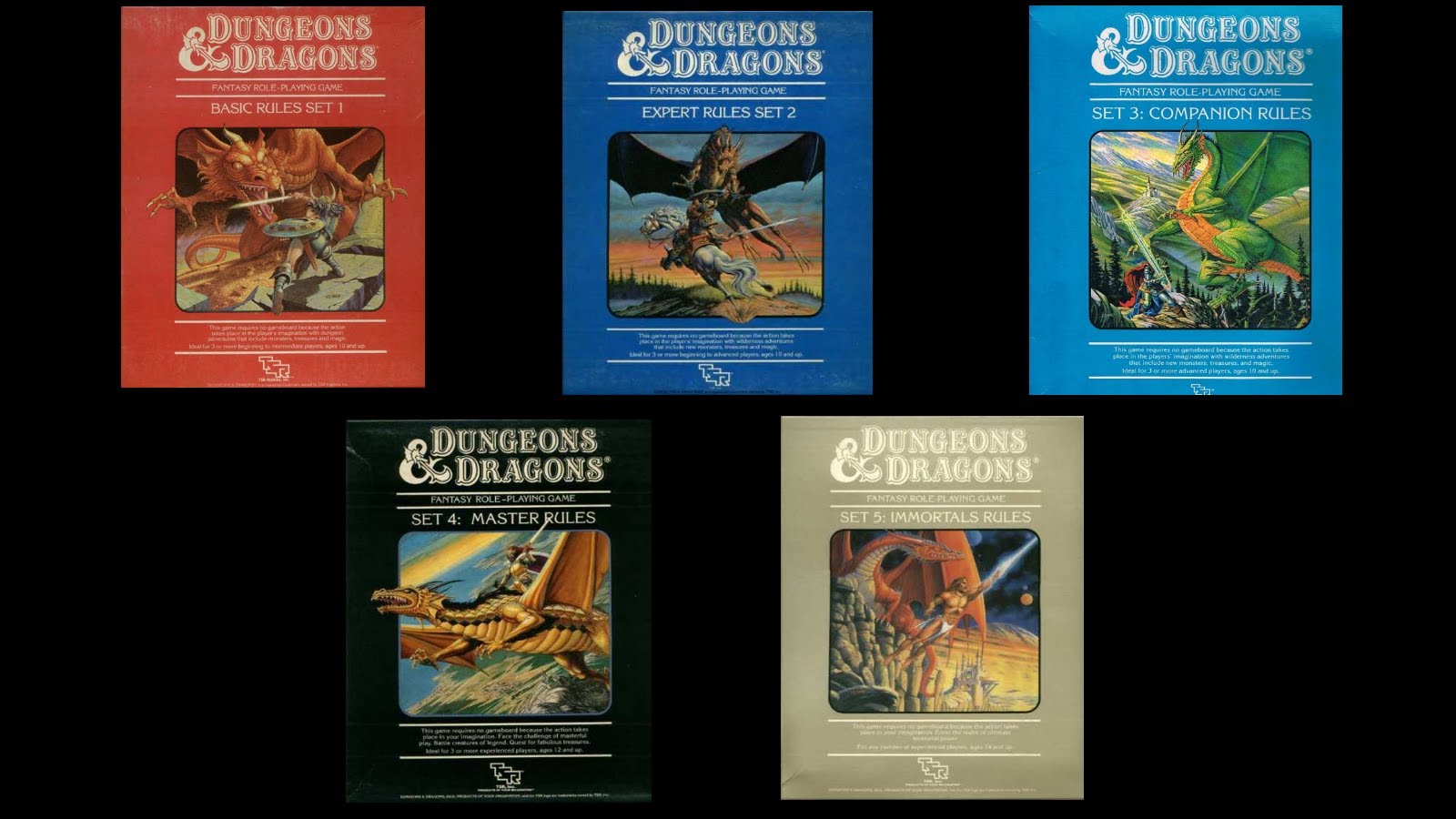