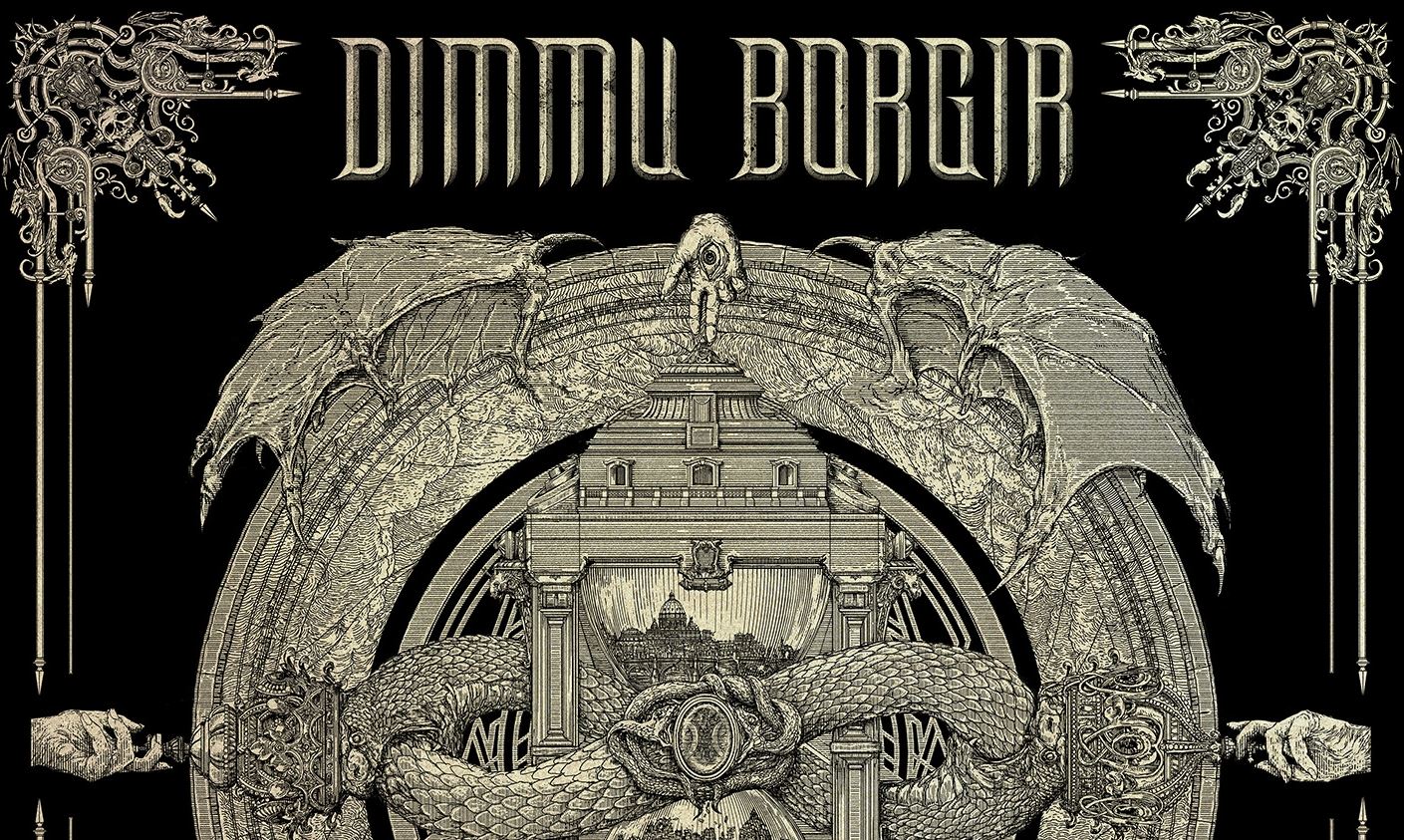 I love Dimmu Borgir but explaining it may take time. For as much as this Norwegian, once black metal progenitor, has taken criticism for their symphonic style, it has not stifled their appeal and as a consequence it has drawn me further into their world. Since the early 90’s, many bands and albums have done what was covered in Dimmu Borgir’s first two records For All Tid and Stormblåst. In terms of black metal history, these two records are not even hearlded compared to the cannocial albums from Darkthrone, Burzum, and Mayhem, Since 1997, however, few bands have covered the ludicrous ground trodden by Dimmu Borgir once leaving their traditional black metal sound. This departure has been a source of fabricated controversy for years as it is in the realm of 2018, but let’s be honest, no one cares what people listen to. This isn’t to say the band’s newest album could be considered black metal or even “heavy metal”, it is instead to say the sound has traveled into other realms where genres are tools of the past.

My embrace of Dimmu Borgir only happened once I stopped thinking of this band as a “black metal” act and fully went with whatever they were selling. Too harsh for rock but maybe too flamboyant for even black metal metal, Dimmu Borgir is certainly forging their own path with both symphonic and dark theater. When Nuclear Blast unveiled the cover art for the band’s 10th album I was a bit disappointed. Instead of the World of Warcraft high fantasy digital rendering seen on albums like Abrahadabra and In Sorte Diaboli, Eonian was trying to play it straight with a cover that could be on any metaphysical black / death album from the past 5 years. This isn’t what I want. I want glamour. Luckily for me, and anyone else who has bought into this world, the music for Eonian as well as accompanying videos continue with another chapter in the saga of dark metal.

It is not only difficult to take Dimmu Borgir seriously with videos like “Council of Wolves and Snakes,” but it is even more difficult to fault them for coming this far and believing in themselves. Aside from goofy costumes and some outlandish song structures which include choirs, the “joke” of this whole band is only muted by the fact the band possess a preternatural skill in making entertaining records. Each track on Enonian has in itself interesting moments which add to the confusion of where this band is going. From the intriguing guitar leads in “The Empyrean Phoenix,” to the sing along hooks of their first single “Interdimensional Summit” to even the anime OST closer “Rite of Passage,” this band tries many things and comes out successful on many if not all fronts. This is of course if you are ready to trust the band in brining you to a place far away from here.

Somewhere past the idea of holding bands to certain metrics or even trying to bully them into certain genres comes the absolution of enjoying oneself with whatever is made. Dimmu Borgir’s world is similar to the one crafted inside a stoned goth kids head while listening to dark music. It is charismatic, grand, and sinister, with a gleaming personality. Eonian continues my affirmation that this band’s career did not start until they stopped doing what others were doing and began their own path. Somewhere between the dark and light lies the play of shadows and Eonian is theater cast in a myriad of dancing silhouettes.