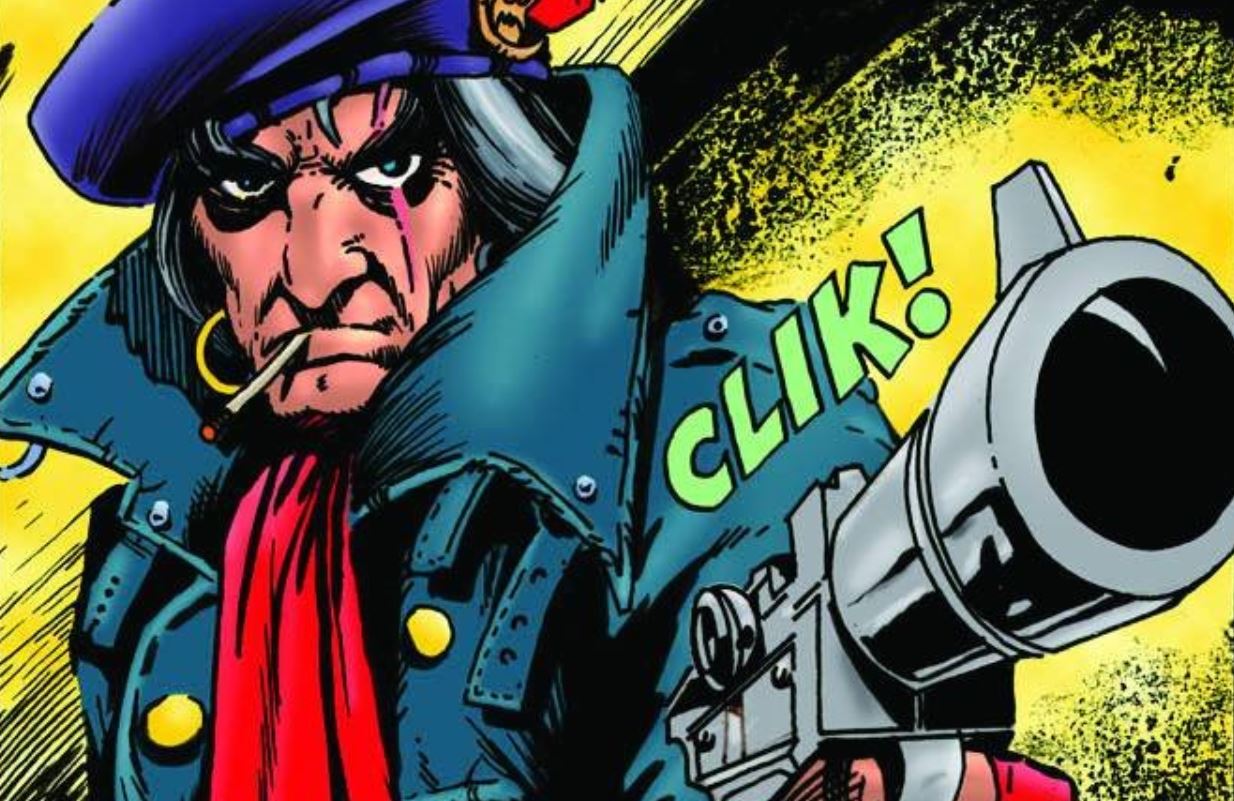 I mean, who wouldn’t want to read a comic about a pan-dimensional detective mercenary swashbuckler. That shit sounds awesome. Grimjack was the name of a comic that got its start in the 1980’s by John Ostrander and Timothy Truman. Ostrander is known for his work outside of this series, particularly his late 80’s run of Suicide Squad for DC Comics as well the more recent Star Wars Legacy comic from Dark Horse. Truman has, and is currently, writing the Dark Horse series for Conan and its many iterations. Before all of that however there was Grimjack and along with Ostrander’s work on Starslayer, Grimjack would be one of the oddest heroes in the far flung future.

If the first description of Grimjack sounds a little out there, it is because the comic is a little out there. The entire series is a delightful genre mash of noir, science fiction, and adventure stories. In fact, Grimjack could be seen as what would happen if Robert Louis Stevenson, Raymond Chandler, and Edgar Rice Burroughs got drunk at a bar one early afternoon and scribbled a story on a stained cocktail napkin. Because the character is so patch-worked, he needs a setting that is equally as varied. Cynosure is the pan-dimensional hub that Grimjack calls home. Its divisional districts act as dimensional districts with differing laws of reality. Magic or guns would work in one district but not the other. With this setting, Grimjack gallivants around helping people and doing good for himself. If you do not believe me regarding the sheer lunacy of this setting, then allow the first story of the Grimjack Omnibus to convince you. Hell Yeah, fighting against drunken powerless gods is how I want to wake up.

A dame comes wandering in looking for Grimjack, who is in search of her lost god. Her god turns out to be drinking in a seedy cantina across town. The initial story cements the idea of Cynosure as a galactic and dimensional hub, as this woman’s god who she put her faith and spiritual trust in, is actually just a wanderer with omnipotent powers who found his way into her dimension. Devastated at that type of responsibility, he fled back to Cynosure to drink the metaphysical depression away until Grimjack found him. Oh, and there is also a sword fight with another drunken god who looks like a big bug.

Even though Grimjack just throws its readers into the world of Cynosure, the tapestry of characters and comedic tropes is just too good not to get excited. The first main arch deals with a vampire menace set upon an old “friend” named Cracker. Grimjack is hired to deal with the vampire who gave Cracker vampirism, which ends by putting both out of their misery. This job takes the reader through the world of occult fashion gangs, elite paramilitary squads, and werewolf pleasure dens before ending with a slightly advanced backstory racked with lost love, demon wars, and a boy left for dead. The world of Grimjack is fucking bananas and as long as you are smiling, you can have fun as well.

The Omnibus collects the first 13 issues of the self titled run, as well as 3 Grimjack issues from the Starslayer franchise, which is a space pirate series created by Mike Grell. Being an Omnibus, one is given 400 pages of a top notch under-reviewed comic series that spans from gothic horror to the wild west. If one desires pulp stories put into a blender, seasoned with humor and one liners, then Cynosure is your next destination. 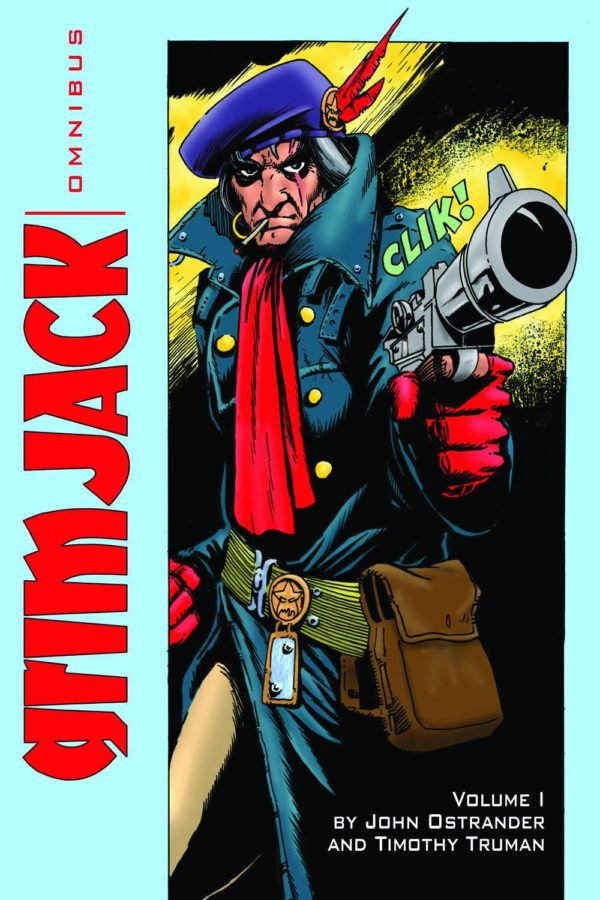