MASTODON – Once More ‘Round the Sun 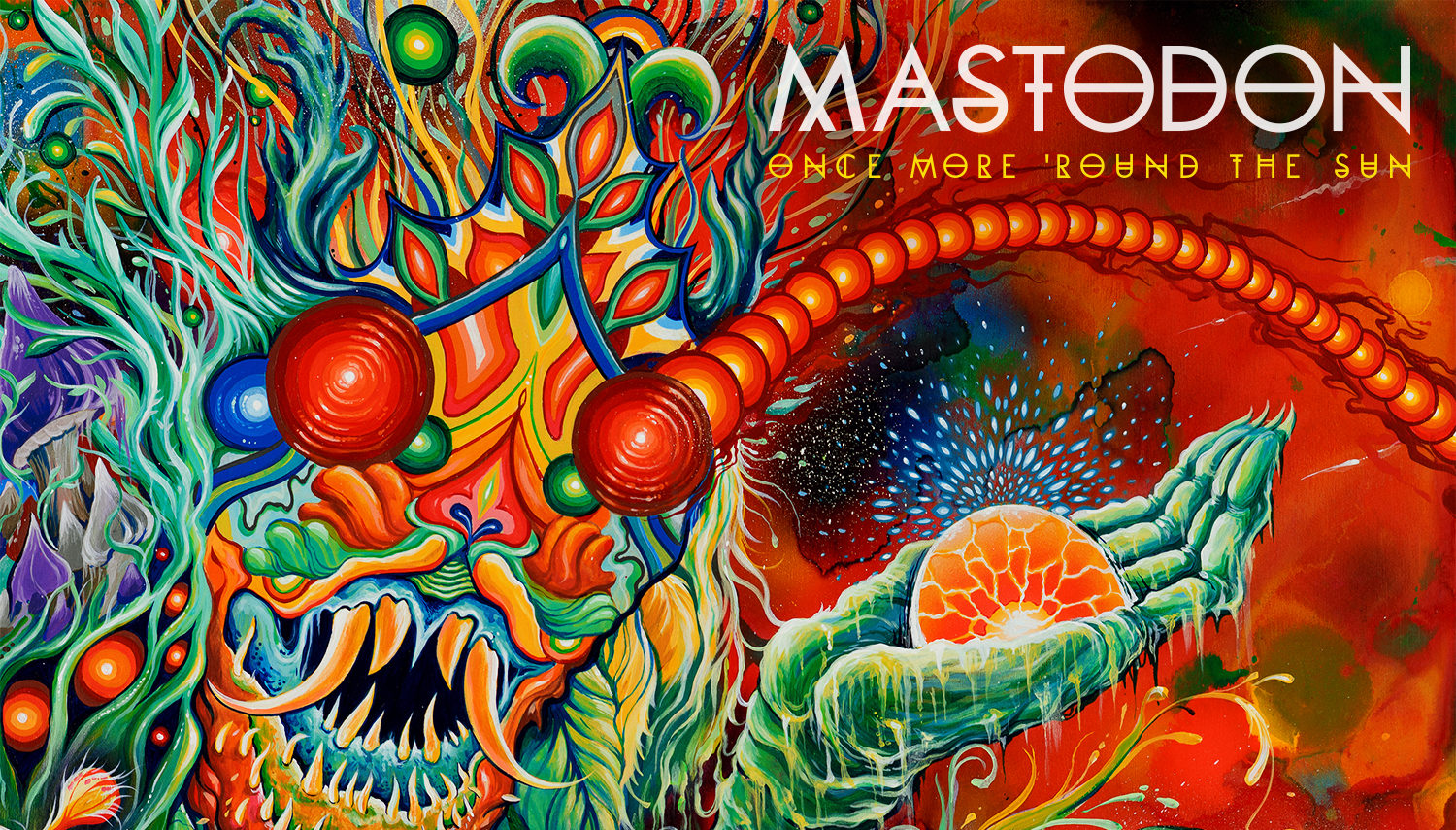 I’ve always enjoyed that fact that Mastodon’s namesakes (if it weren’t the most obvious thing in the world) were fucking gigantic elephants, though it must have seemed a bit of a risk at the time. A name like that is a double-edged sword, if one edge were the legendary greatness of a gigantic version of the earth’s biggest land mammal and the other the unwieldy impracticality of an extinct vegetarian. The kind of sword that could only be forged by Robert fucking Howard.

It’s not inaccurate though. As a band, they’ve stuck pretty concretely to concept albums since they started, which was already long after concept albums were popular. It’s tempting fate is what it is, but thankfully boldness has never been something that Mastodon (or Heavy Metal for that matter) has ever lacked. They’re also fucking fantastic, reminding us why concept albums were even a thing in the first place, strong lyrical and thematic connections transforming each album into more than a collection of songs, but a saga set to music. It’s almost a lost art, something for music historians to argue over and categorize. Mastodon fucked all that up, wrecking any attempt to be quietly categorized or laid to rest like some kind of ancient gigantic rampaging land mammal whose name escapes me.

(A Megatherium? No, that’s fucking dumb)

I’ve more than a small amount of love for concept albums, if for no other reason that it’s easier to justify sitting alone and drinking heavily when one is playing. Hell, I almost look cultured. If you ignore the smell.

All of this is wasted noise, I’m afraid, because “Once More Round the Sun” isn’t a concept album. Like “The Hunter” before it, it serves as a reminder that Mastodon don’t do what they used to anymore. Which isn’t to say it’s worse. Troy Sanders’ vocals have improved significantly since we last heard him, and drummer Brann Dailor kicks some hearty ass with his voice in the second track “Motherload”. It’s a shame though, that while his vocals are top notch, the lyrics he’s belting are, “This time, things will work out just fine”. It feels like something of a step down for a band who I fell in love with for a song about sailing a rowboat through a maelstrom to stab an albino leviathan in the eye.

I suspect this is part of their attempt to be more accessible, and while I’m not the kind of jackass who gets angry just because my interests are getting less niche, I can’t help but be a little annoyed. Not because it’s a bad album, because by Wotan, it isn’t. These guys have been steadily climbing in sheer talent for fourteen years now. It’s just that it doesn’t really feel like a Mastodon album.

It’s like if the aged druid I get all my mead from started brewing lager instead. There’s nothing wrong with lager. And I’m sure his will be of above average quality. But I can get that shit at Walmart. Or, to put it another way, it is as though the last of a great and ancient breed has finally fallen victim to its own impracticality, and all we’ve got left are the records.