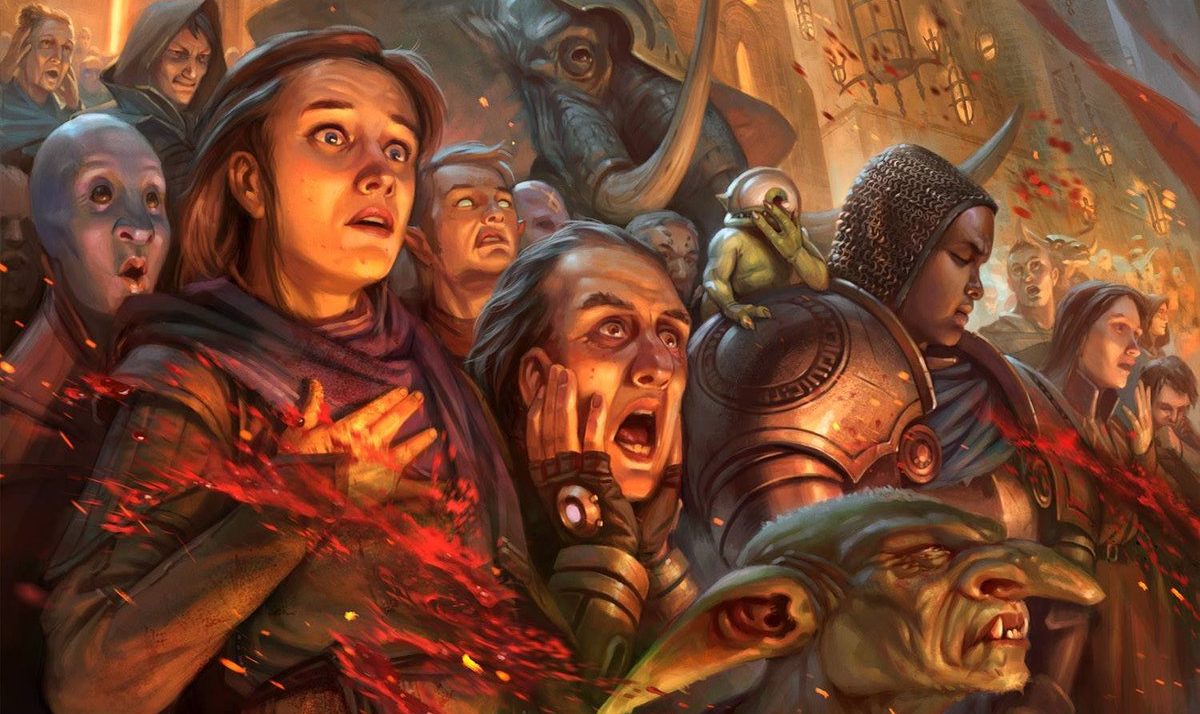 This is a continuation of my thoughts and feeling about the D&D MTG campaign my group is beginning. My group is comprised of interested players who have had little to no experience with the system. What they do have, however, is knowledge about the campaign world which is the city planet of Ravnica. What Wizards has done is thrown our group a rulebook that will make our dreams possible and begin a long campaign in the underworld of Ravinca. There was a lot of questions on how this was going to start but after the fires had set over the expanse of Tin Street, I knew this was going to be a blast.

I am going to be honest that despite my over preparedness and flowcharts I made in aiding character creation, making a character in most tabletop RPG games is daunting. There are of course exceptions but for any game with a large ceiling which allows characters to play in multiple levels, the amount of choices for new players is vast. 5E has taken a lot of the stress out of making characters and streamlining its choices but for someone that is new and for others who have picked spellcaster classes, the bulk of your activities in the first session is reading over all of your choices and figuring out how many spells you have versus how many you know. Add to this the new rulebook Guild Master’s Guide To Ravinca (GMGTR) for additional spell options, backgrounds, and numerous flavor options that seem needless but are actually apart of core character building. what you are left with is a bunch of people looking at books and others waiting to look at books to start their character.

Something I figured out after this character creation session is everyone needs a copy of The Players Handbook (PHB) unless you want to designate shifts. I thought people could share but there is constant reference to this book that new people will need to be glued to it while other players may be bored while waiting to look at their options. In 2019, getting a copy of the PHB will set you back 30$ from a place like Amazon which in the grand scheme of time spent playing versus moneys spent, this might be the most expensive purchase for the hobby. Casual to test trial players may not want to purchase something right away so allowing them to borrow the DM’s PHB would be fine but anything more than that will get complicated. Our group had 2 our of 6 without a book and we ran into instances where people were waiting and being confused. For instances of playing a Ravinca campaign, it is advisable to also pick up the GMGTR since the book will give one multiple avenues for flavor building and assist in crafting the character in a world populated by other guilds. 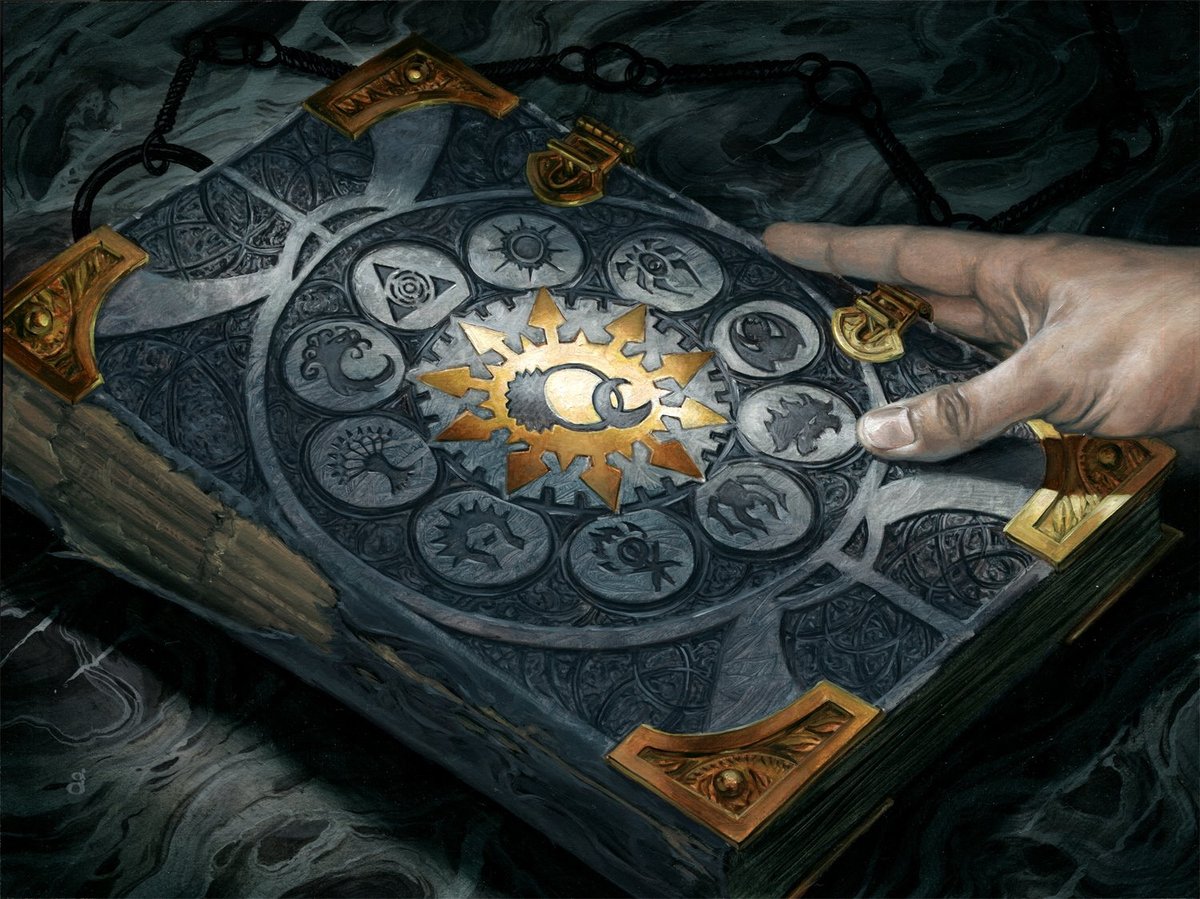 What Sort Of Adventure Are We Having?

Our group is already on a chat app and using things like Slack or Discord actually aids in crafting a campaign. Using Slack to lay out rules and take surveys before hand allowed me to begin thinking of ideas before starting to play. I did simple surveys such as what type of things interest the players ranging from combat, roleplaying, exploration, being silly, to just hanging out. Making surveys anonymous also allows the players to answer honest since there are more people who enjoy the idea of not reading a lot of book and just having fun with a low level of commitment. The survey results for this group were heavily leaning towards puzzles which is something I have yet to figure out. Something that will always be changed however when a character is made is the actual orientation in terms of alignment and tone.

A Group of Misfits

A Radkos Bard, a Radkos Barbarian, an Izzet Sorcerer, an Orzhov Cleric, a Simic Wizard and a sort of out of place Selesnya Druid is the composition makeup of our 6 person party. I say out of place since all of the characters are leaning heavily neutral to downright chaotic. Getting everyone atleast in the same area of the alignment character, I feel, makes for an easier play experience since the goals and way the players react to hooks are going to be more predictable than wondering what the outlier is going to do. Krenko’s Way is an introductory adventure in the GMGTR and details the players being hired to track down an escaped goblin criminal which happens to be the famous Krenko Mob Boss. Intrigue is introduced early on with the fact that the Shattergang Brothers are also looking for Krenko as they want to expand their criminal enterprise into the territory once controlled by Krenko. Also the individual who is organizing the operation is less than forthcoming with information making everyone naturally supsicious. This whole set up begins an interesting conundrum for the party where or not this will be Law and Order or Usual Suspects. With two Radkos cultists in our party, I believe I know where this is headed. 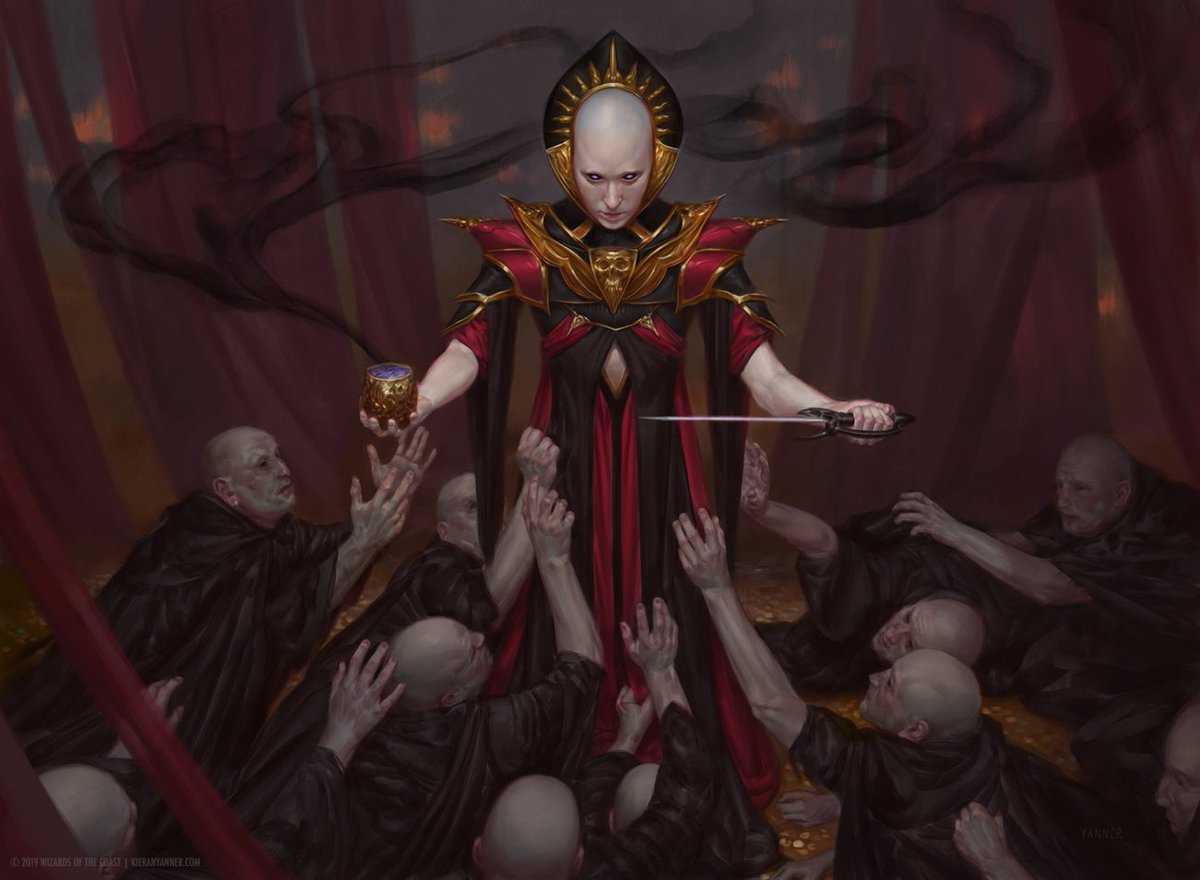 There will be combat in your campaign. In the middle of the woods against some gross looking spider is one thing but now you are swining a sword at another taxpaying (maybe) citizen of Ravinca. how does one balance the mayhem of combat which is built into D&D with logical consequences of a justice system which is apart of the lore? These questions can be answered by having every character on the same page. Will you be the arbiters of justice or the ones working outside of the law? If the answer is later, then the long arm of the law should always be a threat. In Ravinca, the Boros garrison and the Azorus Arresters should always be right behind the players and responding to their actions. Our first campaign ended with a fight in a seedy Gruul themed eatery (don’t ask). This lead to a skirmish plsu the death of three individuals. I know it is weird to refer to a natural aspect of the game as “death of an individual” but when playing an urban campaign, the loss of life should have more weight than a defeating a monster in the wilds. 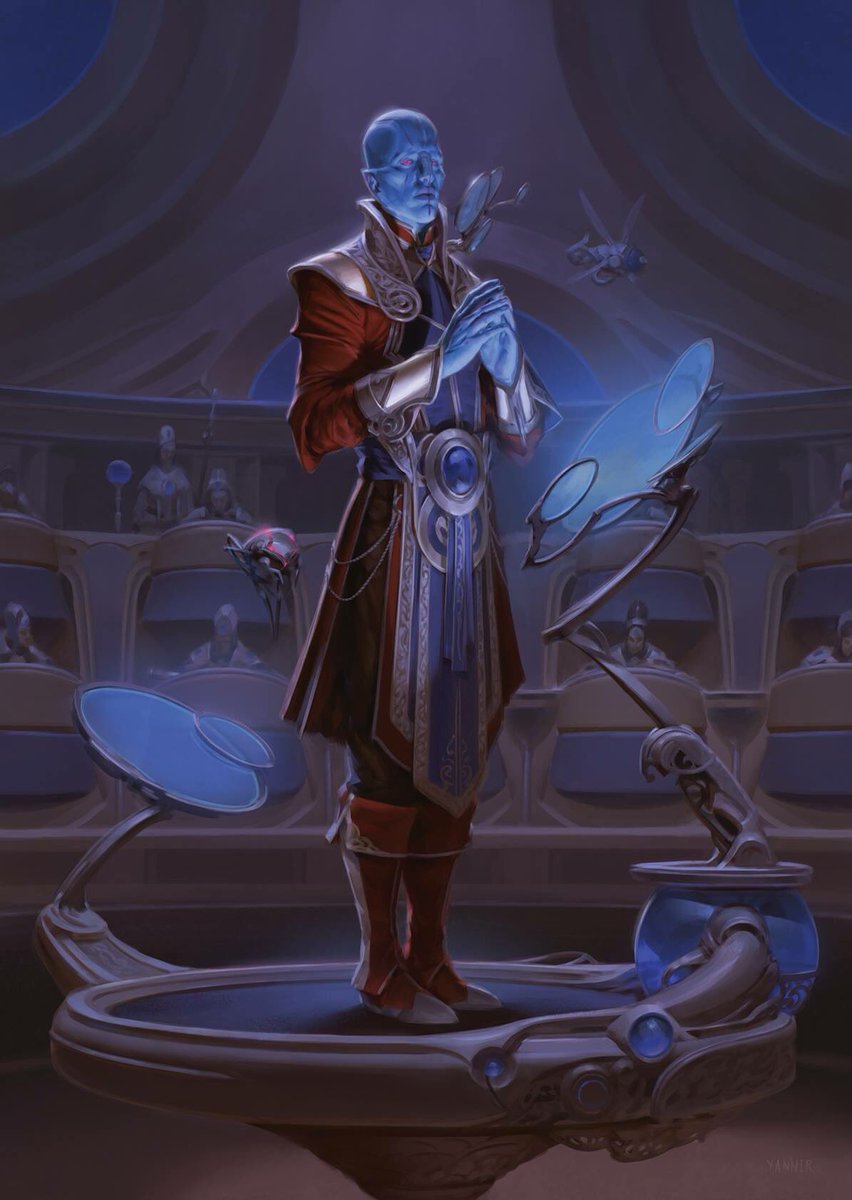 I enjoy imposing consequences and allowing the characters to make choices that may result in their arrest and possible ushering through the justice system could be an interesting way to play the game. Krenko’s Way began our adventure and I do not even think we will finish it the way the book has written since there have been too many decisions that have been made that have altered the course of the campaign. It is not like I have planned anything past the first few sessions since it is advisable to utilize the resources of the city. If something goes wrong, you can always improvise and set your players on an interesting road of grey moral chaos. 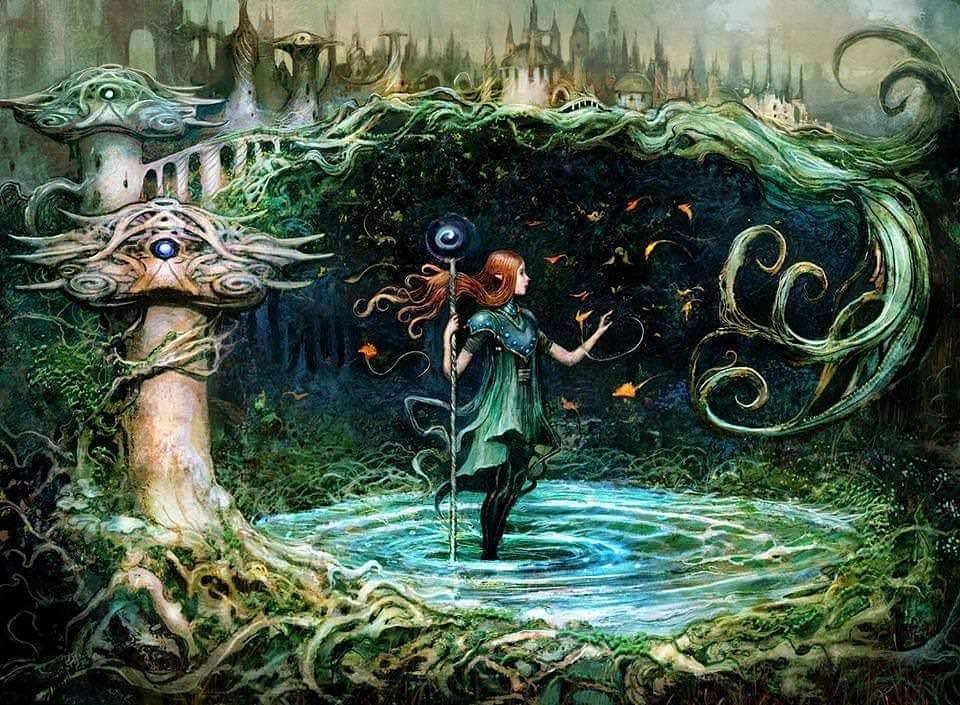