Heavy 18: The Year in Heavy Metal 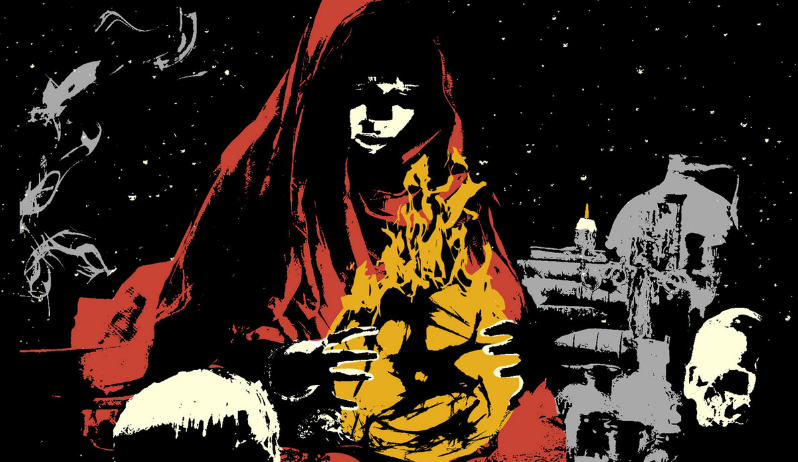 “Heavy 18” is a collection of some of the heavy metal records which made waves throughout the year. Some of it comes from things I reviewed while others come from some of the lists crafted by users on the internet. This is a list of traditional metal called heavy metal, trad, or NWOTHM is that is still a thing. While the name isn’t important, what seems to be the enduring ideal of this music is not throwback costumes rather the hammering in the old forges and keeping fires lit throughout the night.

We are starting with arguably one of the most popular traditional metal releases of the year. This is even accounting for the Visigoth, Satan, and Cirith Ungol release which will be discussed later. Haunt nailed the nostalgic sound this year and add to that they had a great logo which captured the interest of listeners. This was done by calculation as Shadow Kingdom is reliable in the bands it finds and Haunt did the legwork in 2017 with a well crafted and well received demo. This year was the time for a great debut for people who may not even know this type of music is being made.

I do not think I have to discuss Satan anymore than I already have. This band will always be good. From their time spent in the 80’s make speed ridden NWOBHM to the current calendar year which they seem to be doing the same thing. One of Satan’s best magic tricks was taking decades long hiatus and returning as if only gone for lunch. Cruel Magic is the band’s 5th album which could really be their first in a space where time does not exist.

Listen to those vocals. Damn. One of the more magical aspects of Wytch Hazel is the positive lyrics which are wrapped in a shell of melodic heavy metal. This all makes for a pleasant experience which still has driving riffs and a charming edge. Not everything has to be gloom and doom and related to the devil. These are the paladins of heavy metal.

To get into Traveler one has to realize this is a demo. It has been a while since bands made demos for practical purposes. The disconnect between the melodic edge of music and the production value maybe intentional which will then take a few listens to gert acclimated. We are now in a time where melodic metal does not have to come in gloss rather it can be as gritty and rough as black and death demos. Whether or not Traveler stays in this production level for future releases or goes somewhere beyond, the verdict is already rendered as people are going crazy over this sound.

“Warrior queen, forged in steel / Tempered in the flames of war / Fierce and free, fearless conqueror / Goddess of the metal storm /Warrior queen.” I do not know why I enjoyed these lyrics so much as they are half a step away from being about nothing. Visigoth is having the time of their lives with a second release which is doing as well as their initial debut. Clean yet stull rough around the edges, this band seems to be casting the widest berth for recruitment.

The tags for Solstice include “Epic Metal” “Doom Metal” and “Heavy Metal.” I think we can work with that. Solstice settles in a very unique place as having the sonic equivalent for traditional doom yet making their music grandiose with soaring vocals and arcing riffs. The cover looks stoner doom and inside maybe music for recreational drug use but it is going to be a different time spent in a fantastic world.

Chevalier has been the talk of the town since their 2017 EP A Call to Arms. Chapitre II is a return to the speed infused dungeon crawl which makes up this band. With fantastic female vocals that shred and a sonic tone which sounds like crumbling castle walls, Chevalier maybe for a specific audience but those few are reeling with excitement.

Black Knight – Rise is a compilation collection two 2018 tracks along with a 2015 EP which was only distributed at 500 copies. The compilation is less a retrospective of a band rather just gathering of all available resources. What can be heard from the compilation is a stellar approach to heavy metal with golden guitar, fist clenching riffs, tone and moderate use of chanting.

Hail, Hail, Victory Prevail! Let us end here with Black Viper’s debut. Everyone I show this band to immediately wants to get leather pants to match the mood. I mean, why not? Hellions of Fire is the sonic equivalent to doing shots and then hoping for the best. The rush of excitement never dissipates rather hangs in a haze of fire, satan, and speed.