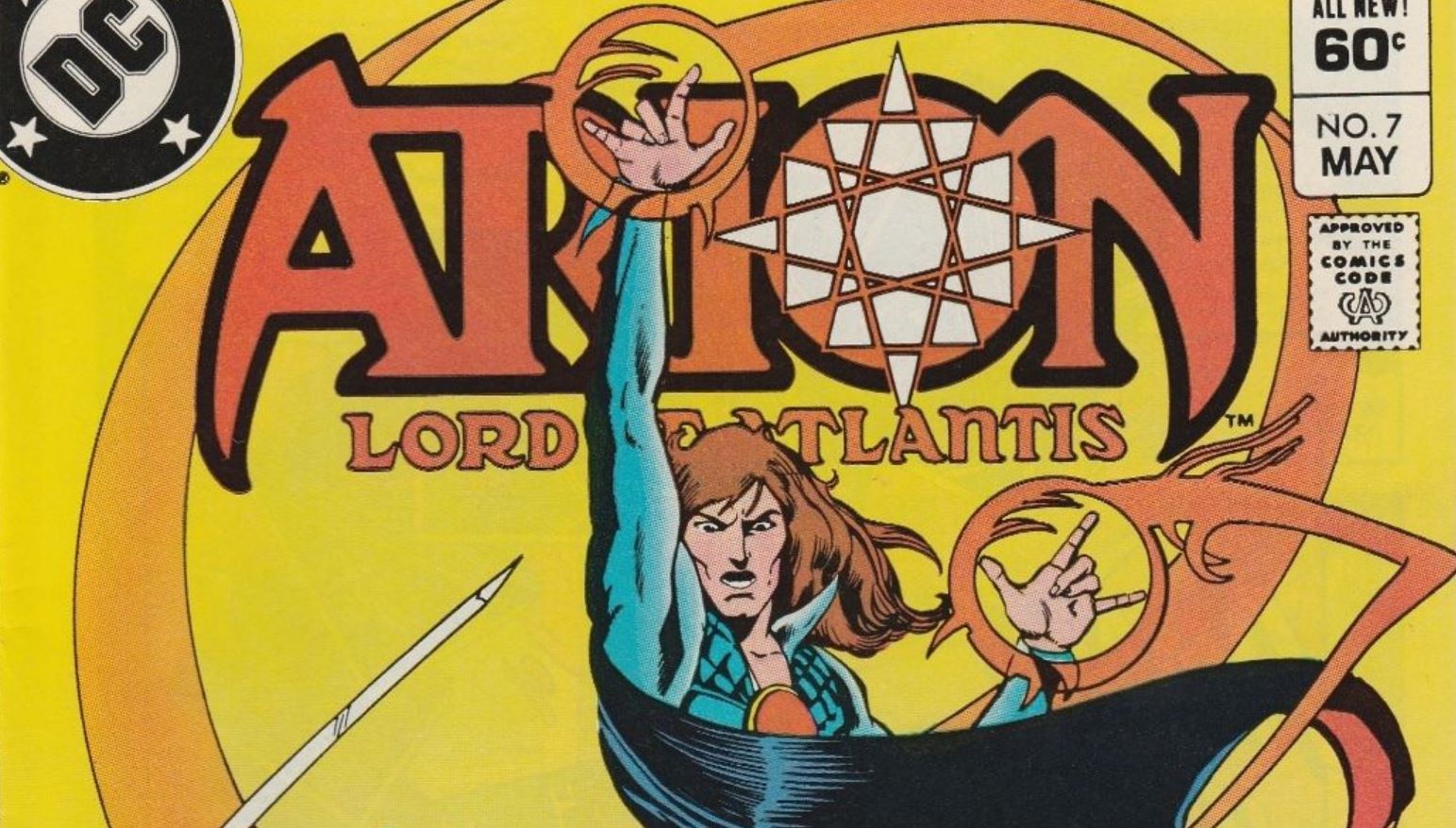 I know what you are thinking. Yes, Arion is from Atlantis. Yes Aquaman is also from atlantis. Nom it isn’t as easy as them being in the same Atlantis. That makes things more interesting and more confusing is the magic weilding character of Arion is wrapped up more in the stories of Superman and Powergirl and was debuted in a Warlord comic. Yes, he is the lord of Atlantic and is a vital importance to the shaping of the Atlantean world. Yes, he was the child of two Atlantean mages which served as the Adam and Eve role of the Atlantean World. Yes, he had a role in the 1985 Crisis on Infinite Earths as well as the 2005 Infinite Crisis crossover. No, he never shared a story with Aquaman. I know. I am still getting over it. What I thought was a fun loving water wizard turns out to be a deeply complex and convoluted gear in the larger DC universe machine. 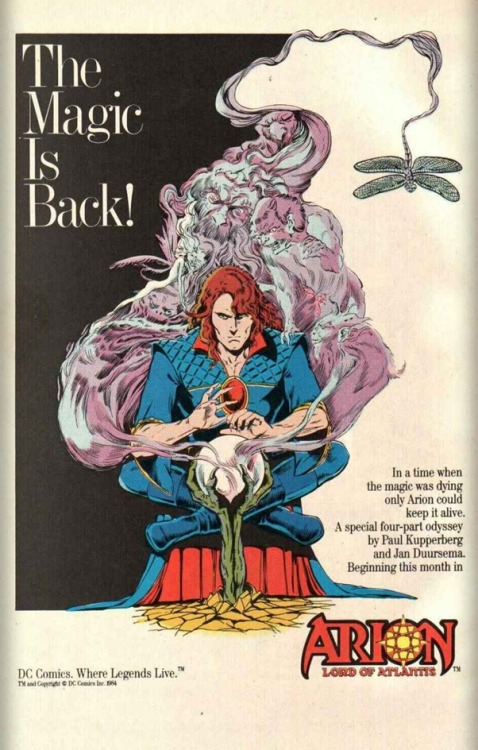 Magic has always been strange with DC comics. Though the entire universe is shaped by a phenomenal class of metahumans, the actual practice of magic is distant and somewhat niche. More so, the foundation of a place like Atlantis is powered by the mystic arts. This is where Arion begins as the twin brother to Garn Daanuth both offspring of two powerful mages Majistr and Calculha. The early history of Arion has an epic struggle against his mother and brother Garn Daanuth who steal the 12 Zodiac Crystals of Atlantis. Arion’s father lends his aid in stopping Garn and Majistr leading to a neutering of power for Garn and exile for Majister. In 2018, a story like this is easily found in a wiki yet in 1985, its origin is still somewhat presented in the first issue just buried under swaths of psychedelic storytelling. I enjoy magic in comic so that is why I started to read Arion. What I did not realizew was it to have such a rich importance to the entire DC fabric.

We are going to be completely honest here and say Ariuon is one of the more confusing fucking comic books of recent memory — at least the first issue. Silver and Bronze age comics are wordy and things like any Crisis or crossover series is going to get bogged down in a lot of words. Arion does not have an overabundance of words rather its storytelling is abstract and its assumptions that you know the Warlord series and are invested in deep and storytelling is presumptuous. From flashbacks to actual panels that say “Elsewhen,” Arion bounces around time and space introducing a bunch of characters that all play vital importance to the story and were probably introduced in other series. If you were looking to get yourself centered then the first issue has Arion in two different places, one of them is in a cosmic mindscape and the other is back on earth but his body is inhabited by his arch nemesis. Actually this first issue is a continuation where Warlord left off so strap the fuck in.

If I sound at all underwhelmed by relating this narrative, it is only because I wanted to like Arion so much more than I am trying to desperately do. The general idea of a sorcerer trailed along by characters like Lady Chian and Wyynde sounds really great. Reading my Warlord review seems like I enjoyed that series which has most of the personal. While the second issue and onward become a little bit more grounded in reality though the layer of thick heady discussions never dissipates. Atlantis is under siege for the most of the early issues along with Arion’s back story being revealed throughout the issues. He fights his evil brother a lot in these early issues and there are even warriors riding goddamn flying dinosaurs. All of this action and magic and I still couldn’t bring myself to get excited. 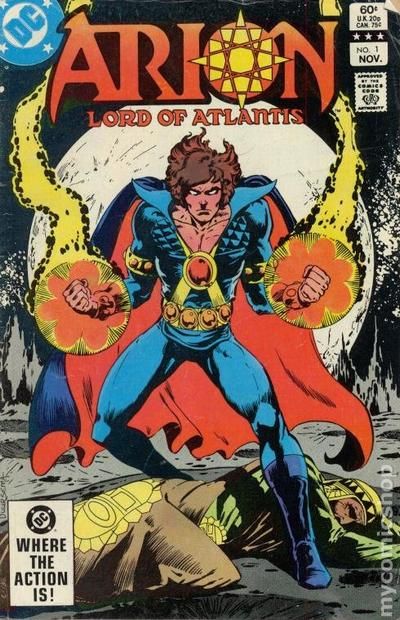 This series was written by Paul Kupperberg and drawn by Jan Duursema. Kupperberg’s contribution to the comic book world is vast though one of his biggest creations was Arion. Duursema has also done many other things but more importantly to this site was the artist for Advanced Dungeons and Dragons. Arion would continue for 38 issues until the general decline of interest in the sword and sorcery genre. The more I read about the history of Arion, the more it is revealed that Kupperberg spent a vast amount of time trying to tell his story. After the original run was cancelled, the series then came back in 1992 for Arion the Immortal which only lasted 6 issues. There was even an eBook called Two Tales of Atlantis which sought to conclude the saga.

While I made a joke about Arion inhabiting the same world as Aquaman, the truth of the matter is both of them lived in Atlantis but they were two separate worlds. 1985’s Crisis on Infinite Earths cleaned that up and made them the same Atlantis. This was the same time they made Power Girl the ancestor of Arion and thus Atlantean. This would later be changed decades later but for now there is that super strange connection. Perhaps I need to go back and give this series another shot though I am laughing at the 10-15 year old kid who is sitting down and reading abstract text detailing sorcery and mindscape fights which lies on top of a mountain of detail. Perhaps that could be me. 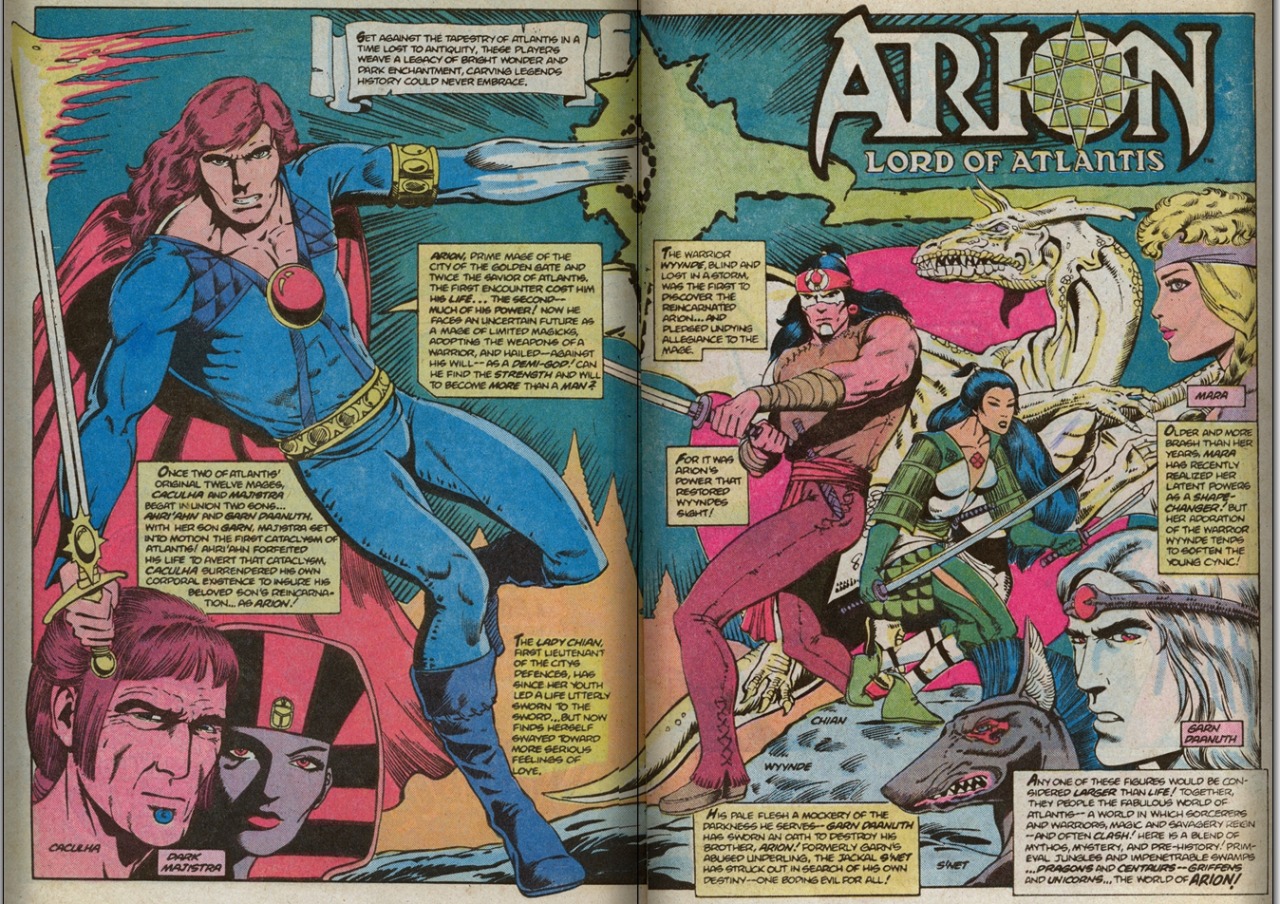