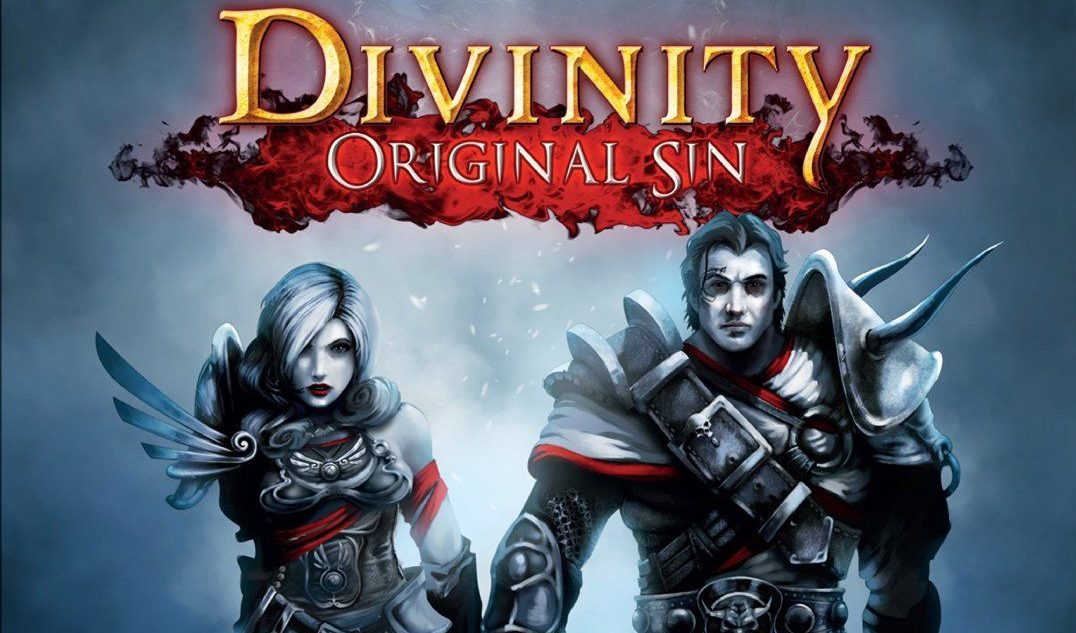 With a name like “Divinity: Original Sin”, certain associations come to mind. Terrible graphics, shoddy control mechanisms and messages not so much ham-fisted as gammon-knuckled tend to be hallmarks of the genre known loosely as “religiously informative games”. Also, they occasionally waddle ass-backwards into awesome, as in this example where you can suplex Moses. There’s some pretty interesting bosses in the early game, too.

It’s ludicrously complex, and takes very little time to explain itself to you, what to do or where to go. I spent a couple of hours on my play through at the beginning bashing myself up against enemies that both outnumbered and outgunned me before I realized that there was no level scaling and this was the games way of telling me to go somewhere else. It’s that kind of experience, like a heavy handed and distant mother who’s either lovingly determined to raise a strong, independent child or just bored of constant fingerpainting and hand holding. The result is the same, an experience that encourages independent thought and problem solving, all the while wondering how much of it is intentional design and how much is unforeseen brilliance on your part. I for one got through a number of fights that were of much higher level than me using my mage to spill flammable oil under my enemies in a huge area, then lighting it all on fire. It’s not the bravest of tactics, but when you’re fighting the horrors of the undead, you use what works. There’s a lot of fun to be had experimenting, and I’m glad to finally see a turn based RPG whose experimentation extends beyond 10% borderline useless increases in sheildcrafting or hammastery.

It plays like an updated, expanded “Baldur’s Gate”, as directed by Michael Bay, with all the fun and frustration that would promise.

Not written by the Baymaster, though, thank the gods. It’s a bit more whimsical than all that. As a story, it stars two player characters, both designed by you, as “source hunters”, a kind of medieval FBI/Templar outfit who show up to fight sorcerers. Not wizards, mind you, they’ll happily team up with or even learn all aspects of wizardry. Sorcerers. Occasionally, you see a monster you’ll kinda feel sorry for. I mean, at this point, surely re-death is a release for half-dissolved slimer.

They’re different from wizards, so we’re told. Significantly more powerful and dangerous, and apparently there’s something about the infinite access to magic that makes them a drastic and dark threat to the stability of the world. If you’ve read the Terry Pratchett novel “Sorcery” you know where this is going. (And if you haven’t, you really should do. Aside from magical tomfoolery it’s stuffed with evil Vizars, magical pies, and Cohen the barbarian’s daughter, who happens to be a hairdresser), Apparently the writers did. I’m just disappointed there wasn’t an option to deal with the games’ final boss by stuffing a half-brick into a worn sock and going to town.

So, it’s uninspired in places, and clunky in others. Then, why do I love it so much?

Because of how interesting it is to play, probably.

For example, there’s a moral choice system, but instead of earning saint or bastard points it channels into a whole bunch of different, smaller stats that make each character feel like an individual. Ok with capturing thieves when they’re starving, but not the type to kill surrendered orcs? Idealistic and merciful. Forgive the ghost of a murderous lighthouse keeper but force the local cowardly police forces into exploring the haunted lighthouse? Forgiving and pragmatic. There’s whole bags of these things, and each helps with specific skills, rather than just piling up uselessly. And, since this is a game about playing two roles at once, there’ll be times when you want your two main characters to disagree. Then, you’ll settle it schoolyard style, with rock, paper, scissors.

It’s just interesting, honestly. It does things I haven’t seen done in a long time, and some that I haven’t seen before. If you’re even slightly interested in old school hard and interesting rpgs, you can’t hope to justify giving this a miss.