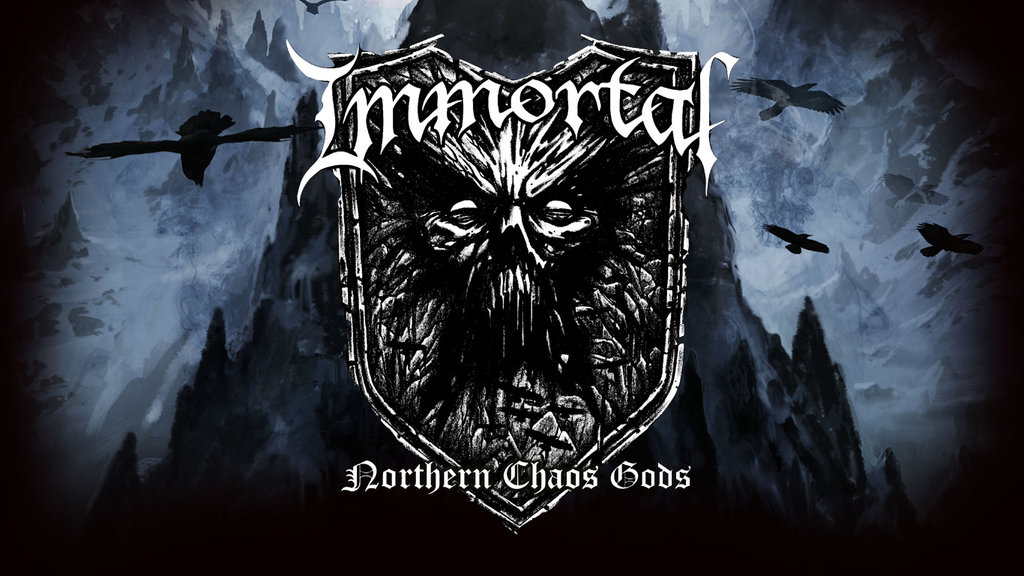 Immortal. Okay, we can do this. If you have not heard of Immortal before then you most certainly have seen pictures of their members in some fantastic pose in the woods. The band’s face paint has become almost iconic in the realm of heavy metal and the name Abbath is almost as recognizable as the band. Immortal, as a band, has become inseparable from the history of Norwegian black metal with its members intertwined with the other bands that have become famous and unfortunately infamous. Immortal, in 2018, is different as the classic trio has been reduced to two bands with Abbath Doom Occulta pursuing his own solo career as just Abbath and the rest of the members retaining the iconic name of Immortal. While Abbath’s work in Immortal was undeniable in the shaping of the band’s quality and legacy, his absence has given the chance for Immortal’s newest record to become a proving ground for merit and quality. We have seen this scenario before and for the most part we all know the result. Immortal’s resolve as being a ferocious black metal act seems to be real as Northern Chaos Gods sees the maelstrom of previous records retain now harnessed by two members.

Before going any further, I must admit of not being the biggest Immortal fan. Aside from some key records much of their discography is a mystery to me. Perhaps because of this I was pleasantly surprised at the consistency and raw power which is bound to this newest record. While still being a professionally mixed black metal record on a large label, the heat and aggression rests on the two focal points being the shredding guitar and the pounding drums. Black metal, in 2018, is a diverse genre with almost endless avenues of decent releases. A big name on a big label is usually something that is rare compared to some of the newer acolytes in the genre. While Immortal’s last record was in 2009, the space between the sound of All Shall Fall and Northern Chaos Gods feels like a few days rather than almost ten years between sounds. This I can equate to the musicianship that has been worked into the foundation of this band.

What Northern Chaos Gods does is remind listeners and even people who may know them by name more than actual work is that Immortal is a black metal band that still stands above most others in a very crowded genre. The sound of Northern Chaos Gods is contemporary while still being engaging with a production that does not try to pander to lo fi aesthetics nor the desire to dynamic the fuck out its sound. It is both throat ripping and sustainable and is more than something I can say for other bands who have lost their iconic front man. From the rhythm of “Gates to Blashyrkh” to the nearly 10 minute closer of “Mighty Ravendark,” Immortal continues to be relevant despite the sound of black metal being larger than one simple explanation. Come for the sound of icy winds tearing through the air and stay for the heat of the skin when it is bruised from the cold.