MTG / D&D: The Ruins of Zendikar 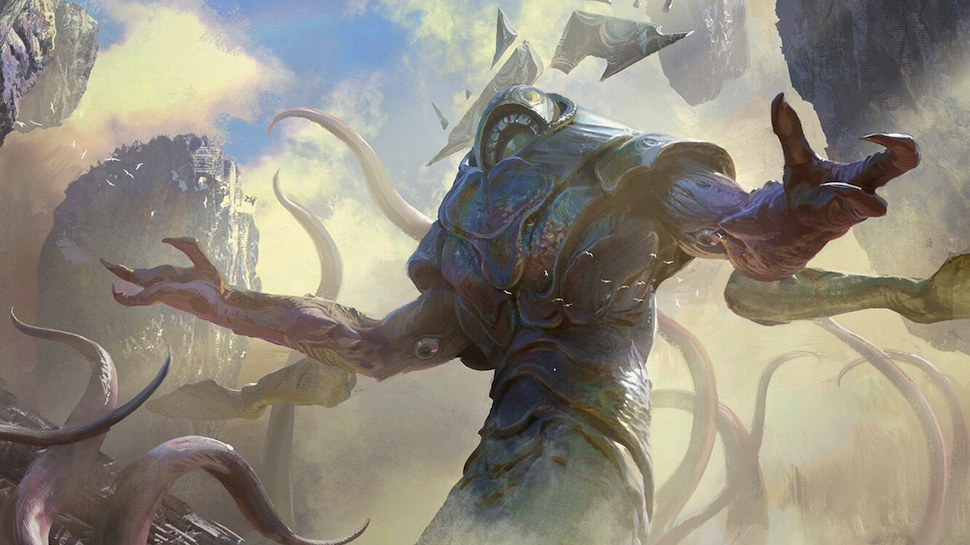 Zendikar is a dangerous world of lethal risks and priceless rewards. From the perspective of its inhabitants, it is a hostile place that seems to be actively trying to kill any creature that has the audacity to live there. The danger is unrelenting. Precarious terrain, cunning predators, and natural disasters on a massive scale all present a constant challenge to survival— as do the unpredictable ripples of change that wash through the plane, known to its people as the Roil. Even the mana that suffuses the land is wild and hard to tame. It feels almost alive to those who wield it, and sometimes causes the land to manifest magical effects much like spells. Zendikar is a plane of deadly peril, but the denizens of that plane grow up strong and resilient, prepared for the dangers of the only world they know.

I enjoy playing Dungeons and Dragons. I also enjoy playing Magic: The Gathering. Naturally these two worlds would come together. They have. Previously my Magic playgroup spent four or five sessions adventuring in the world of Innistrad fighting the dark forces created by Magic artists, designers, and writers. Each expansion set for Magic the Gathering comes with a theme and often times world which is rich in detail and lore. Some of the more famous places created by Wizards of the Coast have included the Gothic laden Innistrad, the unique genesis of Dominaria, and the dense urban fantasy of Ravnica. In Beginning in 2016, Wizards has been releasing supplementary products called the Art of Magic which showcase the artwork and world creation for each set. Along with the dense hardcover book is a free online supplement called Planes Shift which takes the ideas and lore and converts them into mechanics for Dungeons and Dragons. In 2016, the first Plane Shift conversion was released for the set Zendikar The original Zendikar block was released in 2010 as well as a sequel in 2016 called Battle for Zendikar. Both sets told the story of dangerous landscapes, sleeping alien gods, and lost ruins full of secrets and mysteries. With a set which has lived in fame due to its lore and expensive cards used for tournaments, Zendikar seemed like a perfect place to begin a new campaign. 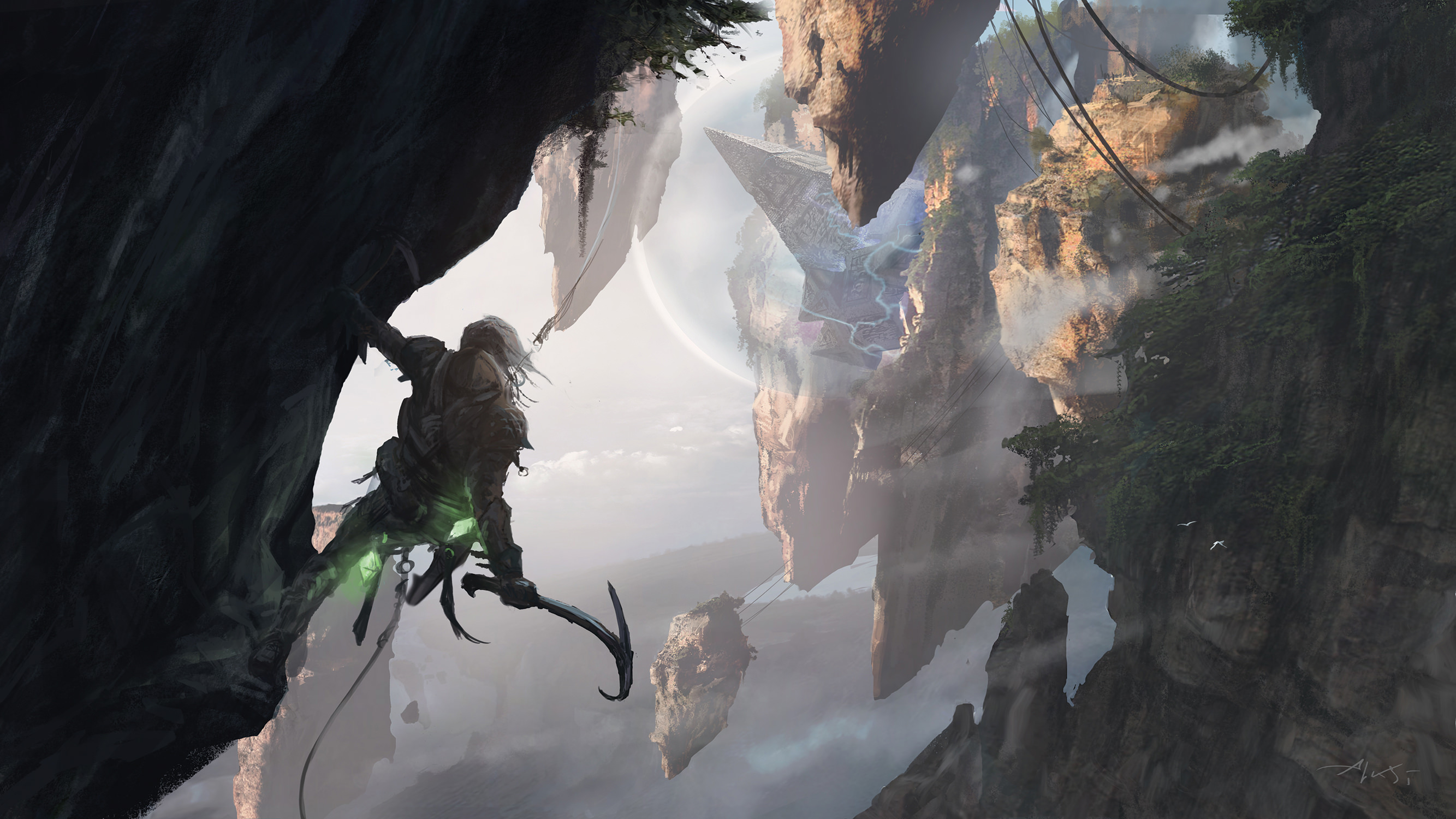 For anyone intrigued in the idea of campaigning in a Magic universe, the Plane Shift supplement gives a wonderful start to crafting story ideas. It is not a structured campaign but rather lays out races, classes, and a brief bestiary for use in a homebrew campiagn. Previously when adventuring in Innistrad, I used a fan made adventure called Army of the Dammed . For Zendikar there was less involvement from the community and from what I have seen not much documentation on capiaigns compared to other official adventures. One forum post I saw answered the question of a prewritten Zendikar advenutre with the suggestion that they “make their own damn story.” This sounds great as Dungeons and Dragons, as particular 5E, is very forgiving to bend, twist, and break the rules to suit whatever fancy is desired by the players. Even though each Magic the Gathering world has its unique landscape, one can pull back enough to get a general idea. For Zendikar, it is the classic theme of the Lost World. Based on the novel of the same name, Lord World tropes host dangerous monsters, hostile environments, and untold treasures for would be adventurers. Though Zendikar has an additional story of three alien titans being trapped in surface, the lure of Zendikar attracts brave delvers which scour its ruins for secrets. Even though things like the Eldrazi, Kor, Merfolk, and the massive terraforiming storm known as The Roil may sound entirely new the locations of caves, ruins, and deadly jungles are at home within any GMs mind. 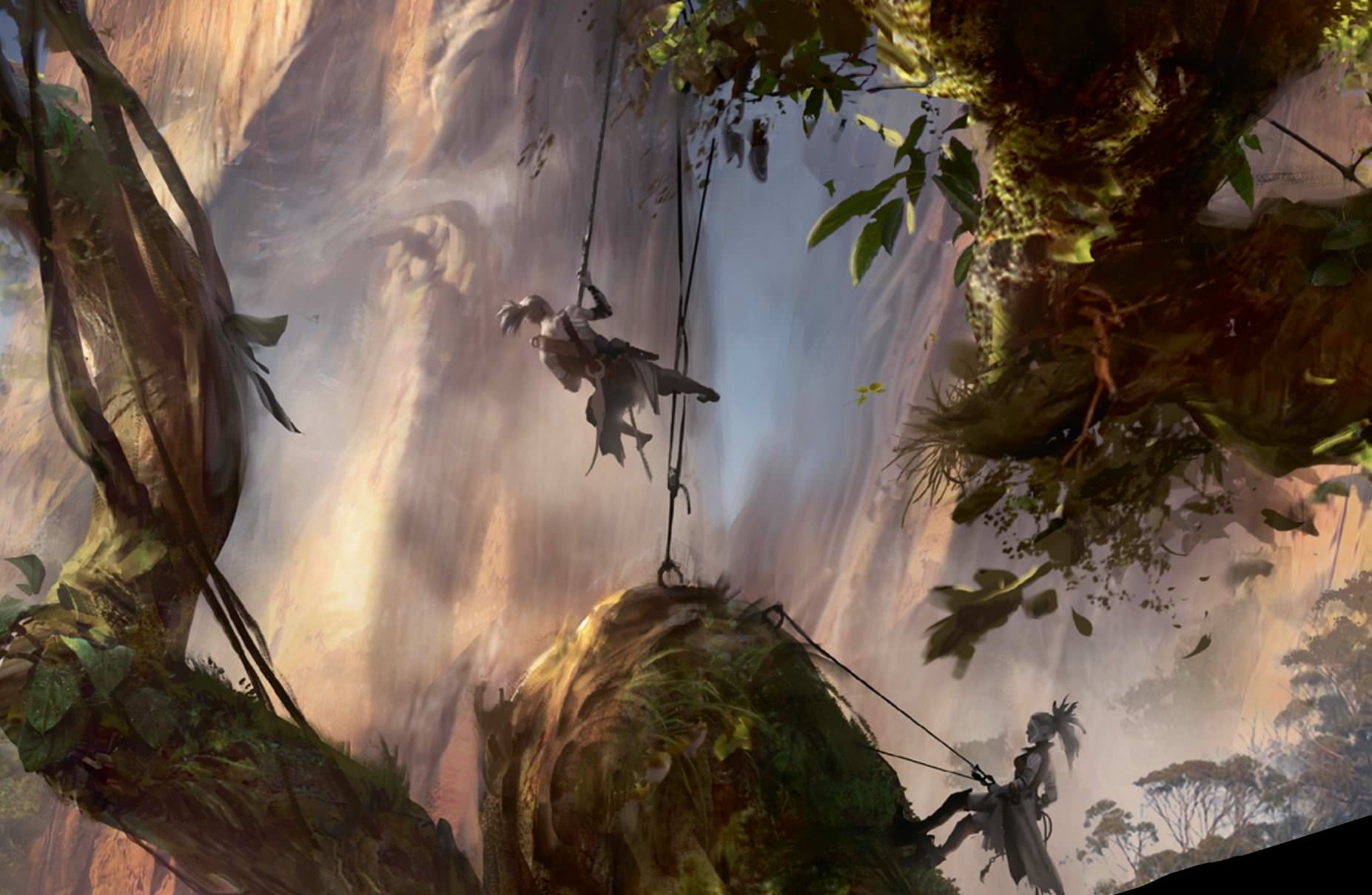 While I just mentioned that it is an easy hack into the world of Zendikar, a knowledge of the lore is valuable for players who might be looking for dense storytelling. The actual story of Zendikar and the titanic war which engulfed its landscape is vast and somewhat intimating. This is further complicated by the fact the story is scattered across novels, cards, articles, and a myriad of other narrative morsels. The Plane Shift guide does a fantastic job of breaking down key events and possible jumping off points for players. Even the somewhat awkward party makeup of a merfolk, two vampires, and a human can be worked into a story given the right creative tuning. Zendikar comes with little resources and much like its aesthetics is a wild and uncharted vista ready to be shaped. There was never a map officially released and much of the work, like the below map, have been done by fans who shape the world with their own fantasy cartography.

This campaign will be an endeavor in planning and research as resources for Zendikar are spotty at best and at worst have be retrofitted over time. There are so many places which are only mentioned by name or have passing reference by its main characters that it provides players an opportunity to add to the story. Zendikar does have a narrative arc though its protagonists (The Planeswalkers) and its Antagonists (Eldrazi) are so mythic in their power and actions, the choices of a few level 1 characters feel minuscule and even unimportant to the story. This is why I wanted to find a quiet place and explore the world of Zendikar without having to get involved with the inevitable war. The players should feel like their choices matter and their actions have an impact and designing a campaign in a world not originally written for role playing games requires not only reverence to the story but also creative liberty to make it fun. We shall see how it goes. 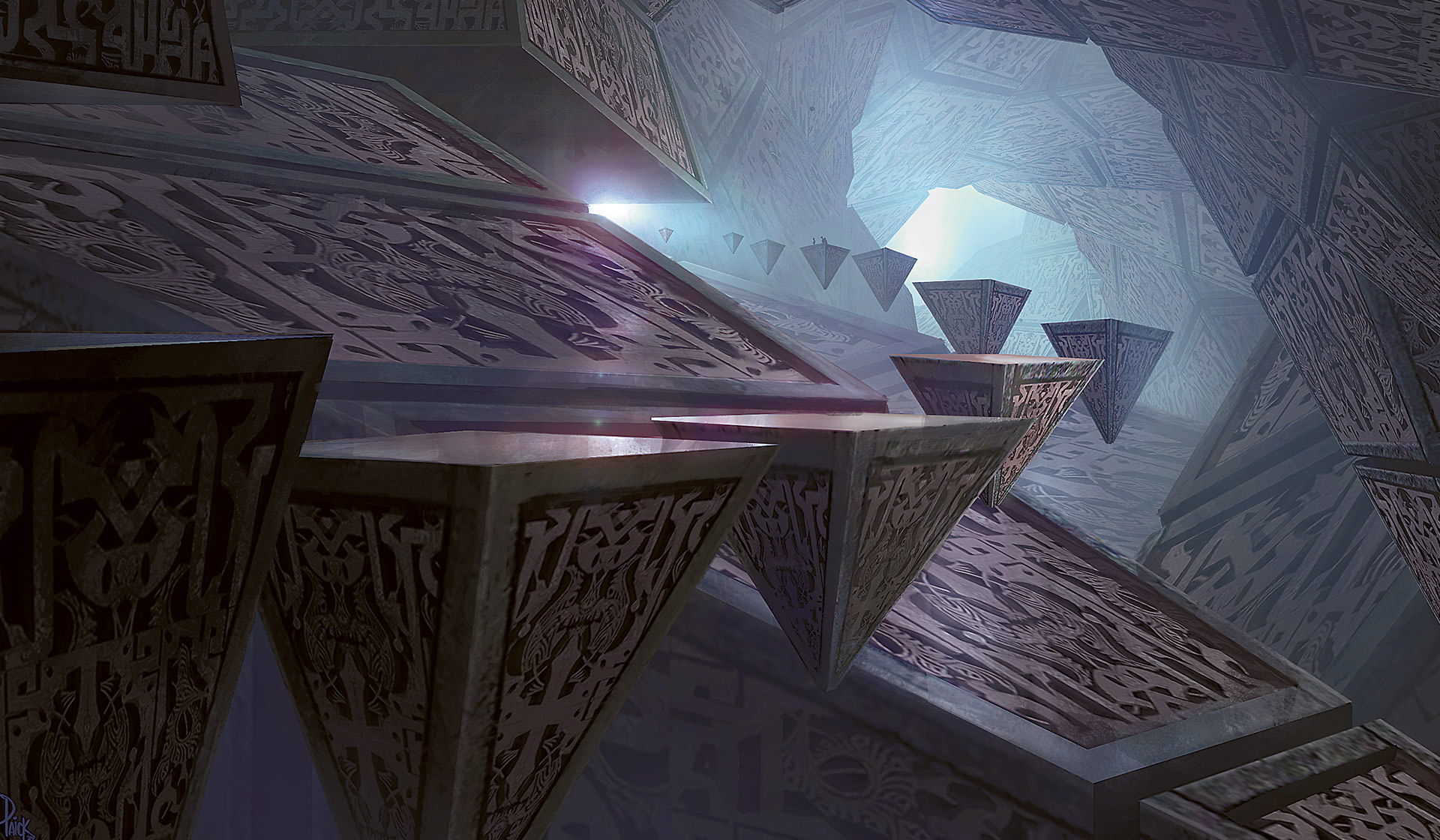 For our story, we begin in the free city of Nimana, one of the last bastions of humanity before the fetid swamps of Guul Draz. Far from the famed vampire city of Malikir, Nimana is a heterogeneous hive of infamy where explorers, lowlives, and opportunists of all alignments come to prey upon the weak or unsuspecting. Javad Nasrin, author or the famed journal detailing the exploits across Ondu, has charted an expedition which will take them across the lands of Guul Draz, Akoum, and Bala Ged. Whether scholar, mercenary, guide, or something not stated, these adventurers comes with different purposes all with the same goal — to unlock the mysteries of Zendikar with its relics which are stowed in its unpredictably environment.