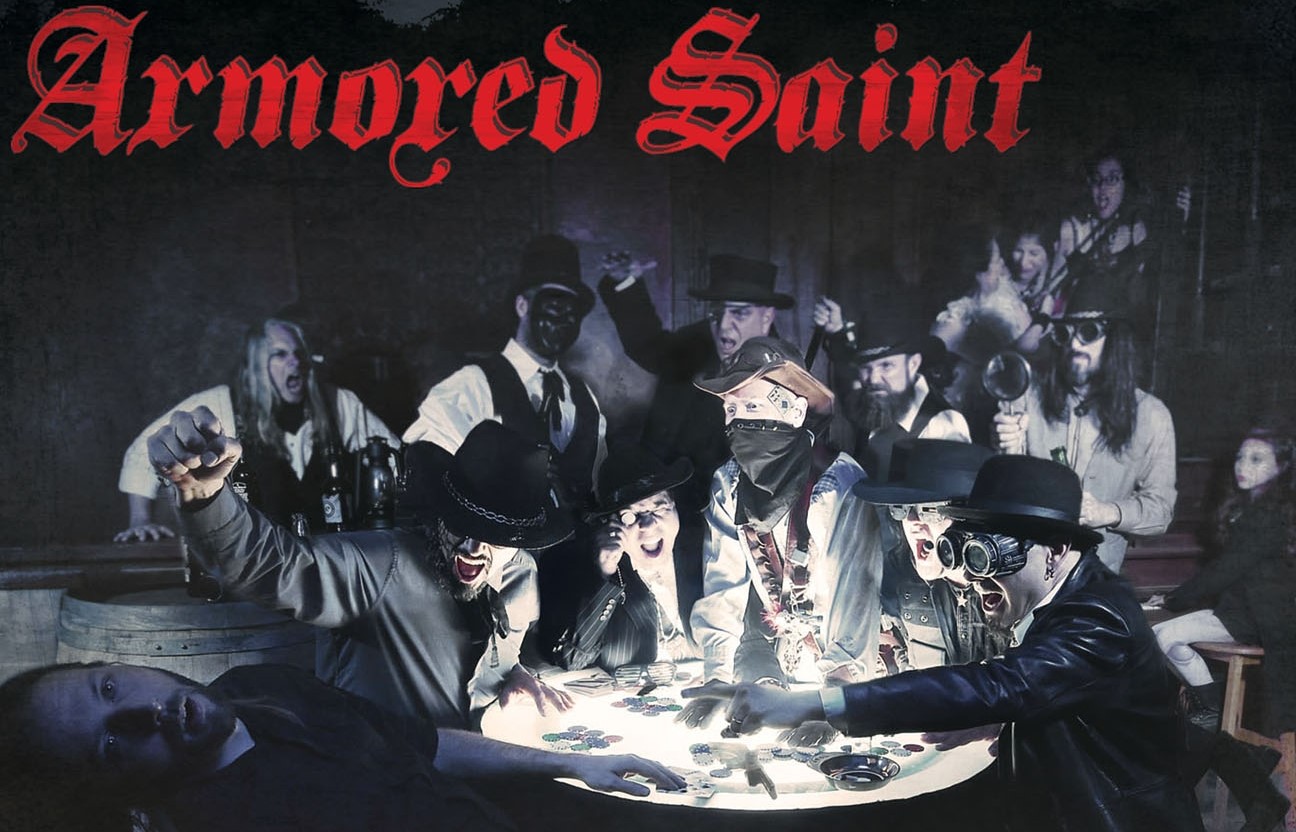 Armored saint are a band with a mildly troubled past, in much the same way that testicular torsion is a mildly uncomfortable condition. Emerging doused in hairspray and clad in leather during the eighties, they’ve struggled in and out of existence more times than Marty Mcfly’s extended family, and for about as long. After a 1983 formation, they put out some real heavy metal before disbanding again in 1993, when lead vocalist John bush left for Anthrax and the rest of the band just left. Since then they’ve wandered back to reality just long enough to put out a couple of notable albums before disappearing again. I’ll let you decide whether that has anything to do with their involvement with a certain demonic puzzle box.

They’re back now with their first in five years. I just hope I don’t have to wait another five for their next one.

The band comes together pretty fantastically with the natural chemistry of musicians who really, really, know what the fuck everyone’s doing. Electric guitar solos blur into distorted jazzy interludes and back again without ever sounding dumb or misplaced and the lead vocalist’s every word is an advertisement for why Anthrax wanted him in the first place. There’s an eighties feel, sure, but it’s how the eighties are remembered, not how they actually were. That means a shortage of stupid ballads and overblown dick swinging swagger and a heaping helping of everything that made the decade great, like big hair, gritty singing, jazzy guitarwork and perhaps just enough dick swinging swagger.

It’s a testament to this album that I can’t pick a favorite song. “In an Instant” stands out for its gentler pace and seriousness. As the band’s tribute to the Boston bombings, it’s probably the best serious song to ever use the line “grab life by the balls” and somehow maintain its sombre tone. In contrast “That was then, way back when” is both a simultaneous attack on Facebook overuse and past life regression, from the perspective of a self-described has-been.

That they’re able to take a swing at a massacre and a buffoon in the same album without either feeling out of place is pretty fantastic in itself, but the crowning achievement has to be the final track, illuminatingly titled “Up Yours”. Serving as a kind of thematic bookend to the inherent complexity of the album, it demonstrates a keen understanding of the art of metal, and echoes an impactful sentiment that many of its listeners will have a keen understanding by yelling “Up Yours” over and over again, with further suggestion to swivel. It’s a feeling you’ll be familiar with if you’ve ever heard some overeducated tit trying to justify his love for a dumb but fucking enjoyable song by using as many stupid words as possible. I fucking dig it, and it’s exactly ending this album deserves.

Win hands Down is just that; a fucking success that I challenge anyone to dislike.