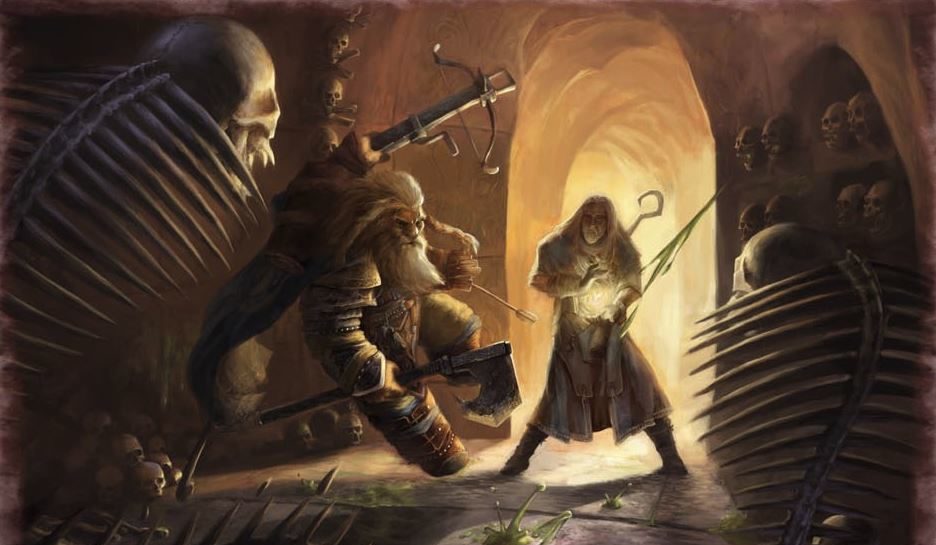 The Curse of the Crimson Throne is a long campaign. With six chapters, the entire story begs the players to not only maximize their characters but also be engaged for an in depth narrative. The Dead Warrens is the climatic ending for the Edge of Anarchy chapter which and sends the party down into a labyrinth of tombed tunnels in search of a body of a Shoanti native. Yes, hold on, let us back up a bit.

If you remember last time, the party was rounding across the rooftops of The Shingles in search of the accused assassin which is really just a scapegoat by the quite obvious evil Queen. After securing the accused and sending her into safe hiding, the party travels back to the quest giver, Cressida, only to find out she has yet another undertaking for the party. I mentioned before how this sequential quest structure is a bit canned but for the purposes of journeying through the city, it is not that bad. The encounter with the Shoanti sets up the existence of the Cinderlands, a place I have read comes into play later in the campaigning. Basically, the Shoanti are the native population and there exists racial tensions among the tribal people and the city dwellers. This tension led to a native getting killed in the riots and to ease a possible race war, the party must find the body of the tribesman which was taken by none other than Lamm’s son Roth. 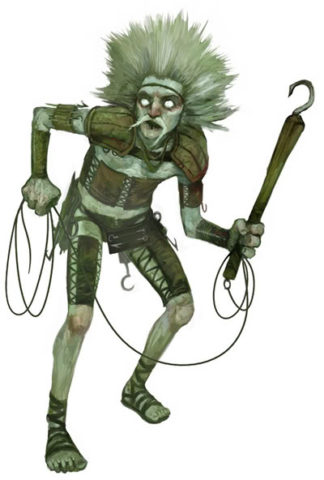 Dramatic music! Actually, lets back up a bit. The reveal of Roth Lamm was undercut by the fact that none of the party remembered the name of the first villain but after explaining they should gasp made for great fun. This forgetting of key details is going to be common among players who have full time jobs and other things not involving wands. I have averted this problem by making a shared digital document which acts as class notes. This doc shows a summary of events, important NPCs, and quick rules regarding commerce and buying magical items. This document is a scaled down version of websites like Obsidian Throne which I ran in my last campaign but was overwhelmed with the amount of things one could do. Google has made shared documents easy and RPG campaigns has about as much document processing as office work so one can make it seems like they are doing work while calculating how much gold is needed to buy this wand. after getting things situated though, it was time fro my party to delve into the first deep dungeon crawl since they talked their way out of most previous fights.

The Dead Warrens are a maze of collapsed tombs and mass graves populated by horrid creatures and dark servants of Roth. The “boss” of this warrens is a roiths apprentice, Vreeg, which pushed the party to the limits of patience and understanding. Not only was he spawning minions from his cloak of bones but permanent blindness on the tank made for a frustrating time for the party. It was only through resources luck and an exhaustion of skills that the party was able to defeat Vreeg, loot his lair, and gather the corpse for turn in. The fact that most of the party was blinded made for an interesting turn of events when they were suppose to witness the mock trial and execution of the kings assassin (another scapegoat) only to be averted by the dues ex machina and plot device Blackjack, the Pathfinder styled vigilante. Most of this action had to be told second hand to the party by on lookers which made for more comedy than drama.

In terms of party growth and GM to Player relationship, this Dead Warrens crawl was important as the party did not finish it in one shot like previous encounters. Marred by undead and continual traps, the players found their weapons unable to get through the damage resistance posed by undead. Everyone kept looking at the GM with a look of incredulity that this would be that hard. This is a moment when RPGs become less about getting together and lightly going through a story and diving deep into ones character sheets to find a possible way out of this situation. The hunter used his rat companion with Improved Empathetic Link to scout out each of the upcoming rooms for monsters. With this the party was able to avoid most of the dungeon and go right for the boss room. Sure it was probably a stretch for the party to cut through most of those encounters but in terms of problem solving, it was fantastic of the party to work it out.

A house rule and supported system for Pathfinder is the hero point system which for our campaign is looped in with the harrow reading at the beginning of each chapter. Because the harrow points are incredibly narrow and pithy with their bonuses, the harrow reading gives players hero points which are circle bonuses that can be used each chapter. Some of these are minor like re rolling to major like bargaining with the gm for story details. The hero points can be used however the gm wants from in game stuff to out game stuff like a hero point to whoever buys pizza. These tools are important for our group as incentives to stay engaged and connected with ones character.