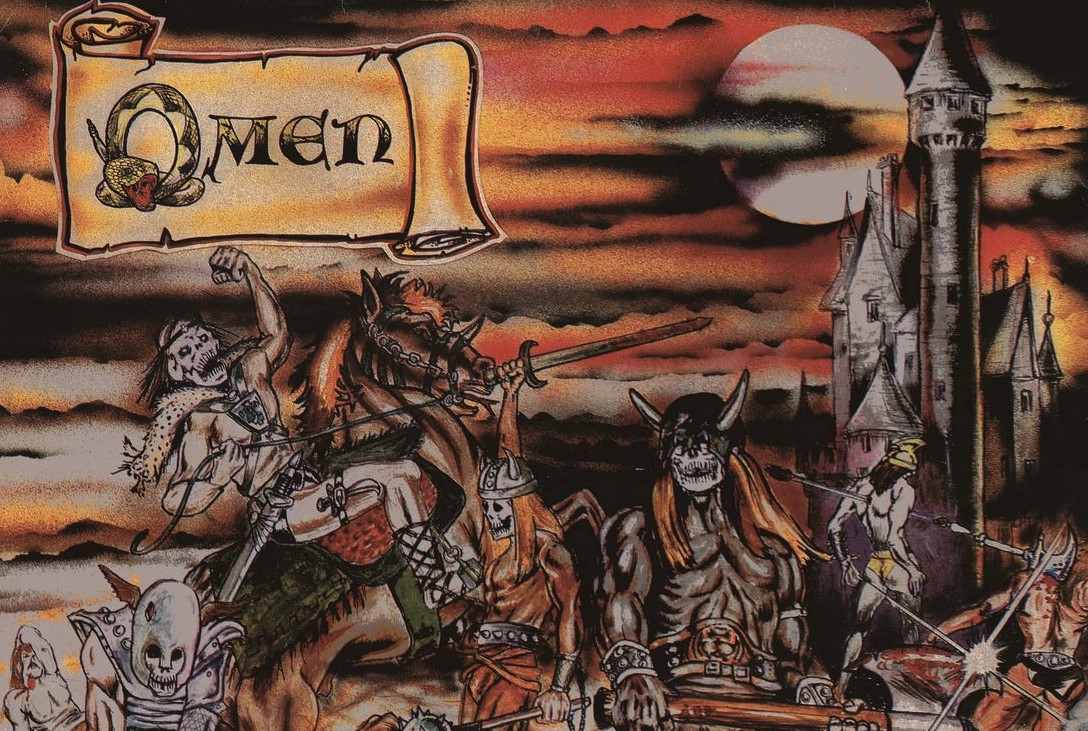 “In the days of darkness, men feared not the sword and the lance, Nor did he fear the beast of fire… He feared… The Axeman!!”

The 4th of July is a wonderful time to gather with friends, drink in other people’s yards, and spin classic American heavy metal records. While all of those things may not happen exactly as I want them to, this weekend should be used to make your way through a time when power metal was an American invention, before Europe made it into what it is today. United States Power Metal (USPM) has a wonderful history that has been touched upon briefly in my other reviews of Manowar and Cirith Ungol. I believe that Omen will be the first time we get serious with speed and power of the sound.

If you have read any articles on the history of power metal, you will know that the style, while typically thought of as fast, flouncy, and filled with fantasy, was once more aggressive during its infancy. USPM is a wonderful era to immerse oneself in as the albums are not as steeped in fantasy as later records rather rely on bold sounding speed. If power metal like Helloween, Rhapsody, Blind Guardian, and Stratovarius are of elven make, United States Power metal is more akin to a creation made by dwarven hands. Am I really going to refuse to leave this garage for the backyard barbeque and sit here coming up with fantasy comparisons for types of metal? It is the 4th of July. Why in the world would I not do this?

Omen had a decent career following their debut in 1984. The two records following their debut have grown to be respected in their own right following a present renewed interest in USPM by archivists. Omen, as an entity, however is forever tied to their debut album, Battle Cry, for its initial explosion of speed and aggression. 1984 was a giant leap forward for power metal as Savatage’s Sirens was the only record to predate this year filled with Manowar, Warlord, Griffin, and Queensrÿche. Though there are a dozen good records that filled the mid 80’s, Omen’s Battle Cry will be…well…a battle cry for a style that could be more appreciated if more people knew about it.

Whether it is the near ridiculous painting on the cover, the grinding tempo of the record, or the lyrics that cover a gamut of fantasy material similar to an issue of Heavy Metal Magazine, Omen’s Battle Cry is near perfect in its execution of escapism and confidence as a metal record. Though in every right, the absurdity of songs like “Be My Wench,” and “The Arena” should have really soured over the decades, Omen has found themselves aging gracefully and Battle Cry hardening as a stone monument to stand as a…well…battle cry for anyone who gets excited about lesser known chapters of heavy metal.

Whether you have never listened to power metal from the United States or already find all of this well documented knowledge, use this as a chance to celebrate the forging of Freedom with Dragon’s Breath. I know that my weekend will be filled with hot dogs, sparklers, and a steel helmet with matching battle ready axe.