TWILIGHT OF THE GODS – Fire On The Mountain 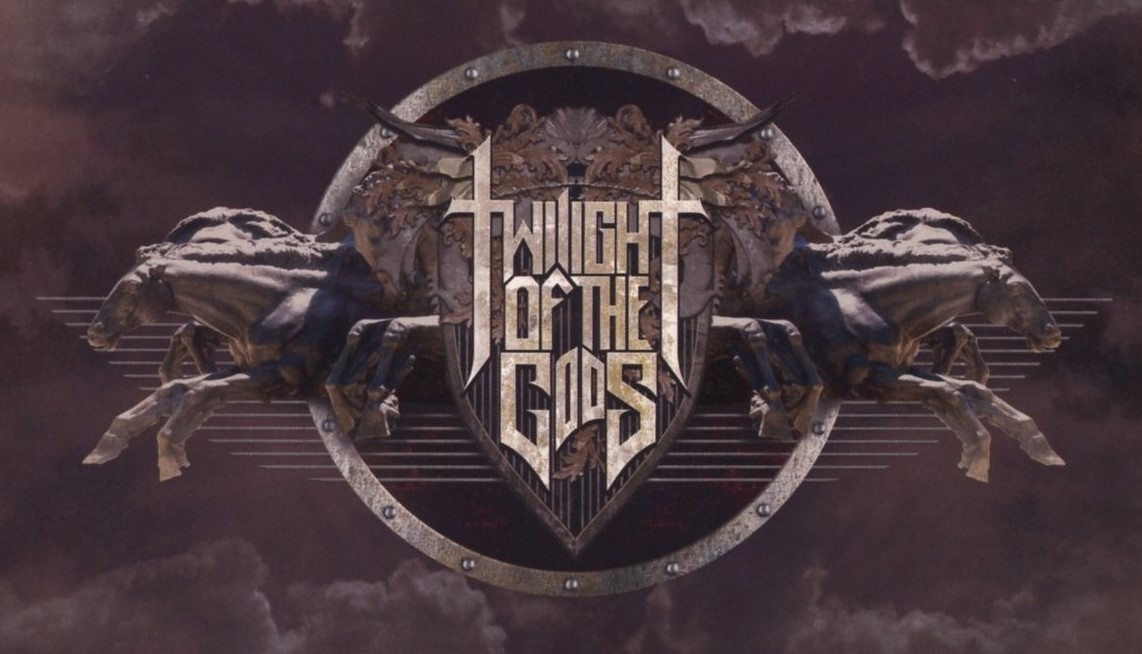 “Fire Upon the Mountain” is the first album from Twilight of the Gods, a supergroup consisting of Frode Glesnes (Einherjer), Nick Barker (dude has been in a million bands), Patrik Lindgren (Thyrfing), Rune Eriksen (Aurora Noir, ex-mayhem) and Alan Averill (Primordial). They formed as a Bathory tribute band, but now are recording original music. This very awesome lineup, leads to high expectations.

First off, this album is in the style of classic heavy metal, not so much “viking” metal. Every track is a mid tempo chugger, no blasts to be found here. The album starts off with the dark epic “Destiny Forged in Blood.” It shows off the production style quite nicely, crunchy low gain guitars, REAL drums, bass you can hear, and dark reverb laden vocals. A cool track indeed.

The second track “Children of Cain” starts with an almost classic rock riff, followed by some very groovy drumming by Nick Barker. Its actually really cool to hear him play in this style, as most things I recall hearing him on are all very extreme. It shows he is a very versatile drummer. In turn, it almost sounds very Mercyful Fate like. I think this is also where Alan starts to shine as the vocalist of the band, giving a very emotional and epic performance on this song. The solo section is awesome, and leads into an awesome ending.

The title track “Fire on the Mountain (1683)” is another epic (I keep using that word, one should just assume each track on this album can be described as such). It is about the Battle of Vienna, a bloody and holy battle. Read all about it here, and live it while listening to this song. The chants and pounding bass can help you visualize it in all its ancient brutality.

“Preacher Man” takes the album to an even more classic rock sound, and the lyrics are pretty rad. Basically its Alan realizing he is a preacher himself, “I never had time for preachers, until I knew I was one” “I’ve been on the stage, breathing fire and brimstone from the pulpit.” Awesome, and a little funny as well. I am sure “Sword of Damocles” is about nuking the middle east, and the fate it will bring upon the entire world. Containing lyrics such as “Metal phallus to the sky, mutually assured nuclear perdition,” its good to hear a metal band being topical, while staying poetic. A great track indeed.

Onto the final two tracks… “The End of History” is the longest track on the album at 8:13. The lyrics are more cryptic that the other songs, but it seems to be about the end of the world, current historical timeline, or at least the end of society as we know it. Again, some excellent lyrics. Even learned a new word, “Orison” which means prayer. The bridge section is the best part of the song, very doomy, melancholic, topped off with some spoken word (gotta love that). The album closes with “At Dawn we Ride,” its a good track, but I think they should have closed with “The End of History” as this song isn’t quite as epic of an ending. Still, “the acrid sweat of driven steeds, wild eyed with drawn teeth” is an awesome lyric.

Overall, this is a very solid album, with great musicians playing on it. The lyrics are very well written and intelligent, and are delivered with much dark grace. It does take a few listens to grow on you, but it is definitely worth your time. It is really cool that a ridiculous super supergroup band like this even exists, and even cooler that they formed under the sign of the legendary Bathory.

Tags: Fire on the Mountain, Hollywood Metal, Twilight of the Gods, Tyler S
Categorised in: Metal