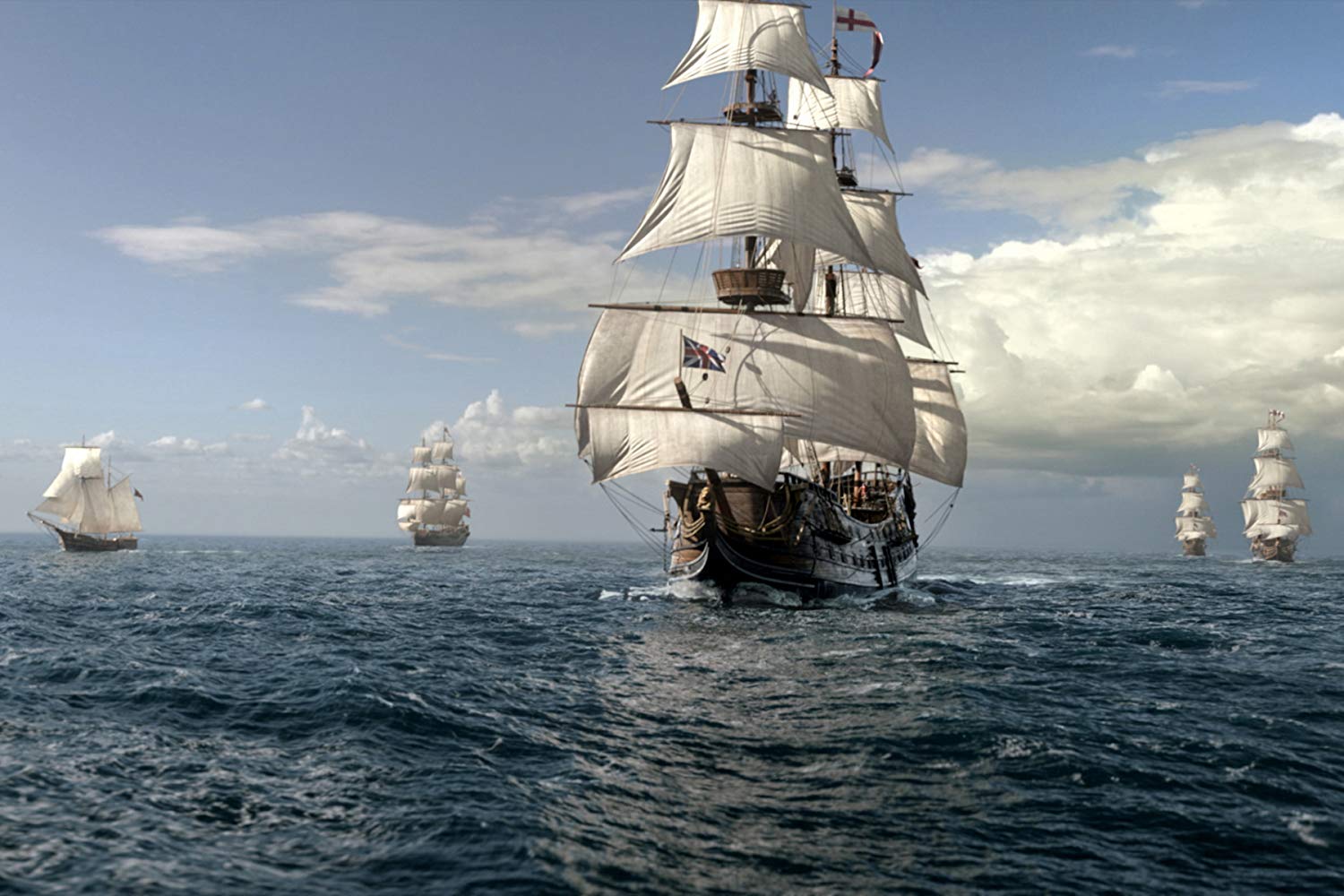 Oh fuck, what in the hell happened during the last two seasons of Starz series Black Sails? Well, if you have just watched the previous two recently, this whole series is sending you 60 miles down a careening hill and you do not need a recap. If you are like me and it’s been a year since you sailed the high seas, the first 5 minutes of Season 3 is supposed to catch you up. Fuck, I am still lost. I am even going back through old reviews trying to refresh my memory of who is who, what is happening, and where the main plot ended. Let us start at the main prize, the Macguffin, of this whole series. This big fucking gold ship.

Black Sails follows the exploits of an ensemble of roguish characters ranging from devilish seafarers to less than savory scallywags residing in the Caribbean during the golden age of piracy. Through many plot lines, a Spanish treasure ship appears and is being sought after by many people, all with different intentions. As of Season 3, there are 15 regular characters on Black Sails and in 2 of those seasons they have covered enough ground for 6 seasons, or an entire series of novels. Jesus. Spoiler. You do not see Blackbeards face during the first episode but my goodness does he look at home in 2016.

This whole bounty of plots may sound exciting until one realizes that no narrative is given time to dig its feet in the ground before all principal characters flip flop, forge alliances, or declare war on each other as new characters are being introduced. Let us take an example of what is currently happening. Flint has just been rescued from Lord Ashe in Charles Town after returning Ashe’s kidnapped daughter, who ends up with his companion, Mrs Barlow, shot in the head by the guards during a moment of passion regarding Ashe’s involvement in Flint and Barlow’s exile. Breathe. Flint is being tried for piracy but is soon rescued by his crew headed by Charles Vane who, up until now, was the main antagonist. While this is happening, Jack Rackham, Anne Bonnie, and Max the prostitute have found the treasure ship and are now squaring off to fight other people for the prize. Fuck. Fuck. Fuck. Fuck. Alright guys and girls, hold onto that stool, let’s get acquainted with new characters.

Despite my seemingly irrelevant attitude to this show, I have thoroughly enjoyed sailing the high seas of it. The ability for its producers to take history and children’s fiction and warp it into pulp drama is, at times, entertaining despite not working consistently. Season 3 opens up with a dark dialogue between three men and a newcomer, who turns out to be Blackbeard. Blackbeard’s arrival seems to be gearing up to be the opposing force between Flint, Vance, and Rackham, who all have seemed to coalesce and are now somewhat working with each other. The regrouping of allies and villains has finally decided to put every well know character pretty much on one side, and every lesser known and new character on the other. This season may workout if this reorganization holds strong. “so how are we going to get out of this plot we gotten ourselves into?”

Flint, as a character, is growing and is perhaps the best part of the beginning of Season 3. In an unsurprising turn of events, Flint starts raiding towns and murdering magistrates who execute those accused of piracy. In a tense scene, an honest man begs for his life before him and his wife are gunned down by Flint, who has been jaded and hardened by recent events. Flint’s proposed narrative throughout this season will be the cultivation of fear from civilized society and to become a force of deadly reproach. This includes a slow metamorphosis into a grizzled version of the Robert Louis Stevenson character, which is entertaining to say the least. The opening episode ends with a new character, Hornigold, an outcasted pirate now working for England as a pirate hunter. The first episode closes with Hornigold chasing Flint and his men into a colossal storm.

While I could point out numerous times this show falters, Black Sails should be recounted as having excellence in setting. The sets and setting of each of these scenes is astounding from dank undersides of ships to large elaborate mansions. The hair, makeup, and costumes of each of the characters is convincing and never is there a point when computer aided scenery seems out of place. Though the characters and narration may not be 100% there, one can immerse themselves in the environments, which are painstakingly created for each episode. Season 3 may continue my affirmation for the setting as well as my uneasy attitudes to all of the characters involved. Perhaps this will be the season when things begin to change. I will be here, obviously, to tell you about it.