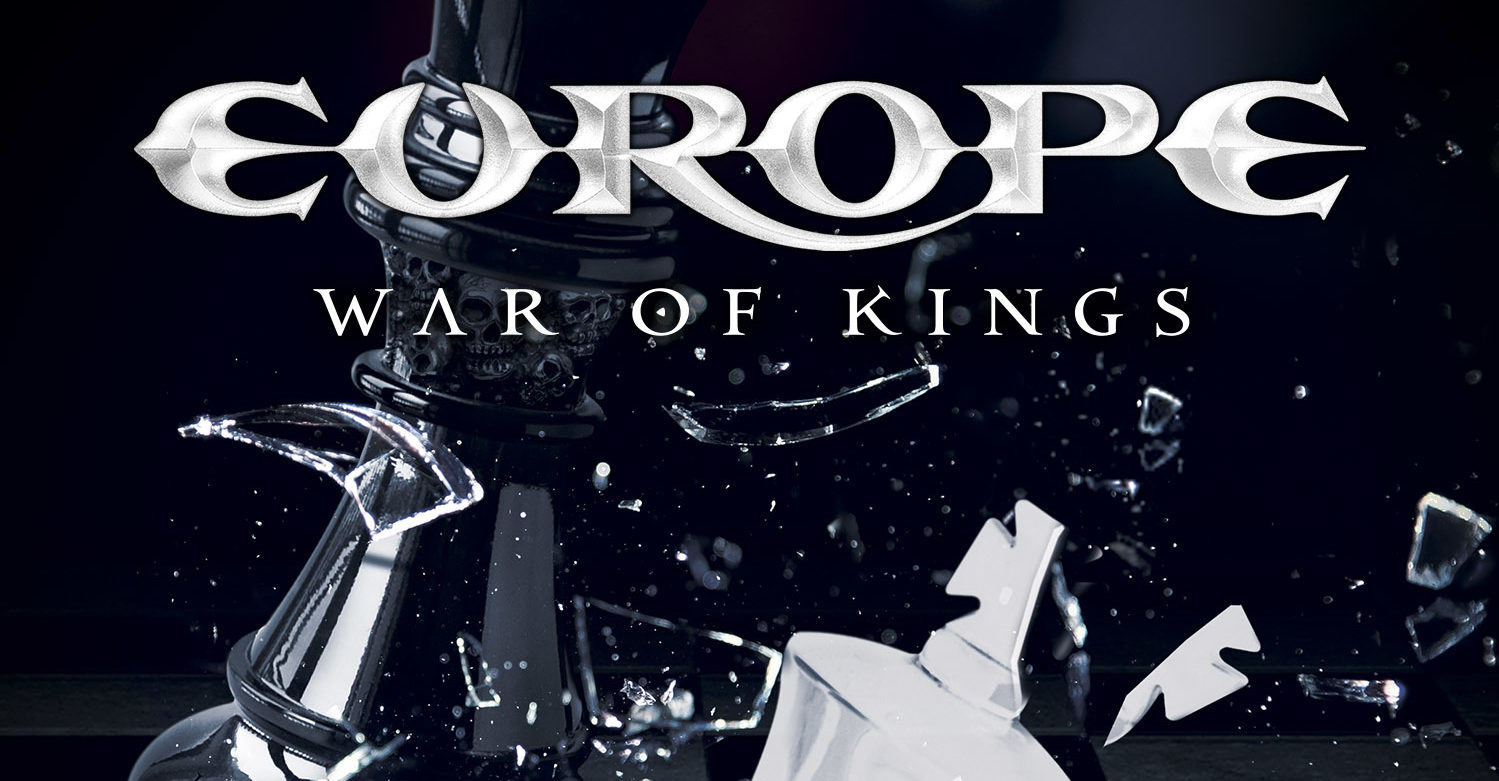 When thinking about a band like Europe, it can perhaps be easy to forget they had a career outside the ten minutes it took them to record “The Final Countdown”. It’s almost as though they existed just long enough to get it down before skulking back into their home dimension where somehow “seen us” is a better rhyme than “penis” for “Venus”.

Honestly, I’ve never been into them as a band. I couldn’t name one other album of theirs in their 36 year career. Obviously, I assume they’ve got other songs, I’ve even heard them live at one point, but it all seems like so much filler in contrast to what might be the world’s best bad song. My ignorance hasn’t stopped them releasing ten whole albums though, so with War of Kings I thought I’d discovered what they’ve changed over the years.

Not a lot, it turns out. War of Kings is unapologetic classic rock. Think almost bluesy rhythms and heavy, slow guitar work of the sort that head-bangers of old appreciated, if a little bit tamer. Not exactly as energetic of world shattering as the greats, but taking enough influence from them that it’ll sound familiar to veterans of that scene.

“Praise you”, for example, is the exact kind of smooth bluesy guitar work that would fit seamlessly over the top of 70’s fade-to-black love-scene set on a leopard print everything. That or a really classy porno. The whole album feels about thirty years old, though considering how overshadowed Europe was thirty years ago, it’s likely nobody would be talking about it even if it were released back then. If they were, they’d probably say how much it sounds like everything. Maiden, Sabbath even Dio are clear influences, though they never really match them in terms of lyrical complexity or brilliance. In fact, they make a couple of notable fuck ups.

My favorite is a particular line in “Light me up” that made me laugh out loud the first time I heard it. If you look up the lyrics, as I found myself doing sleepless at 4am, you’ll find it says “The girls were looking pretty and the booze began to taste so good,” which is so far so standard. That isn’t what I heard, not even close. I heard “…and their boobs began to change so good” because that’s what it fucking sounds like. I don’t know whether it’s his accent, my ears or a quiet inside joke the vocalist was having, but I challenge anyone to listen to that song and tell me they can’t hear that apparently loving reminiscence about pre-pubescent tits. The effect isn’t helped by a small vocal stumble just before “change so good” that’s just long enough to be noticeable without feeling intentional.

For better or worse, it’s also pretty much the only surprise on the album, everything else is exactly what you’d expect.

Aside from these occasional stumbles, War of Kings does its job as a reminder of who Europe are behind all that di di deee deee cheese; a perfectly enjoyable classical rock outfit.