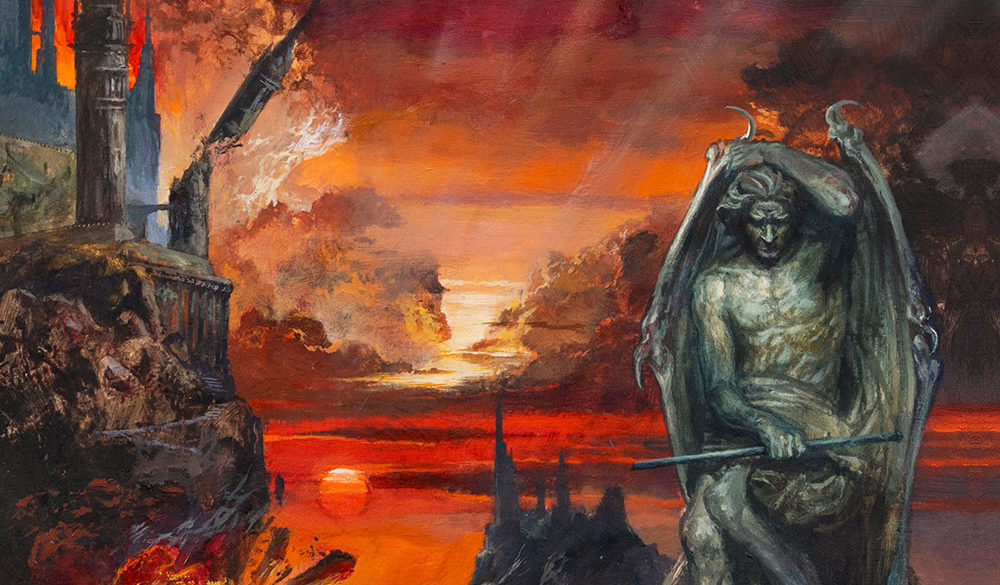 Angel Witch is old but an opener like that suggests they are finally reuniting for a comeback album. They are not. They already kinda did around 20 years ago. This British heavy metal band had their heyday in the 1980’s with a now iconic self titled debut. Following a long period of inactivity, Angel Witch reunited for a 2004 EP following another period of inactivity and finally a 2012 comeback full length. At the moment, Angel Witch is the project of guitarist/vocalist and only surviving founding member Kevin Heybourne. 2012’s As Above, So Below was mildly successful so it will be interesting to see what heavy metal luminaries can do in a climate which is much more receptive to heavy metal. The band continues to use old art in their covers with this one being an image of Guillaume Geefs’ The Genius of Evil AKA Stupid Sexy Lucifer.