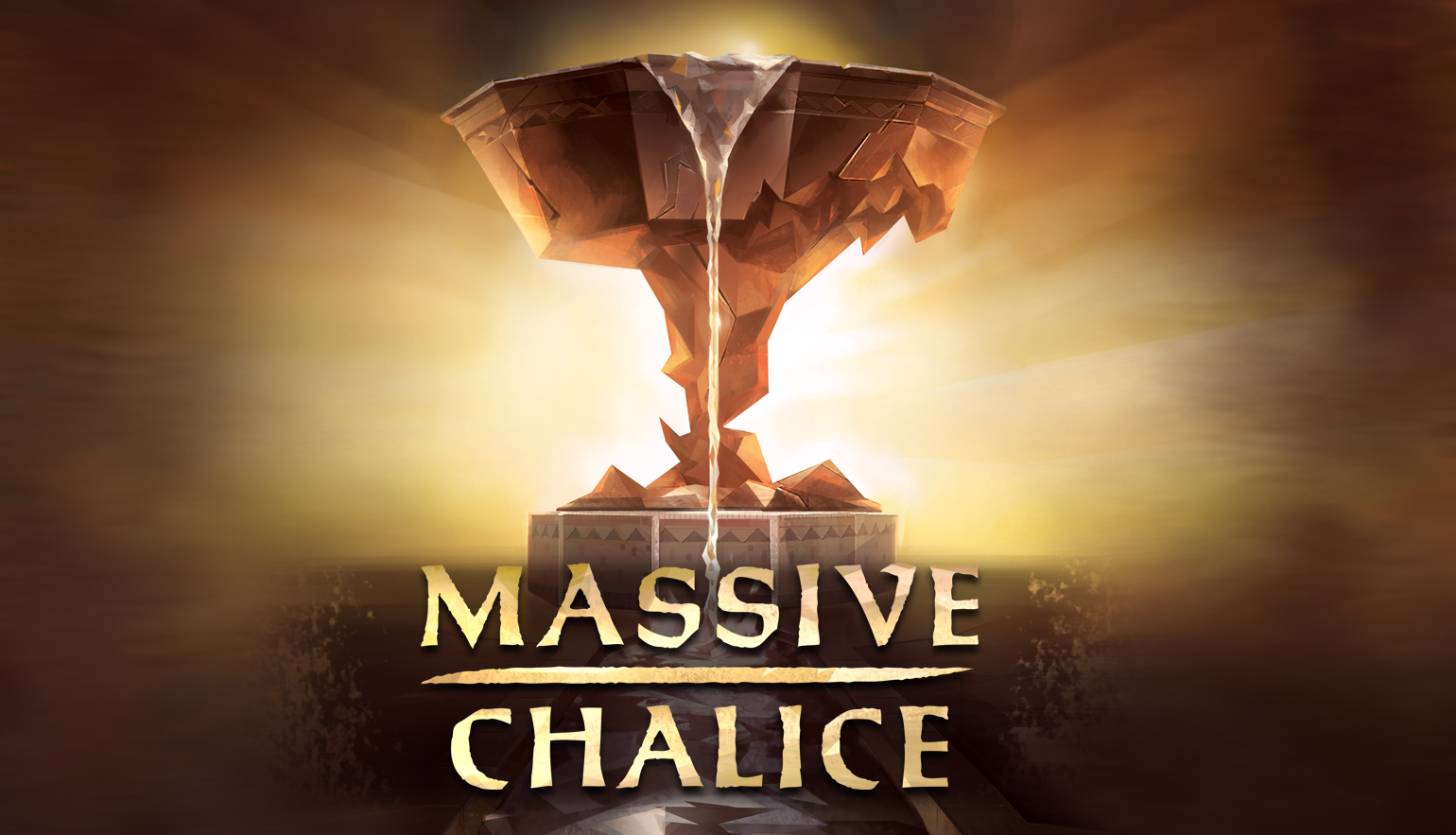 I want to like Double Fine games. I really do. They’ve got some of the best ideas in the industry and a history of producing fun (if misunderstood) games that transcend genre and convention, all while telling a damn fine story. Psychonauts, Brutal Legend and Costume Quest are all quirky greats and, while none of them are perfect, there’s enough wit and charm to outweigh any technical imperfections. I want to, but damn do they make it hard sometimes.

Massive Chalice (aside from sounding like a particularly mucky euphemism) is their latest release, emerging recently from that troublesome pit known as early access.

On paper it’s bloody fantastic. You take on the position as the ruler of a medieval kingdom beset on all sides by corrupting demonic horror. Fighting them off is very much an option, but reclaiming the rest of your beleaguered world is not, which is where the chalice comes in. You play as a (presumably mute) partner to two quarrelling voices who provide much needed charm and context for your empire creation. Nobody else in the game says a damn word, so you’d better like them.

Thankfully, this is a Double Fine game, so they’re well written with wit and charm. Unfortunately, it’s a much longer game than Double Fine seemed to think, so you’ll hear all their sound bites enough for the glitter to wear off before the end. And this will go on a while – 300 years to be exact. Your long term strategy is simply playing out the clock, punctuated by shorter x-com style tactical battles that do a lot to liven up the decades, though with just three really distinct classes perhaps not enough. Each of those monsters wants to headbutt me to death or explode me to death, fortunately I’ve got a harder, more explosive head.

Caberjacks are warriors by any other name, but they’re not fond of anything so flimsy as swords and axes, instead their weapon of choice is a log with a bit of metal nailed to one end. It’s a nothing short of a battering ram, and your barely trained zealots sprint around the battlefield, cracking skulls with them like it’s nothing. The ranged class isn’t much better, carrying what’s called a crossbow in this world and siege equipment anywhere else as kind of low rent Detritus, these guys have two specializations; stealth and the operation of a crossbow that could put a hole in a castle wall. The third option are a group of fragile and delicate alchemists who compensate for their physical weakness by quick-lobbing grenades at everything. This isn’t a game with a great deal of finesse, and that just adds to its charm. When fighting demons it seems there’s no kill like overkill.

While you’re managing your kingdom everything’s free, as makes sense in terms of the apocalypse, so the real currency of the game is human babies. Victories in battle are nice, but it’s hard to get attached to any specific warriors when you’ll have them for two battles, if you’re lucky. I think the intention is to become attached to their families, but because each member is entirely devoid of personality beyond a generic shout it’s tough to give a damn when the most memorable thing about them is that their great grandfather once scored a critical hit on a bruiser and gave you a surprise win. There’s some effort to differentiate the lineages with legendary relic weapons, but the simple act of not having siblings means they’re lost forever, so your best warriors will need to retire and start churning out babies as soon as possible. Not all traits are one’s worth passing on. Take this blind optimist, for example.

With the introduction of the marriage mechanic, one of the chalice’s voices tells you “Don’t treat them just like numbers, they deserve more than that,” but numbers is precisely all you’ve got to judge them by. None of them have anything approaching a personality, so your marriage choices will always revolve around the chances of making some more of those precious babies, and later the chance of those babies growing into decent warriors. While getting them raised by powerful warriors is important in the later game, powerful warriors train powerful warriors. Just don’t forget to churn out a never-ending tide of babies, because in about ten minutes your invincible squad of heroes is going to be long dead and babies are all you’ve got.

Very much a fantasy styled X-com, but without much of the complexity that keeps X-com from becoming repetitive. You’ll often find yourself dreading the battles, which is odd considering they’re the only excitement you get. It’s a problem of focus; rather than feeling like a game where you breed a powerful team, it feels like a nation building game where every minute or so you get interrupted by a tedious and risky fight. Permadeath is always on, too, which theoretically adds tension to the battles but in my experience just added more work. At one point I lost the last of my caberjacks and was forced to continue the game one class short, which is a pretty severe handicap in a game with only three to start with. Towards the end I found myself skipping battles entirely, just because taking the hit to my kingdom was more tolerable than taking the hit to my patience, and I just wanted it done.

It’s not all bad though. there’s a strange satisfaction to pruning a bloodline, developing a chain of worthless morons into a half decent force through relentless eugenics. Just don’t think too hard about your guys as anything but a collection of numbers, or you’ll find yourself bearing a unhappy resemblance to some of histories greatest monsters.