THE GENTLE STORM – The Diary 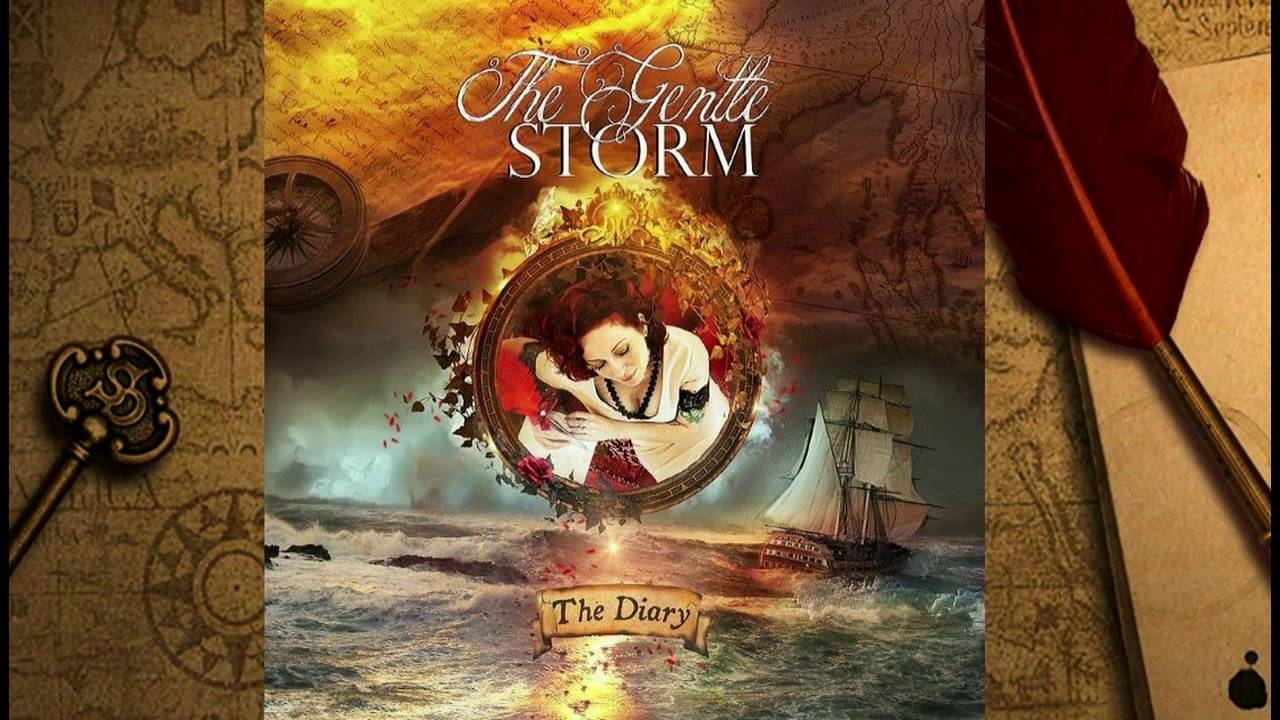 Though this is their first album, The Gentle Storm isn’t a new band. Rather it’s a new name for an old pair, specifically Anneke Van Giersbergen and Arjen Anthony Lucassen. Though they’ve worked together in the past (most notably in Ayreon), the Gentle Storm Isn’t like that. It’s not “Arjen and friends” like Ayreon clearly was. Honestly, “The Diary” feels more Anneke’s thing than Arjen’s, so feel free to inflame/suppress your hopes based on preference. I personally dig Anneke, so I’ve been polishing my warhorn in anticipation since this was announced.

If you don’t think you’ve heard of Anneke, you’re probably wrong. Having started recording in the nineties, she’s got twenty years’ experience with adding her particular blend of vocal brilliance, both to pre-2007 The Gathering and almost every other metal band who found themselves needing a female vocalist, from Devin Townsend to Moonspell.

Arjen Lucassen, for those that don’t know, has the look of a Scandinavian elf who has wandered into our dimension by accident and has decided to roll with it. He’s also the name behind the Juggernaut known as Ayreon, a prog-folk metal rock opera that occasionally gets him lauded as a genius. So, no pressure.

“The Diary” is a two-part album, but I’d be a filthy liar if I said I knew why. On one hand it does give a good opportunity to show Arjen’s musicianship, but on the other you’re inevitably going to feel a little bored about halfway through the second disk when deja vu sets in. The problem is that, as both versions have nearly identical vocals and rhythms, It’s difficult to determine why they bothered. This is especially apparent in “Cape of storms”, in which both versions spend the vast majority of their runtime identical to each other. I suspect I would have liked it a lot more had they mixed things up as they went along, applying gentle and storm effects as it made sense. As it is, the pressure to ensure every song worked in both versions seems to have marred development, meaning that for most of the album the only difference is whether or not the instruments were electric or acoustic. While that might well be said to be the point, it’s not one that I ever found myself interested in.

It also means that you’ll inevitably decide upon a favorite style after one listen, essentially wasting half the purchase price with a side you’re never going to listen to again.

On the other hand, there’s no argument that both versions are well done in their respective styles. The musicianship is as captivating as fans will be used to, and, though I can’t pretend to fully understand what all forty credited artists were needed for, there’s definitely an expansive selection of instruments at play, though it never feels as orchestral as you might expect.

On that weird third hand nobody likes talking about, it’s not a bad album. Not by a fucking long way. There’s some pretty fantastic moments, and the quality of the composition really shines through in the grand, sweeping “calm” half. The folk is strong with this one, and the impressive vocal chops of Anneke Van Giersbergen sound better than ever. If she were a man, I’d say it offered a flawless explanation of why she’s lasted so long in the business, but I can’t shake the feeling that sounds vaguely insulting. It shouldn’t. There’s a reason she’s been been in and out’ve bands since the nineties, and her voice hasn’t suffered a bit. If you needed just one more reason to pick this up, consider that this might be her best work yet.

“The diary” seems to be a pretty even mixing of their talents. There’s the slower, grander pace that Anneke’s voice seems best suited for, and the faster, heavier metal Arjen seems to relish in producing. I just wish it were blended. At fucking all. As is it just feels like they both recorded their own versions of each song and decided to release both of them rather than have to argue about it. The result is that we get two albums that are pretty great, but not the genre flipping world changer we might have.