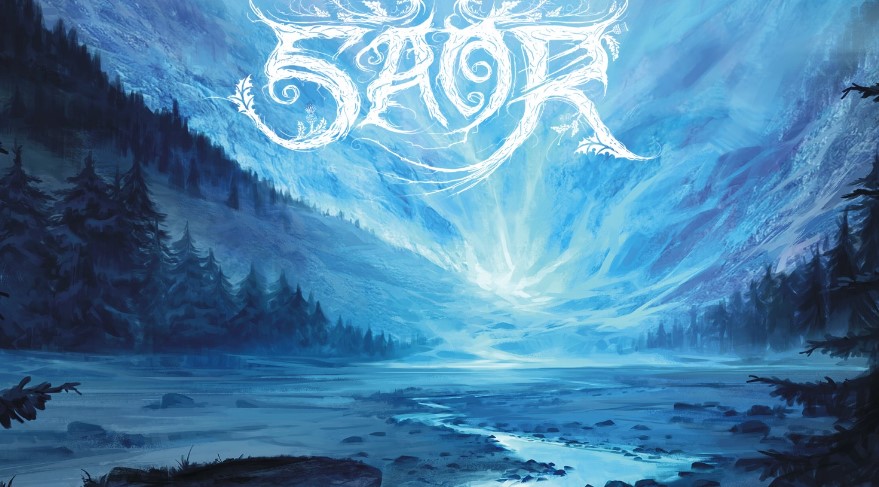 One can rely on Saor for many things. Not only does this Scottish black metal artist have a legion of devoted followers, but the passion which has been welling up inside those fans since 2014’s Aura has been tangible and almost frightening. This is why the announcement and preview of the artist’s third record Guardians has been met with excitement, acclaim, and downright longing from that community. It is hard not to get excited with everyone as Saor has been one of the few artists who has been making new atmospheric black metal interesting for people who have been sort of done with the genre for years.

One of the many great feats that Saor accomplishes is the ability to mesh two disparate styles together and make them harmonious. The folk instrumentation combined with the black metal template has been done in the past but songs like “The Declaration” allows the folk aspects to retain their melancholy even on top of harsh vocals and distorted guitars. Other songs like “Autumn Rain” take their time with the intro which allows the stringed procession to flower and not just become gimmicky ornamentation. Guardians continues to treat the three aspects of the music, the black metal, the folk, and the atmospheric qualities, with delicate care that the album can be nothing else but a success.

For someone who does not hang around atmospheric black metal that much in favor of other styles, it is nice to have a musician like Saor who is measured with their releases. 2014’s Aura was reviewed on one of my other sites and since then I have been keeping an ear open for the call of the wild. Guardians was previewed not only on Bandcamp but also the very popular Youtube Channel Atmospheric Black Metal albums. For however small and obscure this artist maybe in a larger scope, the excitement and dedication to this type of music can not be denied.