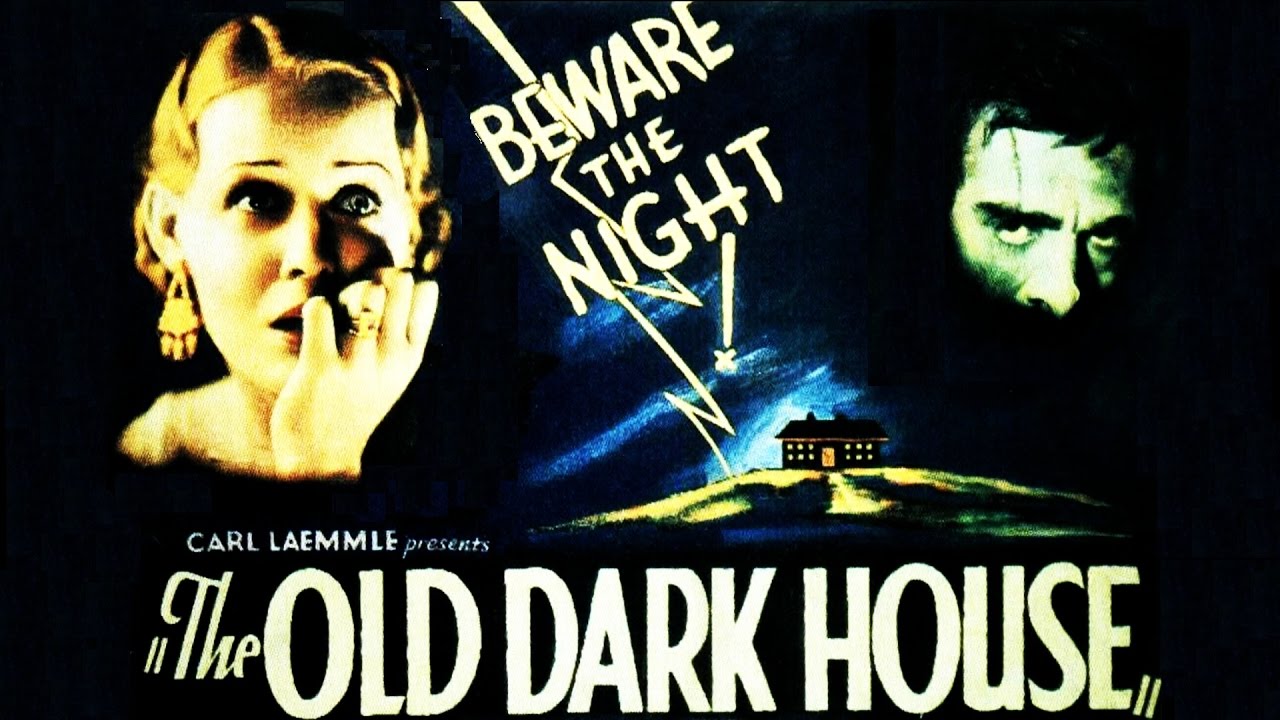 This is a continuing series reviewing classics and gems of the universal horror group. The universal horror group was a series of American horror films that were popular in the early to mid part of the 20th century. The classic cast of Dracula, Frankenstein, the Invisible Man, the Mummy, and the Wolfman have become iconic in the annals of cinema. While the aforementioned characters and their respected movies have become iconic of the Universal horror group, there were other films made at the same period and by the same studio. The Old Dark House was one of them and never made it to a cereal box like the other films. Despite this fact, the horror films of the early 30’s and 40’s sometimes hold great unappreciated gems. The Old Dark House is one of them.

The production of early cinema ran at an incredible pace and is reminiscent of grindhouse cinema in the later 20th century. Boris Karloff, who one year earlier played one of his most iconic roles, Frankenstein, also starred in more than 10 films that same year. The Old Dark House, also helmed by Frankenstein director James Whale, was released the same year as Karloff’s The Mummy and The Mask of Dr. Fu Manchu. For every film in which a star became known were a handful of others that never made it to that status. For early cinema, however, those handful of films happened yearly. The Old Dark House may not be Karloff’s most remembered film, but it is another artifact to show the versatility of not only the actor but the studio that was literally cranking out these films by the dozen. The Old Dark House was based on the novel Benighted by J.B. Priestly. A group of travelers find themselves stranded in a storm and have found access to their destination, as well as the way they came, unreachable. These travelers’ find relief from their predicament by seeking refuge in a dark house with an awful secret. This cliche plot served as the basis for countless films and stories, including brazen parodies like The Rocky Horror Picture Show. It is important to realize that The Old Dark House feels like a parody or homage even though the title of the film itself became the name for this type of plot theme. “The Old Dark House” motif has become iconic in modern cinema and seeing its inception (aside from the 1925 film The Monster) is astounding. This film is many things, including one of the more odd and unnerving horror films of the early century. This is not because of any one character but the combination of a queer ensemble and a setting that promotes asphyxiation, forbidding terror, and mortal harm.

The party at the Old Dark House consists of many people. First we have the group of travelers including a husband and wife duo named The Wavertons and their companion, a dashing war veteran by the name of Roger Penderel. The trio are greeted by Horace and Rebecca Femm a haunted brother and sister who tend to the house. Also on premise is Morgan an alcoholic mute butler, played by Karloff. Upstairs we have a 102 bedridden father and Saul, the psychopathic brother with a penchant for fire who has been locked away. Rebecca is a old god fearing hag who speaks of sin and damnation while Horace is a heathen who bickers with his sister of salvation. Both of them live in constant fear of Morgan, who becomes uncontrollable with alcohol drink. The gruesome 5 are then joined by Sir William Porterhouse, a rotund traveler and his companion, an exotic dancer by the name of Gladys DuCane Perkins. The group have found themselves together by circumstance and are about to have a night they will never forget.

No, seriously. There is so much wind noise in the film. Brember Wills’ portrayal of a fire obsession biblical psychopath is so convincing, I am certain the actor is completely insane.

The story progresses with strange things happening with increasing alarm. Roger Penderel and Miss Perkins fall in love after a few minutes of knowing each other. At the same time, Morgan tries to non descriptively attack the lovely miss Waverton when her husband is investigating a locked room where Saul sits waiting. Both the Wavertons then find Sir Roderick Femm, the patriarch of the family played, oddly played by a 60 year old woman in unconvincing makeup. Saul’s entrance into the story and short time in the narrative is unnerving, with the audience being lead in various directions by his subterfuge and convincing lies. Saul’s obsession with biblical scripture and the imaginary properties of fire make the performance outstanding considering the time. The story is concluded with Saul and Penderel falling from a landing, after a unnerving fight sequence, and Saul getting the worst of the injuries. Karloff’s portrayal of Morgan as a brute sociopath is given extra dimension following the eventual death of Saul, where he mournfully carries Saul’s crippled body upstairs to his room.

>Each of the characters plays a role in a storyline, which has no central villain, rather evil as a unit. This is something that makes The Old Dark House different than Dracula, Frankenstein, or the Mummy. There is no central focus of horror but the uncertainty of nature. Be it Saul, Morgan, The Femms, or the house itself, the story illustrates an allegory for the cruelty of fate. Though the Old Old Dark House has become synonymous with a cliche that is still portrayed in cartoons and terribly written stories, its birth came on the wings of tension and excellence.