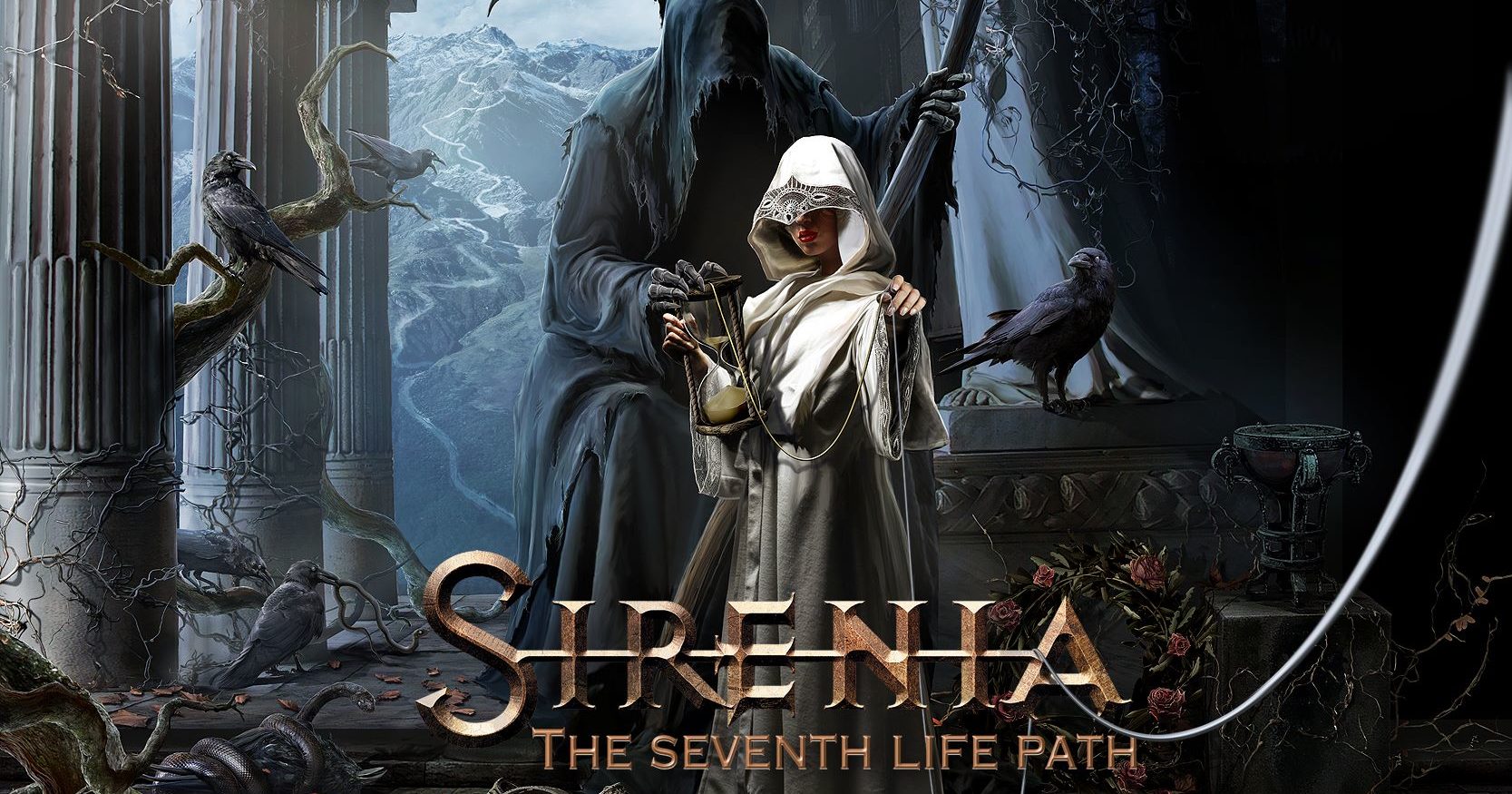 Sirenia, depending on who you ask, is either a Norwegian gothic metal band or an order of passive aquatic mammals more commonly known as sea cows. They’re an odd amalgamation of synth, heavily produced artificial sounds and choral singing – the band that is – whose greatest achievement is to somehow make all of that feel perfectly natural.

With all these elements, like grafting a mighty death laser onto a and gentle sea cow, if it’s handled correctly it’ll at least be interesting but if you fuck it up, it’s going to go horribly, horribly wrong.

This is their seventh album, unimaginatively called “The Seventh Life Path” which, I would assume, indicates their seventh cycle of death and rebirth, the seventh exploration of the great and mystical infinite that life inherently is, and its seventh navigation through the medium of musical endeavour. Perhaps, as a title, it’s meant to impress upon you the importance of continued exploration and that, just because this is their seventh album, there’s no reason to stop exploring and settle for the path well-trod.

It commits the only true sin an album can; it’s boring. It sounds like Nightwish or, at times, Evanescence. While there are definitely moments of promise they’re buried in the uninspiring slurry of repetitive, uninspired musicianship, dragged out seemingly ad infinitum. Probably the most striking example of this is in the opening track, “Seti”, which serves as a fitting introduction to the album by managing to perfectly emulate the title screen music for a video game that’s taking itself far too seriously. This is not music for high adventure. In fact much of it would suit the elevators of Asgard; suitably themed, but not exactly captivating.

Unfortunately, the rest of the album follows suit, leaving us with something not extravagant enough to be epic or passionate enough to be personal. Instead it just seems whiny, a grand operatic score put to the theme of ennui, but without the subtlety that would require. Like a cyber-manatee whose death laser is only strong enough to leave a bruise, there’s a severe abundance of missed potential, and it brings the whole thing down like a harpooned dugong.

In just over an hour’s runtime, it’s disappointing that at no point does anything of interest happen. The entire thing feels entirely too much like the product of work, and nowhere near enough like a creative expression. If Nightwish or Celtic Frost are cathedrals to the grand majesty of the art, then this is a pile of granite blocks heaped roughly together. The same basic ideas, but instead of statues of cherubs and graceful herbivorous sea mammals and whatever adding some identity, this is just rock. Occasionally polished rock, rock that’s unlikely to fall down and kill you, but rock that’s definitely not going to make you hear the voice of God.

If you did, God would probably be yawning.

In retrospect, even the name sounds like a cry for help. At some point “The Seventh Life Path” stops sounding like a bold new adventure and starts to feel like a cry for help. “We’ve been down this path seven times” it seems to say. “What the fuck were you expecting to see that you hadn’t already seen?”