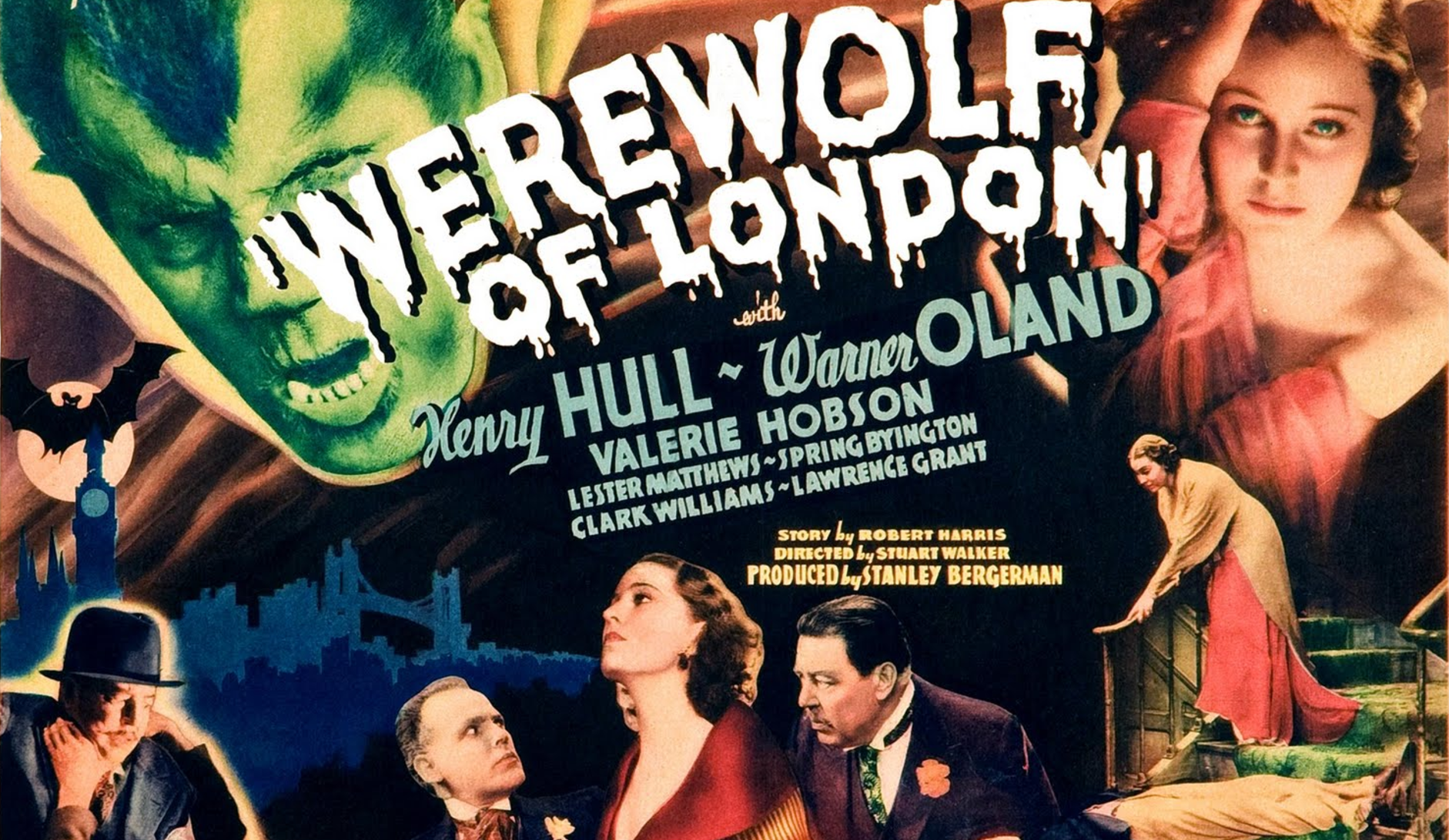 Watching old horror films can illuminate certain trends among films that may have been previously missed or latent. Cinema, as well as other forms of art, can be thought of as a projection of present cultural attitudes. The renaissance of cinematic horror, which populated the early half of the 20th century, is as full of transparent fears and desires as it is with monsters in makeup. The character of the Wolfman does not illustrate humanities’ fear of wolves, rather this 1935 horror film continues the theme of horror by way of discovery. Much like films before it, the real mistake came through curiosity and unleashed a hairy creature upon the population.

Werewolf of London is the first of many more popular werewolf films that came later. The Wolfman would be released in 1941 headed by Claude Rains, Bela Lugosi, and Lon Chaney’s son to much greater success. Werewolf of London would have the same namesake as an annoying hit song in the late 70’s, as well as an 80’s remake series. Before any of that however, we need to make sure this botanist gets his goddamn plant from Tibet. I do not think Werewolf of Tibet would have had the same popularity. Actually, come to think of it, that sounds damn amazing. I am imagining a more interesting film taking place entirely on the moonlight landscape of Tibet.

Werewolf of London opens in Tibet and sees Wilfred Glendon searching high and wide for an elusive plant that only grows in moonlight. The plant, Mareophasia, has many interesting qualities, but for the purposes of this movie, it is the only herbal cure to lycanthropy, aka werewolfism. No, seriously, they called it that in the film. I have no idea why Wilfred wants this plant other than scientific curiosity but the plant is also being poached by an Asian doctor, Dr. Yogami, played by a very non Asian actor Warner Oland (who also played the Chinese detective Charlie Chan). Wow. Hopefully this doctor doesn’t turn out to be the one who bites Wilfred. Oh, there we go. The Asian doctor has now infected the Caucasian one with lycanthropy. Damn, science has never been this interesting.

I am going to be honest with you. Werewolf of London is a very slow and actionless film. I understand that early cinema moved at a different pace but Werewolf of London moves at a glacial rate with over half of the film focused on other things aside from werewolfism. Wilfred, after his furry romp in Tibet, returns with three Mareophasia bulbs, which he attempts to grow in his early 20th century pot lab. While the plants are blooming, Wilfred is wrought with the insatiable urge to kill the ones he loves the most. It seems like the strangest stipulation for Werewolfism but there you go. Wilfred turns into a wolf and dawns a top hat and coat and goes out on the hunt. Only once mind you. Take it all in becasue this is the most action this film will see until its remake.

The actual concept of a wolfman has interesting roots in folklore and mythology. Stripped of all of its european and native american history in totemism, the transformation into a hairy beast represents the reduction of the ego, in Freudian terms, and allows a primal drive to reign free. Sex, hunger, and violence are the only things that propel the beast, things which the human prisoner fears. While all of this is fascinating, at least to me, the wolfman movies seem to be less concerned with these notions and more about makeup. Wilfred is driven to madness by his affliction but turns into more of a douchebag than a tormented scientist, as seen in Frankenstein or the Invisible Ray. Maybe this was Wilfred’s true self now unchained and allowed to be a dick to everyone.

Werewolf of London ends with Wilfred being wrought with guilt and trying to distance himself from his loving and devoted wife. After killing one street urchin and a thieving Dr. Yosita trying to steal some pot plants, Wilfred returns to do something unspeakable to his wife. He is then brought to an end by a regular bullet from the gun of a Scotland Yard investigator. Wilfred then lays dying on the floor coming to terms with his life as he changes back into human form. The whole movie ends with the solemn reminder that werewolf films can not really succeed unless you have more goddamn werewolves in them. I know, it is terrible to believe, but it is true.

If I sound like I disliked Werewolf of London, it is because I did. What is most troubling is the film having a pretty decent concept to start, with mystic foreign lands harboring other worldly dangers. The film even has a basis for interesting character development regarding transformation and existential guilt. What Werewolf of London does have instead is a bunch of yammering. Seriously, don’t watch this damn film. People fucking talk and talk about nothing about everything except for how there should be more werewolves in their film. I will give Werewolf of London a nod for basically creating the image that would be a staple for many years. Aside from that, this film is better suited as background noise for doing more important things that deal with werewolves