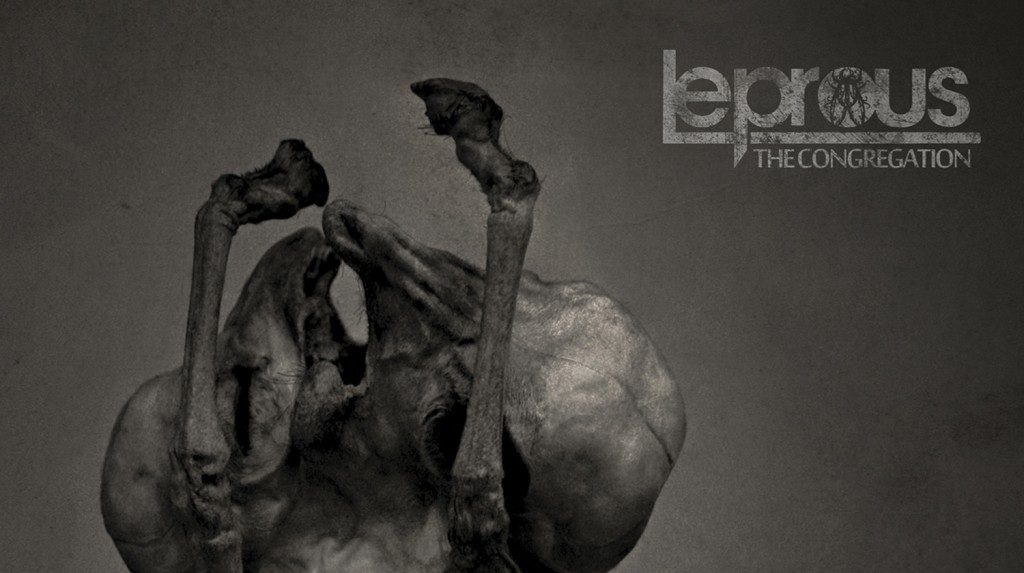 I don’t tend to listen to albums before I decide to review them. Obviously, if there’s something grotesquely wrong with the music after a first listen I’ll write it off, but otherwise I grin, bear it, and try to think of an interesting way of saying “this sucks” in 500 words or less. I don’t mention this because Leprous suck, because they don’t. I mention this because I decided to review them based entirely on the strength of their album art.

Because their album art is, quite clearly, two bird skulls attempting to kiss while passing through the bowel of an emaciated horse, and that is the exact kind of fucking madness that metal so desperately needs.

And, as an album stuffed with memorable, crunchy black/prog metal in the Scandinavian style, it’s precisely what I’ve been looking for, too.

Its opening beckoned me like a warm hearth. Bizzarely gentle, almost fearful vocals begin the album with “The Price” before the chorus hits and things really begin.

“Rewind” is the third song on the album and the first that really captured my attention. While “The Price” and “Third Law” set a slow grinding pace instrumentally, with the high vocals sitting aloof like a maiden on a clifftop, “Rewind” works to a very different pace, and as such is one of my favorite on the album. It begins oddly enough, slow notes hanging in the air like the first drops of water from a particularly bastardly cloud. And then, with peace established, there is a crack of thunder and the storm begins.

It’s just a shame it doesn’t keep up. Whenever vocals are introduced there occurs what might well be a mistake of production. The focus squares almost entirely on the vocals and the might and majesty that seems so tantalizingly close is drawn away. And, much like the aforementioned maiden’s long lost sailor, she’s never coming back.

It’s a shame. The music itself is experimental, exciting and consistently interesting, but then it’s blended out in favour of the vocals with a distressing consistency, and it’s a damn shame. This isn’t to say that the vocalist is bad, only that an opportunity was lost and a lot of hard work and exceptional instrumental work has been then denied the focus it so deserves. An exception to this rule is “moon”, whose long acoustic segments, mixing the synth with heavy, energetic drumbeats and some crunchy guitar work do a good job of conveying the darkness at the heart of the album. And what a rich, black vein it is.

It’s exactly the kind of music Dracula might enjoy, if he’d only get his mighty organ updated to electric.

The instrument, I mean.