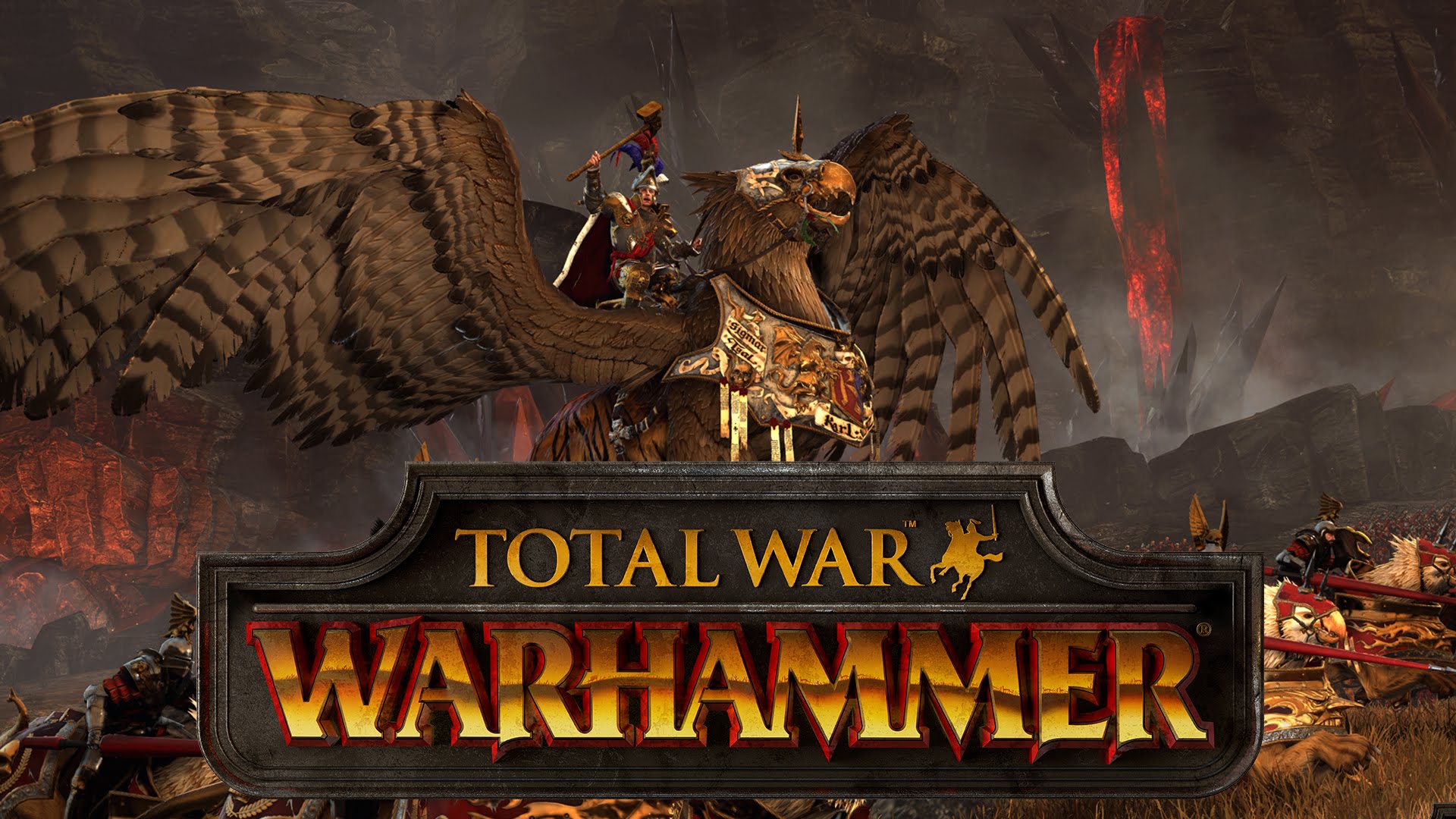 Anyone who knows me will know I’m a fan of the Total War games, and have been so since the 90s when cheese-fest Time Commanders (a show that featured the game) was instrumental in convincing my dad that since they were historical they were also educational. I’m not sure how I managed, but somehow I incepted into him the idea that, without the ability to simulate ancient Roman warfare my education would fail and I’d end up homeless, sustaining myself by scraping the grease out of discarded takeaway boxes with a spoon.

I’m lucky Total War: Warhammer wasn’t the big thing back then, or I never would have managed.

Now, as somebody who, in a certain lighting, can easily be mistaken for an adult, I’m forced to wonder just why it ——ing wasn’t. A foray into fantasy was exactly what this series needed: history may be big on events, but it’s low on novelty and criminally bereft of dragons.

The disappointing release of Rome 2 seems to have pushed this point home and helped CA understand the issue we’ve been having with the series: it’s that people really love their formula but they’re running out of time periods. It’s not that the foundation of America isn’t historically interesting, but it’s difficult to make tactical arrangement interesting during a time when the greatest developments in warfare revolved around different ideas of how best to stand in straight lines and which colour jacket best accentuates the hues of blood and shit.

It’s not like they could just sequel-ize the three good time periods forever, especially with a modern release schedule, so branching into fantasy is the best thing they could have done. Want to splatter your soldiers in muddy red paint? That’ll cost you.

The set-up is simple, partially due to the incredible unimaginativeness of Games Worshop’s writers. The human empire are boringly good, the dwarves are resolutely stubborn, the vampires are overzealously gothic and the orks are orks. While usually this would be a problem, choosing an overly novel IP for their first foray into fantasy could have been a mistake. As it is, attaching to a brand whose tropes are familiar to anyone with even a vague interest in fantasy keeps things accessible. Of the options, the vampires at feel the most novel, partially because of their odd blending of the Hot Topic style, charmingly sincere gothic and Jason and the Argonauts style goofy skeleton men and partially because wielding an army of loosely allied monsters is something Total War has never done before. The only thing more satisfying than landing a flock of troll sized bats on your enemy’s parapet is when one of your Halloween store siege towers bursts forth a triumphant vampire lord.

Partially because, as a vampire, he knows the value of presentation and partially because the vampires have almost no infantry worth a damn, leaving him to sort out most of these fights himself.

The fantasy setting also keenly solves one of the Total War series’ most enduring problems: almost all the fractions play exactly the same. It’s not necessarily a creative problem with the developers; their Japanese games play differently to their European games and the Attila expansion to Rome 2 was a fantastic breath of fresh air, but historical empires largely relied on the same technology and tools as their competitors, reducing the battlefield variety to a preference for spears over swords, and shields over getting nude and screaming. With the fantasy title, a horde of Stone Age barbarians can meet disciplined Germanic knights, fearless gothic demons and resolute alcoholic Vikings on an equal playing field, with the campaigns each bearing enough distinct personality to make each race worth trying. The orks, for example, are an aggressive, rampaging sort of army, kicking —— in often for the sake on it and building momentum while the vampires, on the opposite end of the spectrum, spread slowly and carefully within their own territories, relying on corruption and insidious abilities to make headway.

And then when they scrap you get to watch a reanimated dragon try to fuck up a titanic spider. Dwarves are hard as nails and fans of artillery, but their height makes it easier for the orks to drown them in green corpses.

In terms of pure spectacle, this is the best Total War has been since the fucking yubtseb elephants from Rome 1, and mechanically it’s the same system as ever.

On one hand, it’s difficult to criticize the return of a system as robust and refined as this one. On the other it can at times feel like little more than an aesthetic change, at least in the campaign map. Tactical battles benefit the most from the new setting with a lot of novel and interesting units, but the overall campaign mostly plods along at the same pace as always.

On one hand, the new additions make this my favourite Total War game to date, but that’s just because its flaws are as old and worn as a dwarven hold. The changes are safe but not ground breaking, and it feels as though they’ve come to accept the flaws, the weak diplomacy and the poor AI as just part of the package, content to just put a shiny new coat over what is fast becoming a very old horse.

Also, there’s now a ——ing blood DLC, which is the kind of cash grabbing horse —- that really makes me want to —— — a — winged — — in the snow and twist the gaping — —— until I lose grip of the pommel and the end falls off.

(Now offering the swears DLC for this review, only $1.99)