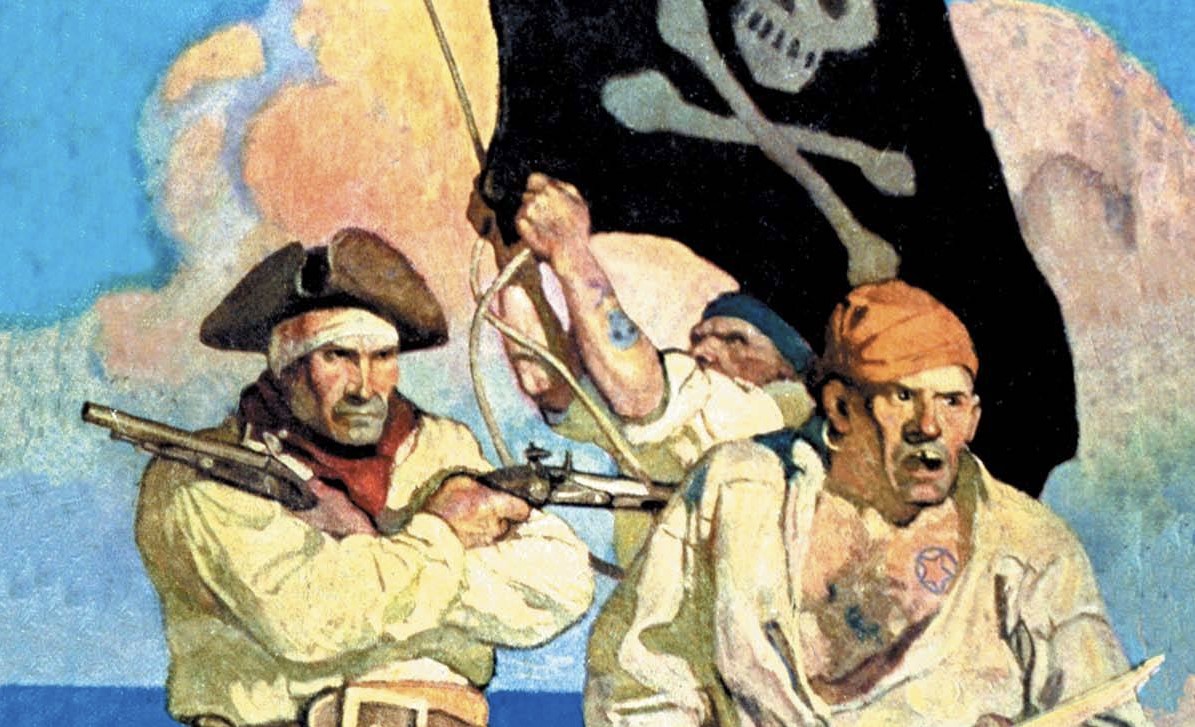 This particular review exists because of my insatiable lust for all things BLACK SAILS. If you’re unfamiliar, that is perfectly forgivable as it airs Saturday nights on the obscure STARZ network with a limited audience reach as a consequence. Nevertheless, the show has garnered recurring critical acclaim over the three seasons that exist to date. Our own Kaptain Carbon reviews the series for Hollywood Metal.

The length of time comprising a week is never more apparent than when it separates airings of your favorite show. Last week I filled this void by revisiting the root of Black Sails, Robert Lewis Stevenson’s famed TREASURE ISLAND. The premise and events of Black Sails is a prequel to this swashbuckling tale. The fictional characters from the novel have been merged into a world of historical pirate figures and locations to create a fresh utopia for golden age of sail enthusiasts.

An interesting thing about Treasure Island is that this is not a long book. For all its fame and countless adaptations for stage and screen the source material is concise. Juxtaposed to some of the modern classic tomes from the likes of G.R.R. Martin and JK Rowling, Treasure Island is just a wee bit o’ light reading. The degree to which Mr. Stevenson was able to create a rich narrative and depth of characters without an excess of verbiage is a feat that has stood the test of time.

As for the story, I’ll only skim the shallows here. There is no excuse for you to not spend a couple pieces of eight on amazon used books and quickly consume one of the great classics of English literature.

At its heart, Treasure Island is a coming of age story for Jim Hawkins, a boy of unspecified age from a coastal town in the UK. Jim works for his parents’ inn, the “Admiral Benbow”, and is serving as the man of the house for his bed-ridden and ill father who soon passes away leaving Jim and his mother to manage for themselves. When the salty old sea dog named Billy Bones takes up residence at the Admiral Benbow, a series of events is set in motion that will change the course of Jim’s, heretofore, quiet seaside life. Before long, Jim is in possession of a pirate treasure map and on a voyage to a distant island in search of the prize—the likes of which form the basis for much of the pirate lore that has been generated since the publishing of this book in the late 1800s. Chief among the characters Jim meets is Long John Silver, the one-legged sea cook who is a certifiable powder keg of charisma. The ways in which John Silver looks, speaks, thinks, and acts have been so profound to our collective intellect that they have allowed humanity to gloss over centuries of high crimes on the seas and replace historical truths with a romanticism that captures our imagination to a point where we can make these men kid-friendly, heroic, and even a major Disney export.

(To be fair, there are a several virtuous aspects of the golden age of piracy, and some inconvenient truths about society and the conditions that brought it to bear, but I will save those for a later discussion.)

I struggle to identify other examples of a historical reality that are so utterly reversed from their true narrative. The publishing and proliferation of Treasure Island is the cornerstone of this edifice—and you may lay to that.