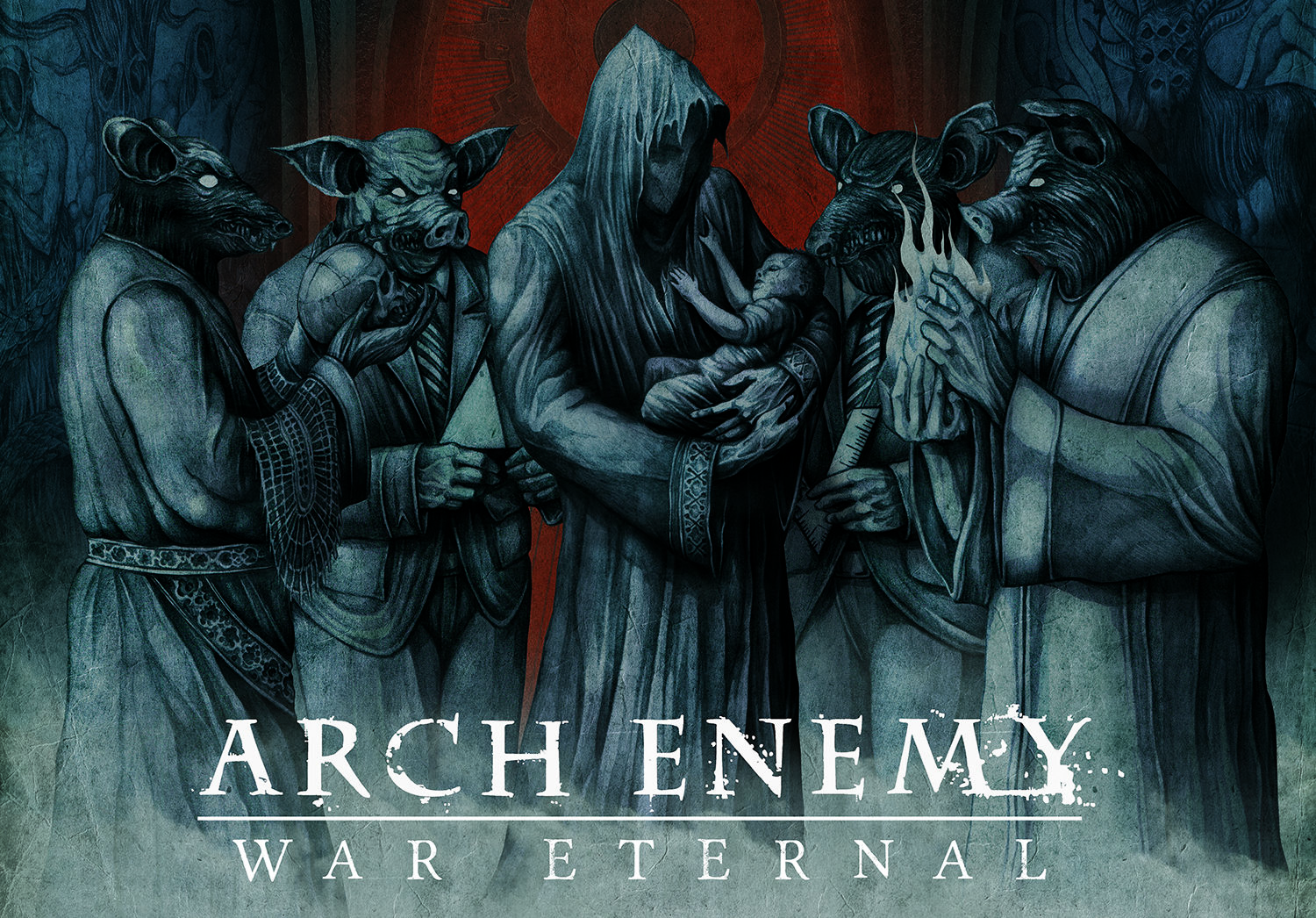 Before I heard the new Arch Enemy album, I was worried. These guys have been going forever and, though they’re hardly strangers to changes in line up, adjusting to a new front woman (especially after 14 years) is never going to be easy. I’ve quite enjoyed some of their old stuff, and this development, coupled with the new guitarist (Nick Cordle, it’s his first album with them too) made me a little concerned.

It’s one of the few times I’m totally happy to admit that I didn’t have any idea what I was talking about, because this album is their best in a long time.

It comes in strong, with a melodic piece that’s brilliantly named “Tempore Nihil Sanat (Prelude in F Minor)” which has a foreboding, gothic feel to it before immediately going insane with the powerful, “Never forgive, never forget” – a growling, shrieking piece with thunderous drumming and some fast, melodic riffing. Its purpose on the album, as an opener, seems to be purely to blow any doubts you might be having about the new line up clear out of the back of your skull, and it succeeds with the ferocity of a jackboot.

Beyond this, it’s melodic death all the way. Which isn’t to say there aren’t any problems.

The solo in “War eternal”, while energetic and initially carrying a weighty surge where the song needs it, carries on about fifteen seconds longer than it is interesting to listen too. It’s not often that I’ll find myself waiting impatiently for a solo to end on an album like this, but here it felt a little stretched out, like the guitarist got too excited and couldn’t figure out how to stop. It’s a pretty good metaphor of what actual eternal war might be like, rushing excitement that gets boring by virtue of eternity. I’d be far more impressed if I thought it was intentional. (And even if it were, dicking about with the pacing of a song on purpose still results is a tainted song, so I’m not all that forgiving.)

Aside from that, and a couple of other minor issues with pacing and length, this is a pretty fantastic album. I, personally, enjoyed it a little more than their last offering, and that was hardly mediocre.

There’s moment of almost classical complexity spread about in there too. My favourite (perhaps hypocritically, considering all my bitching about length up there) is the longest song on the album “Time Is Black”. It’s well deserving of its length, mixing energy and elegance into a finely tuned grand gothic masterpiece.