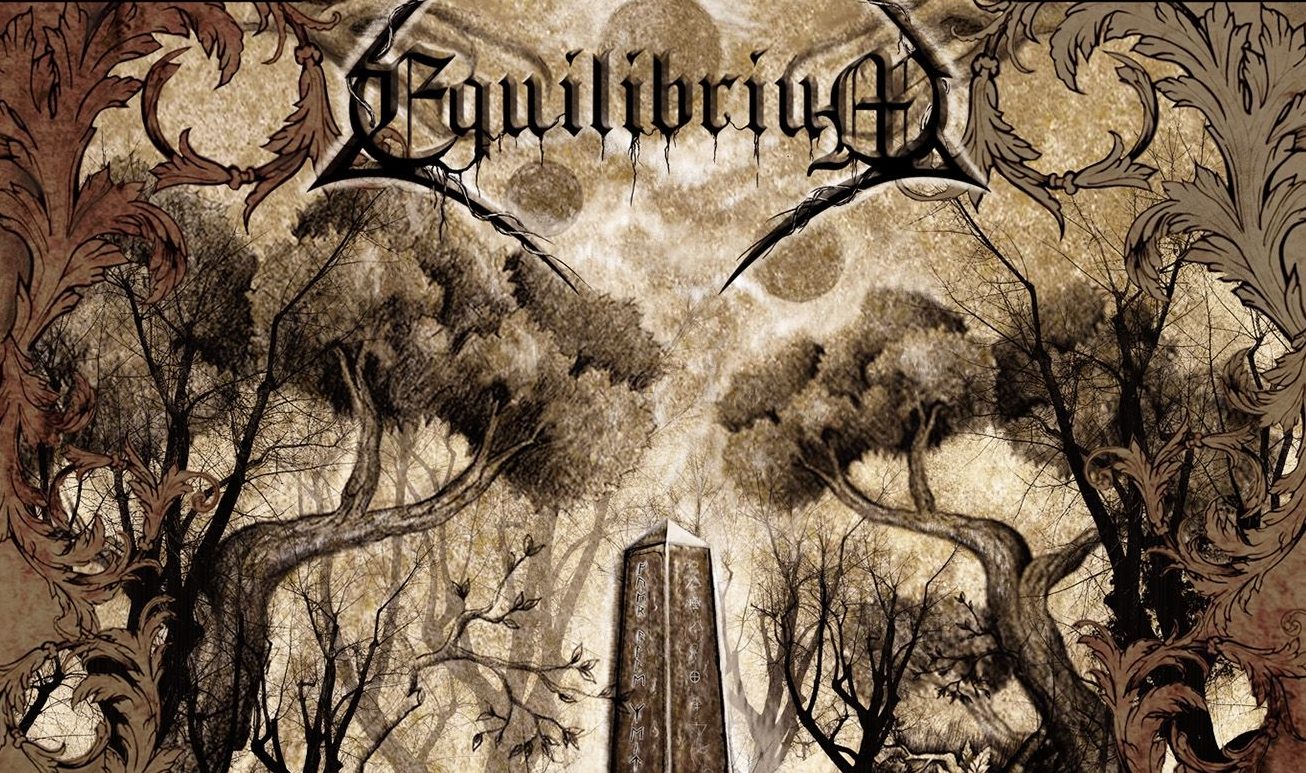 Alright Equilibrium, lets do this. Wait, is that Skyrim?

Equilibrium is a pretty big deal in certain circles that praise Folk and Viking metal. In fact, this German outfit has been lauded for all three of there former records, which have been released with varying consistency. The Waldschrein EP looks like an intended stopgap to fill the void left since the release of Rekreatur nearly three years ago. In the vacuum of three years of silence we are given one new song flanked by other odds and ends. This is Equilibrium’s junk drawer.

Those not familiar with Equilibrium can think of their sound as mixing the accessibility of power driven folk melodies with the inaccessibly of snarling vocals. The band has always been geared towards a very bombastic atmosphere, though each consecutive record has showcased a deepening of their sound. The progress led to Rekreatur, which was their most open and choral record that still sounded like a marauding pack of trolls. Rekreatur was also an important record as it was the first with new singer, Robert Dahn (aka Robse), and drummer, Tuval Refaeli (aka Tuval Refaeli). Waldschrein follows this reasonably successful relaunch of the band but scales back the battle mentality to something more humble, like a sunrise on a farm…tended by trolls.

Waldschrein find the band back in a comfortable position supported by orchestral pomp and a carousel of catchy melodies. Shit, the main melody for Waldschrein makes me want to bang my imaginary cup on this wooden table I am not sitting on. Because this EP is centered around this song, an acoustic instrumental version is paired with this leading single. It is almost as Equilibrium has intended this song for a film with an instrumental end credits already made and ready. The film would probably involve trolls of some sort.

As mentioned before, the back half of Waldschrein is a collection of odds and ends. “Der Sturm” is a re-recording of a song that appeared on the band’s debut record. To be honest, I can’t tell the difference between the two, but given the right amount of focus and concentration I feel the original has more power and ferocity. The time travelling aspect in this EP is one of the weakest parts, as the listener wonders why the band is moving backwards when they were doing just fine going forwards. “Zwergenhammer” is supposedly the final reconstruction of a song that has been floating in the band’s collective memory for years. The finished product is much more effective than the aforementioned “Der Sturm” reboot, but nowhere near as effective as the title track. Then there is Skyrim.

If you did not know it by name, “Himmlesrand” is the German title for the very popular RPG video game Skyrim. It is also Equilibrium’s title track on this EP. This is their take on the video game’s main choral theme. Actually, seeing a video game cover on a proper metal release is odd, but is not surprising for the metal community. This song has been covered dozens of times, most notably by that Hollywood shredder guy 331Erock that always gets all the YouTube views. I am part way conflicted and would write this off as a lame attempt to garner interest but I can’t. This cover is just too well done. It is good and I have no other reason to back this up with than the fact that it made me excited. Listening to this also causes me to fall under the spell of reminiscing about climbing snowy peaks and filling my Breezehome house with useless stolen vegetables from all over the land. I love it, and now I want to restart the game, join a different faction, complete all of those mage quests I had been meaning to, and start pillaging wheels of cheese.

The Waldschrein EP is not a release for newcomers. I would suggest their 2010 release Rekreatur to get acquainted with the newest members, followed by previous work with now departed members. I would suggest, however, to give Equilibrium a try if one is partial to folk music with the depth of an opera house and the temperament of a troll farmer. It’s not rage and bone cracking all the time. There is a method here. One may also enjoy this solely on the fact there is a kick ass Skyrim cover. Hopefully one finds more value but we will take what we can get.