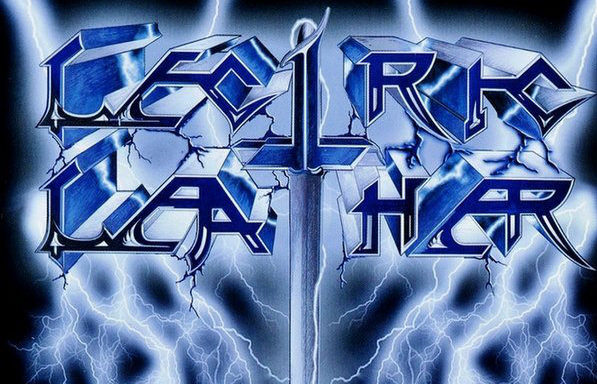 The internet is a wonderful place for, if nothing else, the exchange of ideas and heavy metal bands that were forgotten in the sands of time. Compilations and reissues are sometimes akin to time capsules that house great talent, not so great talent with really fun records that have aged gracefully, and not so great talent that did not age gracefully but hilariously.

Lectric Leather was a speed metal band from the mid 80’s who have little information to their name. Aside from “formed in the summer of 1985” and “existing for one year” the band never saw one release. None. There are pictures of a cassette with some of their material but no evidence of a distribution exists. All members of this outfit eventually went on to do nothing or play in bands with similar mystery surrounding their validity. What makes Lectric Leather particularly appealing is that, for the better part of the decade, everyone forgot about this music and then suddenly a decent, even fantastic, release materializes out of the aether.

From the band’s mid 80’s promo pictures it is easy to surmise this whole thing is a well crafted joke. The lack of information, the wild hairstyles, and the over the top musical antics of the band could be a satire that would have, maybe, 65 people laughing. The compilation collecting Lectric Leather material, however, is being headed by Death Rider Records, a small German outfit that has already put out early Satan demos and a reissue of mid 80’s Manowar acolytes Valkyrie. If it was not for that, then I would assume Lectric Leather was a farce. I think we can all breathe a sigh of relief that this band is genuine and given a second chance. It is time to get excited

Lectric Leather’s music is lacking in certain areas. To be quite honest, it is not that amazing. First of all the production is of dismal quality and the prowess of the band members are indicative of young kids who want to play really fast. Lectric Leather holds no gem of undiscovered genius, rather it is an untouched artifact to how optimistic and wild the 1980’s were for heavy metal. It is not until multiple times through this compilation that the underlying charm starts to become apparent. Songs like “Night of the Dragon” exhibit the right amount of geeky excitement and social ineptness perfect for a wild ride through a time when anything was possible. What Lectric Leather lacks in skill, tact, and luck they make up for in almost limitless fun and enjoyment for everything they do.