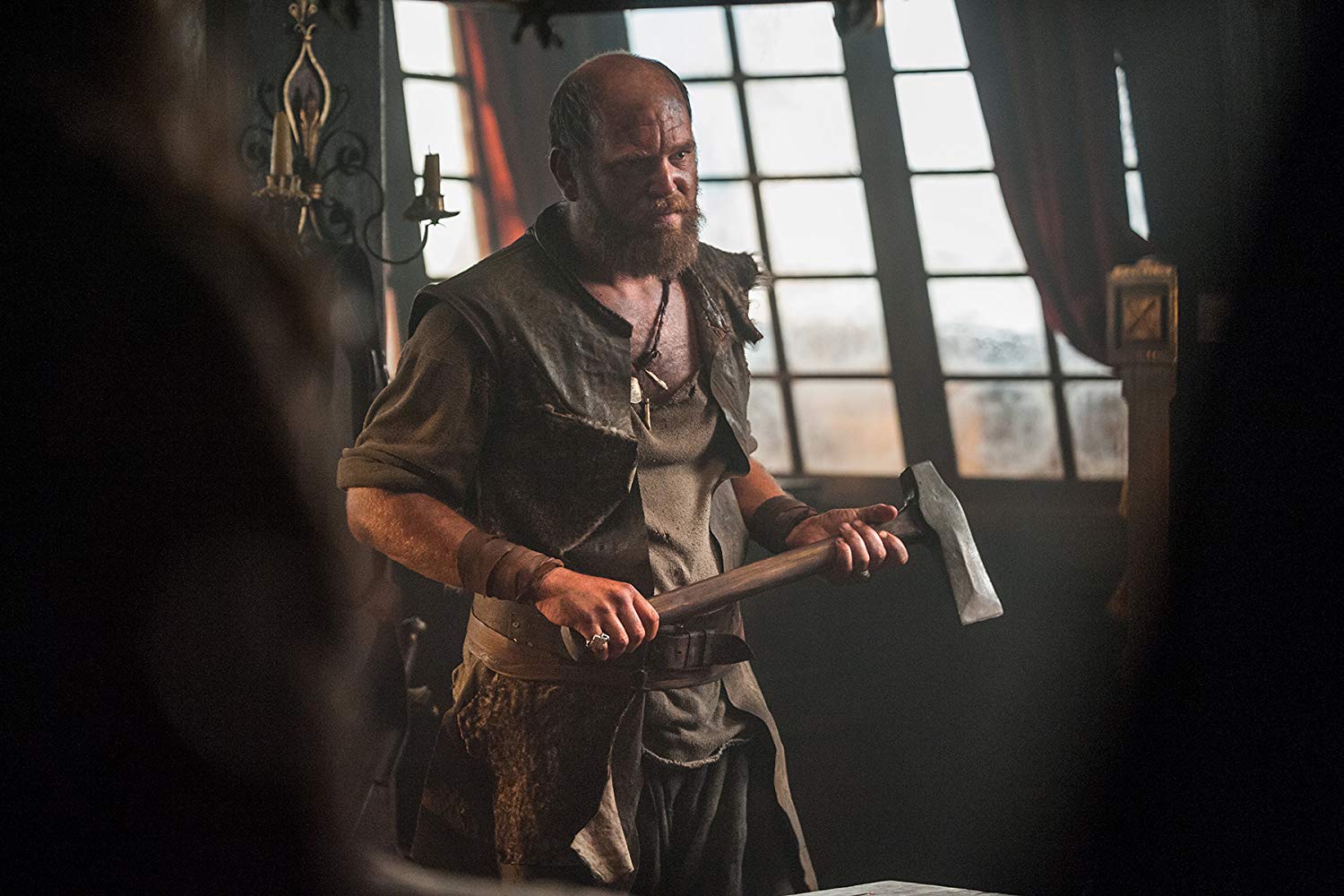 If anything can be summarized by my series of reviews of the Starz television series, Black Sails, it is that it is unpredictable, similar to a violent ocean that throws its viewers to and fro. By the close of the second season the show’s producers allowed everything to fly and characters to meet logical conclusions. What follows will be a series of spoilers that might upset some people, but to those who have been here since the beginning, will be some small measure of relief. When a major character finally gets shot in the head you are certain that they are actually gone from the show. Right? There is no coming back. No zombies. No being found at sea. STAY DEAD.

If you remember, a whole mess is going on in Nassau, including a race to the Spanish treasure ship by Jack, Anne, and some other guy. This is all happening as Flint’s crew is returning to ABigail’s father, Lord Ash, in the pirate hatin’ town of Carolina. Also Guthrie double crossed her former lover, Charles Vane, who has been holed up in Fort Kickass for days. Alright, have we got everything covered? Oh yeah, Silver is playing both sides of ? but is starting to get respected by the crew. Alright. Now that everyone is on base, I want you to run around and find a new place to stand. GO.

One of my previous assessments of this show still stands true. When characters are allowed to go and mingle outside of Nassau it becomes interesting. Flint’s expedition to the Carolinas is relieving, with new scenery and interactions with new characters. The only downside to this is that Flint’s expedition to see Lord Ash is the conclusion to the long and somewhat tedious backstory involving an overblown gay love affair and subsequent exile. Flint wants order to come to Nassau and the only way to do it is by professing himself as a homosexual in front of London. Alright, whatever. Flint is about to do this but then gets her? head blown off during an outburst. Bam. Stay dead. Flint is then arrested and put on trial much to the waffling concern of Lord Ash, who really just stood by while this happened. This series of events leads to one of the greatest endings of a TV show to date, where two rivaling pirate crews decide to “break out” Flint and lay ruin to the Carolinas. Did I hear Pirate Prison breakout? Oh hell yes. Yeah, just relax. No one is dying today unless they are side characters. This isn’t Game of Thrones.

While this whole thing is picking up steam, we are tempered a bit with Guthrie’s conclusion to whatever the fuck she is doing. Guthrie has always been the weakest character of the ensemble. While she is portrayed as a ruthless individual, her actions always come with limp wristed dedication and illogical. Guthrie has been trying to establish power on Nassau but does so by showing weakness such as playing kissy face with Vane in the fort. After betraying Vane, her father gets murdered by him and then she arranges for other people to get murdered. I am still not buying her as a cut throat “Queen of Thieves.” In the end, Guthrie is captured by Hornigold and sold to the Royal Navy. Good. Get off this fucking island and go somewhere else.

If you remember there still is a gold ship somewhere on an island. While the whole subplot of finding this damn gold ship by Jack, Anne, and Max is sort of boring, these last three episodes gave new light to Jack and Anne’s relationship as somewhere between lovers, companions, and family. Small moments of Anne and Jack’s reconciliation are ones that shed humanity and realism on characters that are not fabricated. Their complicated relationship, even with the addition of Max, still echoes in contemporary relationships. Whether by accident or design, Jack and Anne’s companionship is something that will hopefully make for an interesting third season. This is, of course, if they survive the wrath of Flint, who just learned they stole his gold. Goddammit. Someone sink that ship. And so ends one of the weirder subplots and extraneous characters.

So far I have discussed the good and not so good character developments of Black Sails. Let us now discuss the middle. Silver has always been one of the main characters that has been sponsored by the show. Unlike Jack and Anne, who organically change, and Guthrie, who is forced to change, Silver evolves on predictable paths. After slowly winning the crews trust, despite fucking them over at every opportunity, Silver stands strong under the duress of torture and does not give up names to Vane’s sadist crew. This action leads to mutilation of his leg, which gives him his famous wooden appendage and a new appointment as quartermaster. How many goddamn quartermasters are there? Can I be a quartermaster? I am still unsure about Silver, as his presence in the show is sort of a planted chaotic neutral character in sea of others ones. Silver will be the person who will most transform in Season 3 but only because the shows producers are feeding him the best parts of the story.

For as much as I rib and criticize this show, it has been entertaining. The ending of Season 2 was more exhilarating than the mid and beginning episodes. Though Silver’s leg could have come off at anytime, the fact that it was built up over the season was something to be admired. This show will never be Game Of Thrones, but is starting to weave interesting aspects of both pulp and historic drama together. Black Sails will always be the show caught between these two things, chasing itself and never really sure of who it is. Perhaps this quagmire of identity will continue evolving itself into an interesting flower in the next season.