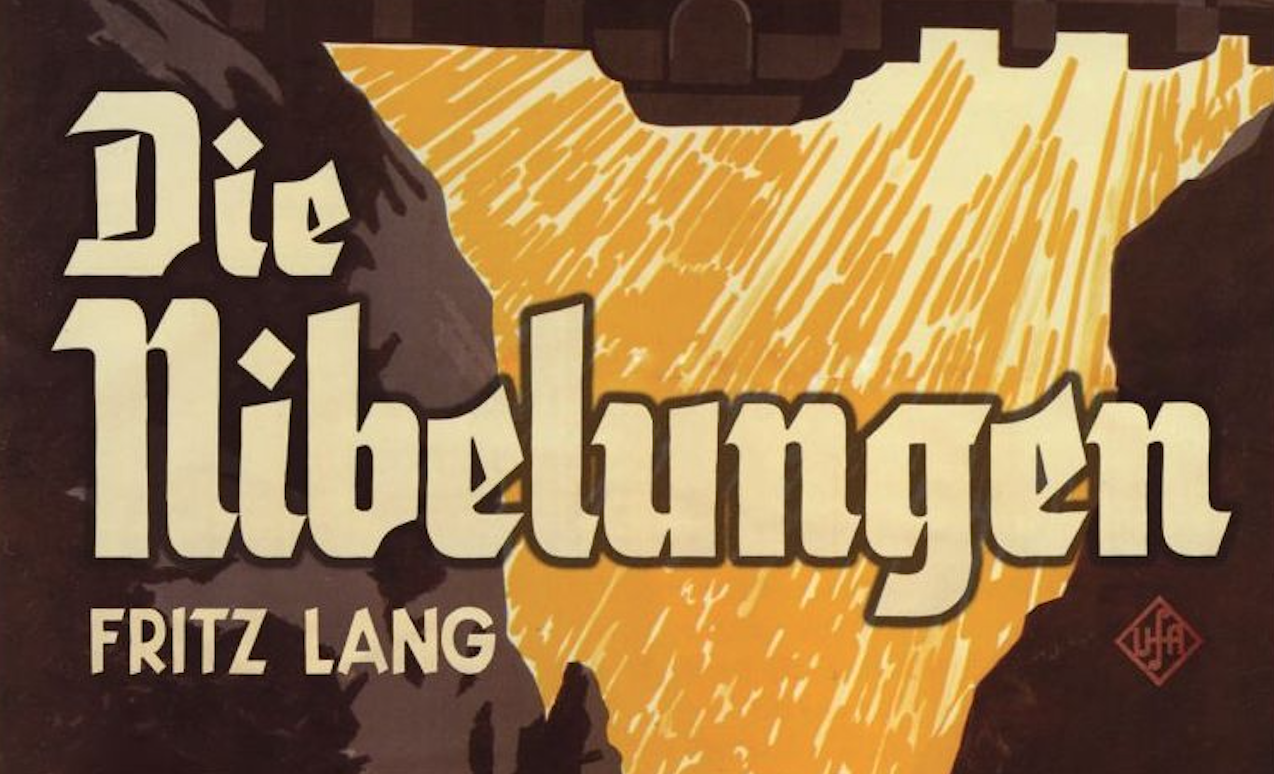 Fantasy filmmaking has had various iterations through the decades. I have spent a considerable amount of time with the films of the 1980’s due to this style reaching its most mainstream success during that time. Fantasy film, however, can be found in almost any decade of cinematic history including its early period. Furthermore, the word “fantasy” could have meant something somewhat different in 1924 as oppose to what it means now in 2014. It is sometimes interesting, and possibly even fascinating, to travel back to the primordial beginnings of what we known as fantasy film.

Though Tolkien is usually the modern benchmark to what we consider high fantasy. Elves, dwarves, dragons, goblins, wizards and the classic struggle between dark and light existed in entertainment from across folklore, fairy tales, pulp fiction, and juvenile fiction. Fantastic elements within narratives, though, extend even further back including the Epic of Gilgamesh, the Ramayana, The Iliad, 1001 Arabian Nights, and the now iconic German heroic myth The Nibelungenlied.

Written around 1200 CE, The Nibelungenlied is a German poem detailing the plights and triumphs of Siegfried, a dragon slayer, Kriemhild, his wife, Brunhild, a brute icelandic princess, and King Gunther, a feeble do nothing, with his shithead adviser Hagen. The story was taken from a series of Germanic and Norse narratives, which told the stories of the various characters and interspersed them with fantastic and mythological elements. The Norse legends have tons of Gods in their stories while the German poem has not so many. The Nibelungenlied has survived through history thanks in part to Richard Wagner’s 15 hour opera Der Ring des Nibelungen in 1876 and Fritz Lang’s, almost as long as the opera, film adaptation in 1924. Gross dude, stop bathing in that. It may be crawling with disease.

Fritz Lang is now memorialized for his work in Metropolis as well as M, which preceded the film noir genre. In fact, most of Lang’s films serve as first semester viewing material for most cinema studies classes. What one needs to know about Lang is that his dedication and craft in the expressionist style during Germany’s Weimar Republic has left a legacy of films. In addition to Metroplois, Lang also delved into deeper science fiction storytelling with Woman in the Moon in 1929. Lang’s imagination and treatment of fantastic elements have enshrined these titles which are still masterpieces in terms of style. This sounds like a perfect place for heroic fantasy. Hopefully the dragon looks really cool. The dragon has to be cool. It wouldn’t be a classic if it wasn’t.

Siegfried, the first of two films dedicated to the German poem, tells the popular tale of a hero who leaves the safety of his apprenticeship in some backwoods forge. The blacksmith masters, who look like trolls, are sort of pissed at Siegfried because he is tall, handsome, and really good at everything. Siegfried hears tales of the Kingdom of Worms (sounds cooler than what it is) and sets off to find a beautiful princess that lives there. The troll masters give him directions that lead him right into the lagoon of a dragon. Listen, I can appreciate early cinematic production in terms of resources available, but this dragon looks like a sickly paper maiche puppet. It also oozes goo and blood whenever stabbed. What’s that, a bird told you to bath in its blood to gain invincibility? Gross dude. Careful not to let any leaves fall on your back rendering you vulnerable.

The first half of the Nibelungenlied provides the most fantastical storytelling. After bathing in the dragon blood hot tub, Siegfried encounters a festering looking dwarf, which actual looks like a goblin. Alberich and his minions forge magical items for ice giants (I want to see that movie) in a cave, which also contains a vast horde of treasure. Siegfried not only gets a helm of invisibility/transformation from Alberich but also a +5 Blood sword named Balmung. Really, it’s like the first 20 minutes of the film and your already level 12. Siegfried takes all of this overpowered equipment to The Kingdom of Worms to throw his number in the lottery of royal fucked up madness.

I feel the next part of the story made more sense a few centuries ago and is most likely a composite of old Norse and Germanic legends, but suffice to say there is a whole bunch of backstabbing, rape, suicide, political treachery, cheating, murder, and girls fighting in public. Spoiler alert for anyone who hasn’t read the 800 year old poem, Siegfried gets caught up in a plot by King Gunther to wed Brunhild, the cool ass kicking Icelandic princess. Siegfried helps Lord Gunther, the weak, win a contest against the warrior princess by cheating with all of his cool stuff. Siegfried in turn gets Kriemhild, the girl of his dreams, and the whole bunch of them live happily ever after with a good story to tell their children. Oh wait, or maybe not. Though Gottfried Huppertz’s score is fantastic, Lang’s films are sometimes best viewed on mute to the sound of drone metal.

The later half of Siegfried is embroiled in trashy family drama that includes Siegfreid “breaking” Brunhild after she refuses to consummate the marriage with Gunther. In fact, the original poem sees Brunhild stringing up a nude Gunther as some sort of “fuck you” bondage. Kriemhild then gets caught up in a cat fight with Brunhild and betrays her husband by telling everyone Seigfried’s vulnerability. Thanks darling. A murder plot is conceived by Gunther and his adviser Hagan, which was really all an act for Brunhild’s vengeance on Gunther for tricking her in the first place. Suffice to say the first film ends with Siegfried dead, Brunhild also dead, and Kriemhild swearing revenge on Hagan, who thought up this whole thing. Holy shit guys just calm down.

Though the story can most definitely be abridged, Siegfried as a film remains as interesting today as it probably was almost 100 years ago. Lang’s adaptation of the story is not only a triumph in early cinematic history but still remains engaging almost 100 years later. While the action and pacing is much different than contemporary film making, Lang’s storytelling and the set designs by Otto Hunt remain some of the most awe-inspiring pieces set to film. Take this, and combine it with bold and adventuresome costuming, stunning cinematography, and subject matter that transcends time and one has a legacy that may also involve a really shitty looking dragon. Fantasy and escapist tendencies have existed throughout history. Though modern fantasy has a strong connection with escapism, the same can be said for the history of speculative fiction. Fantasy, through whatever iteration, allowed people to forget the everyday and become enveloped in the world of the fantastic. The Nibelungenlied, as well as Wagner and Lang’s adaptations, would provide an early framework for what would become high fantasy. It’s basically a paperback with an badly drawn embossed dragon on the cover.