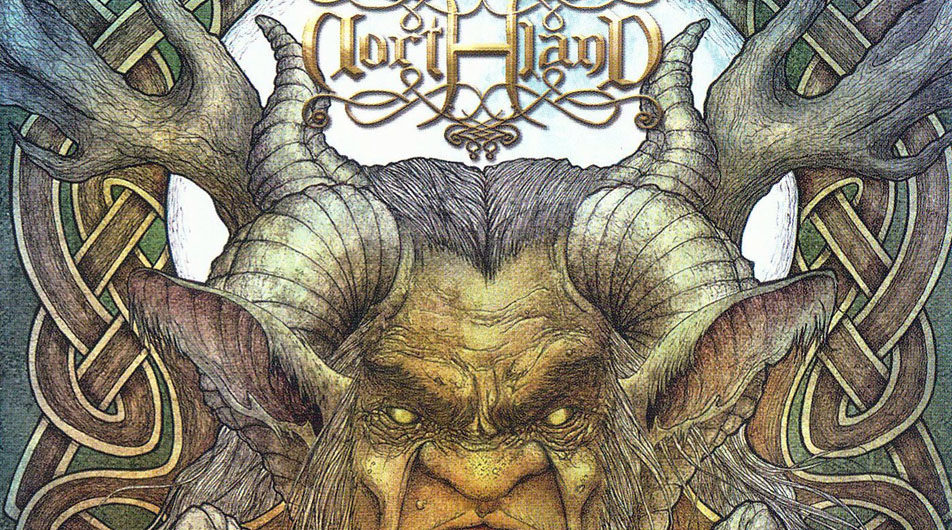 Ah, Northland. At first listen, you could be forgiven for thinking Northland were Finnish, or possibly Norwegian. Their Folk metal style certainly draws a lot of influence from that area of the world. As does their name. You’d hardly expect them to have formed on a cruise around the Maldive’s, and yet oddly enough, that’s not too far from the truth. Not to close either, admittedly.

They’re from Barcelona, and if you find yourself wondering what inspirations they took from that part of the world, so am I. It took me about a year from hearing them for the first time to discover where they were from, and about another six months to believe it. Clearly these aren’t the kind of guys to let something petty like geography stand in the way of a musical destiny and you’ve got to respect that. As a bunch of Spanish Vikings they sound just as brutal as they should.

In terms of that musical destiny, it’s Finnish folk metal all the way. So a comparison to Ensiferum is inescapable. They’ve a similar kind of metal, and there’s a good mix of the melodic and the speedier, angrier songs. While at times it sounds a lot like some of Ensiferum’s “From Afar”, It’s really more a homage than anything else. There’s all the energy and a similar mission statement to those guys, which is hardly a bad thing. I’m glad to say though that for the most part they take it in quite a new direction, mixing and layering keyboards, accordions and violins with a consistently inventive way.

Typically I’m not such a huge fan of the overuse of the keyboard in my folk metal (I just can’t Imagine Beowulf settling down for a tinkle on the Cassio before setting out to skull fuck Grendel) but here it works. Usually I find it can sound unnaturally synthetic, and that tends to clash with the mead-hall aesthetic I like to pretend I’m developing when I drink alone in my disgusting flat. But here the growling and the violins pull the synthetic down into the mud, and the overall effect is fantastic. At times it sounds like the kind of war hymn that might have been produced if Odin, in his infinite wisdom, had given Vikings electric guitars. Which is just more proof that the universe isn’t perfect.

It all kicks off with the suitably epic “prelude to revenge” which immediately sets the scene. Sweeping wind and a heavy drum beat give a good and immediate indication of what to expect. It’s followup, “revenge” is suitably energetic with some fantastic violin work and a first taste of what will become a pretty much consistent feature, full throated energetic growling.

Another stand out is the fourth title in the album, aptly titled “The Old Town’s Inn” which, as well as being a tour de force on the fine art of folk metal accordianship, is possibly my favourite piece of tavern hall music. It’s well built, interesting and ends with the only kind of climactic finale such a piece deserves. From there, the rest of the album just becomes more epic and powerful. Though it sometimes struggles to maintain it’s own high standards in places, It’s the kind of work that’s flaws come from an excess of ambition, not a lack of it. I urge all who enjoy their folk metal somewhere between Finnish and furious to give this almost criminally unappreciated band a look.