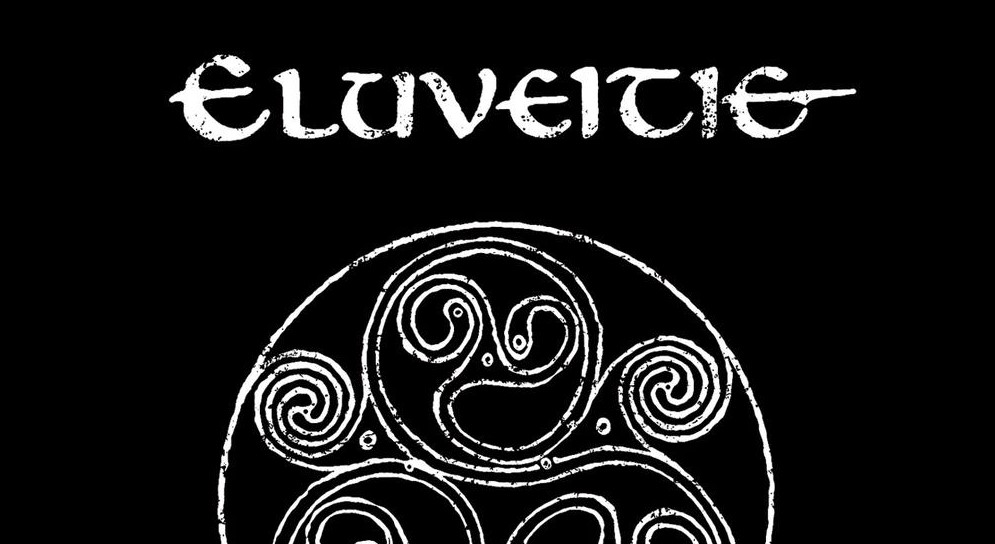 Eluveitie are a band that is set in their ways, and as such their sound has remained more or less the same since their debut LP Spirit back in 2006. Not that I’m complaining much, because their brand of folk metal is so easily digestible and full of replay value that I’m still listening to songs like “Inis Mona” on a very regular basis over four years since its release. They’ve been called the Dark Tranquillity of folk metal – a band that has done little over the years to evolve themselves, but no one seems to mind – and rightly so: they are one of the more enjoyable and consistent folk metal bands in the scene today. 2012’s Helvetios finds Eluveitie doing – well, pretty much the same thing they’ve always done. The riffing is clean and tight, the folk instruments as prominent and wonderfully over-the-top as ever, but like butter spread over too much bread this mammoth 17-track album tries to do way too much. For that, the replay value is nearly decimated, but taken in small doses Helvetios is a success that keeps folk metal rocking right along.

Just as 2010’s Everything Remains as It Never Was was a stylistic brother to 2008’s Slania, so too is 2012’s Helvetios a brother to Everything Remains as It Never Was. I can’t say that I was as so taken aback with delight as I was when I first listened to Slania – my first exposure to Eluveitie and an album I still regard as far and away their best – but I was not disappointed either. The vocals of Chrigel Glanzmann are as raspy and Mikael Stanne-esque as every (again bringing comparisons to Eluveitie being what Dark Tranquillity would sound like if they had gone folk metal) but are of such quality that they are listenable for a long period of time – and a long period of time you will be hearing them, indeed. Seventeen tracks are by far the most Eluveitie have ever released on a single album, but I feel as if it is the single most fatal flaw of the record. I love folk metal, but I do not love hearing what is, for all intents and purposes, the same sound for that many iterations. Granted, there are some bombs here, especially tracks like “Helvetios”, “Home”, “The Siege” (where vocal diversity reigns supreme) or the wonderfully refreshing “A Rose For Epona”, but I feel like many of the tracks here could be tossed as b-sides or left as bonus material for some 2-disc edition of the album.

The core of Eluveitie’s music – the folk aspects – is as strong as ever. With Glanzmann, Päde Kistler, Anna Murphy, and Meri Tadic all contributing to album with instruments as diverse as the hurdy gurdy, fiddle, gaita, and mandolin, one can easily imagine the array of sounds streaming out from every crevice. The light, airy, and crafty folk instruments sit aside punishing distorted electric guitar chords wonderfully, and create that multifaceted sound that Eluveitie use so well. During songs like “A Rose For Epona”, where female vocals dominate alongside heavy guitars and fleeting folk arrangements, it seems as if Eluveitie are re-inventing themselves while still sticking to what they do best. Sadly, I can’t say as much for the remaining songs, which usually wallow in that “been there, done that” realm that leaves an album as long as this one in a clear dichotomy. On the one hand, there are the songs where inspiration dictates the music, and it is here where the album’s gems lie. On the other hand, there are times when you feel as if you’ve heard this all before and just want to move on.

I daresay that Helvetios represents where Eluveitie’s direction is heading: towards an enjoyable but not quite remarkable stagnation. The pit gets deeper with each album, and every time I hear a release in the vein of Slania the more I realize that Slania has yet to be matched. There are pockets of hope here and there, but when I struggle to get through an album due in part to its length and in part to its repetitiveness I become a bit detached. There is hope yet, however, as long as Eluveitie are willing to take the many positive aspects of their music and direct them towards more creative endeavors. Folk metal is such a difficult genre to get right for the same reason why Helvetios turns out to be a good, but not remarkable, effort: it relies so heavy on a band’s creativity that when that creativity wanes, the music sinks fast. The elements are all there: superb folk elements, excellent vocals, contrasting sounds, some killer riffs, solid drumming, good production – but that is leaving out one critical component. Songwriting is where the genius lies, and on Helvetios I can only say that the songwriting is good – nothing more. If this is your first exposure to Eluveitie, there is no doubt that you will be consumed by its melodies and tunes, but if you’ve been with the band for a while, you are probably wanting just a little bit more.