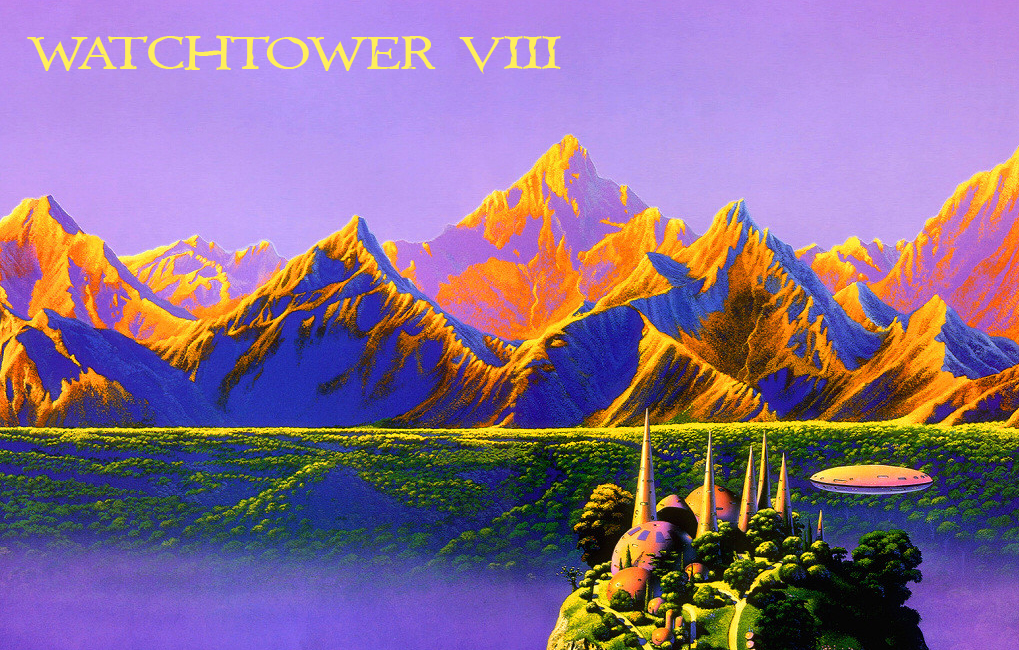 This month’s image…along with the entire 2019 set of article will come from Tim White. White was born in the UK and spend most of the 70’s make dozens of illustrations for well known and obscure publications, from the cover of Salem’s Lot by Stephen King to the cover of UFO UK. Tim White has a career of fantastic paintings from the awe inspiring to the ridiculously awesome. I am also spending the first installment catching up with things that I either missed from last year or am not just learning about in this year. Time is relative when it comes to enjoying heavy metal and though I enjoy keeping up to date with the most current allowing oneself some leeway is always a good idea.

We are going to begin the new year with one of the more promising demos of 2018 now turned into a full length for 2019. Traveler is from Canada and their sound is classic and tested to not only give heavy nods to NWOBHM and USPM of years past but also sound like they belong in the current year. I mean, there maybe less fans of this style now but I am sure they are just as excited.

Something I missed in 2018 was this stunner by Stunner. Oh man look at that album cover. where can I get a blanket with this on it and sleep in the comfort of sci fi speed metal? Break out the old pencil and paper sci fi RPGs and get ready for some gruff escapism.

This is from 2018 and is perhaps one of the most popular albums I have discussed on Watchtower. I did not find this. This was shown to me and it is amazing. While it is easy to say that it is King Diamond worship, the actual composition of this new Sacral Rage album is a bt more complex. Outside of the Mercyful Fate / King Diamond vocal / guitar tone as the band travels to the stars in terms of subject material only to bring back something I never knew could exist but am happy it does.

Wow, this is from 2015. where was I. This appeared in my feed and I have no idea why I am being recommended material from 4 years ago. Once listening to the music however, time does not really hold much dominion in this realm. If you like Uriah Heep, or any of the other proto metal progressive hybrids which formed heavy metal’s history, then Tarot is right here for you. I feel the vocals could be a bit more powerful but perhaps the band is crafting a perfect record for 2019 and this is just a preview of the places we will travel.

So Hitten came out last year and I was suprised I never heard about it. the sound is drawn from the same materials as the other throwback heavy metal which seems to be popular. While the band does not have the gruff USPM exterior which is popular among traditional fans, it still has some great power melodies and a cover which is fantastic among all others.