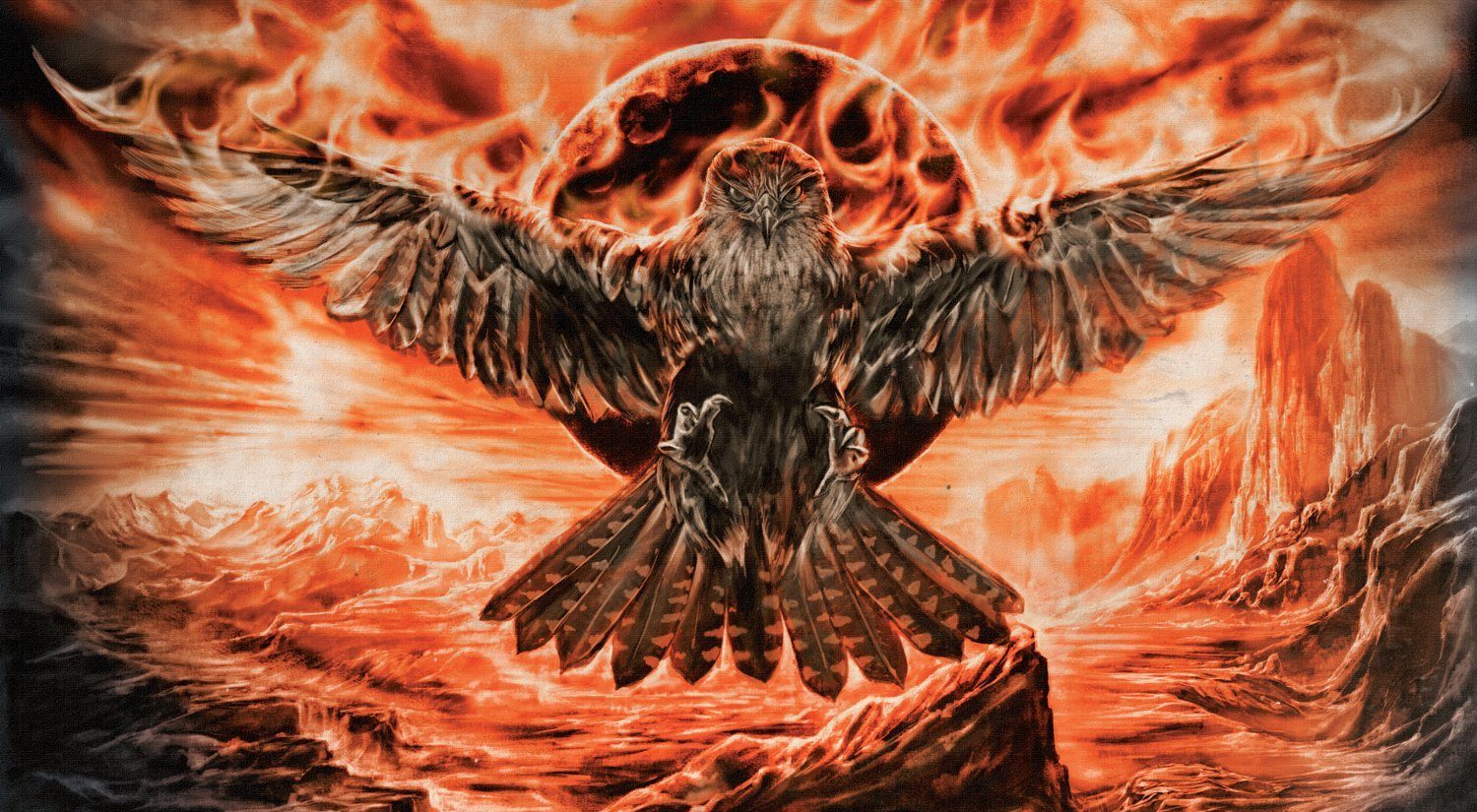 When it comes to Falconer, I’ve always felt a little different from most of their fans. For example, my favorite of their albums is Armod (this is the moment where we separate the readers familiar with the obscure Swedish group from those who aren’t).

It was a weird album for them, a departure from their usually Power Metal heavy sound to a more Folk Metal melodic style.

While I’ve always got time for Power Metal I’d be lying to myself if I said I didn’t prefer the less intense, folksy rhythms over their faster, more viciously energetic stuff. In the past a combination of the unquestionable talent and the occasions they’ve deigned to allow a little folksiness into their music have kept me paying attention. Armod, was, for me, The more enjoyable album because it ventured further into folk.

Black Moon Rising is a return to form that I probably would have enjoyed more if it wasn’t also a departure from another one. But, then again, I’ve rejoiced before now when a band’s abandoned their former genre and leapt into something I’ve loved, so I’m hardly in a position to complain now. Just know that I’m coming to this a little biased.

This album is, objectively speaking, a really fucking decent Power Metal album. There’s a deal of variation to the riffs and some of those are sharp and jagged enough to be retained in memory for a good long while. Their lyrics are, while a little repetitive at times, well varied in theme and buoyed by the uncommon and distinctive vocals. It sounds like a classic from the band; that return to form I talked about. If you liked their old stuff, there’s absolutely no reason you won’t find everything you disliked about Armod gone from this one.

This is speedy, powerful riffing at its core with the folk stuff turned down to an all-time low (or, at least an all-time Mathias Blad low) and seems almost entirely gone from most of the tracks. Not gone from the album though, I’m pleased to say. “Scoundrel and the Squire” provides much of that folksy stuff I’ve been hoping for, and it’s the one song from the album that’s made it through to common rotation. I don’t see it coming down any time soon.

The standout, though, is unsurprisingly “Black Moon Rising” If there’s just one song you listen to, let it be this one.