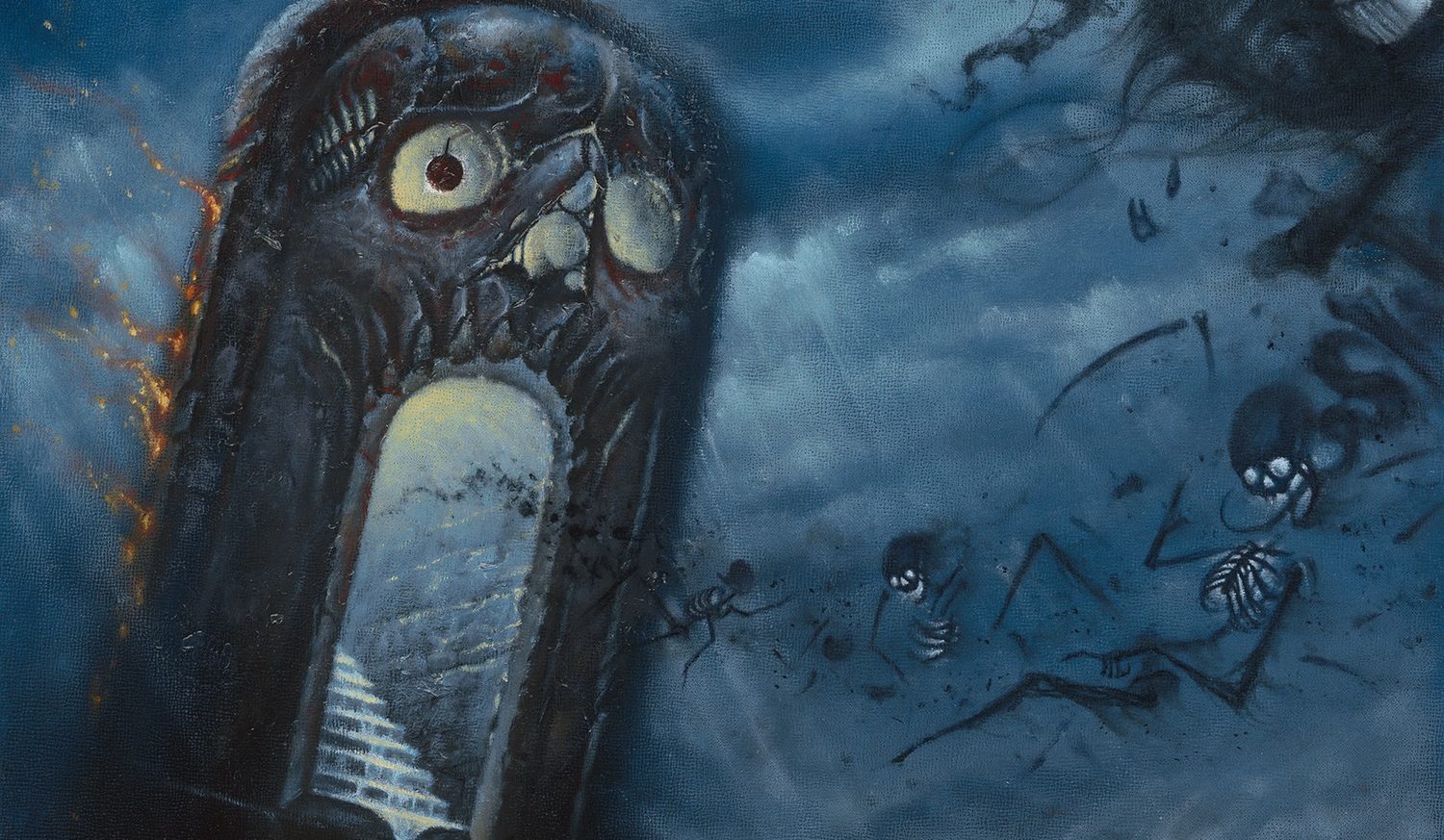 Is it possible to make a death metal album with too much chaos, too much energy and too many guitars squealing like demonic lost souls? Does good thrash require restraint, the calms and the storms or can the same effect be achieved by a change to a different kind of storm? Can constant energy get boring?

Like everything from MasterChef to identifying my father’s charred remains, it always comes down to taste.

None of these are rhetorical questions, I should point out. And the answerers you arrive at will pretty definitively tell you whether this week’s band is for you.
Revocation, for those unfamiliar with them, have been producing reliably fierce albums for seven years now, sharpening their craft to a fine point. Aside from having a name that reminds me of the status of my library card (apparently goats blood doesn’t come under regular use, damn Illiterati) there’s nothing about these guys that doesn’t scream “death metal”.

They’re nothing if not consistent. Death metal purists will be able to pick anything out of their previous discography without fear of coming across surprise prog rock or folk. It’s a rare band that emerges knowing precisely where they’re going, but these are definitely one of the few. It’s also been a linear progression for the band so far, with each album subtly superior to the one before it.

Deathless is unswervingly powerful in the same way a cannonball or a rhinoceros is, hitting you as soon as you begin the album and not letting up for the duration. And while the impact is tremendous, can it still be tremendous ten minutes in? Impact is all about defying expectation, and the problem I had with this album was its predictability. Each song follows a pretty generic shape that, while constructed well, is constructed the same way as the one before it. It’s not a problem with the musicianship. The guitar work is fantastically intense with clear thrash metal influences in the lead, and the rhythm section boasts some pretty phenomenal technical work, but, like I mentioned earlier, this is a band with a definite direction and the downside of that is that they can very rarely surprise you.

These are some incredibly skilled musicians, and I find myself disappointed that they’ve somehow managed to work maybe two or three memorable songs into a whole eleven track album. They’re not bad songs, but with this kind of dilution it’s hard to keep feeling the impact again and again.

At one point during my first spin I found myself stopping to make sure it hadn’t looped.

Despite all this, I can see why these guys are as popular as they are. This is solid death metal, and their songs are technically impressive. It just so happens that each song is impressive in the same way. Not so much a one trick pony as a one trick destrier, but the effect is the same.

You might like their approach, clearly a lot of people do, but for me a lack of variation kills it. If you don’t find that to be a problem, you’ll probably love them.