AMORPHIS – Under the Red Cloud 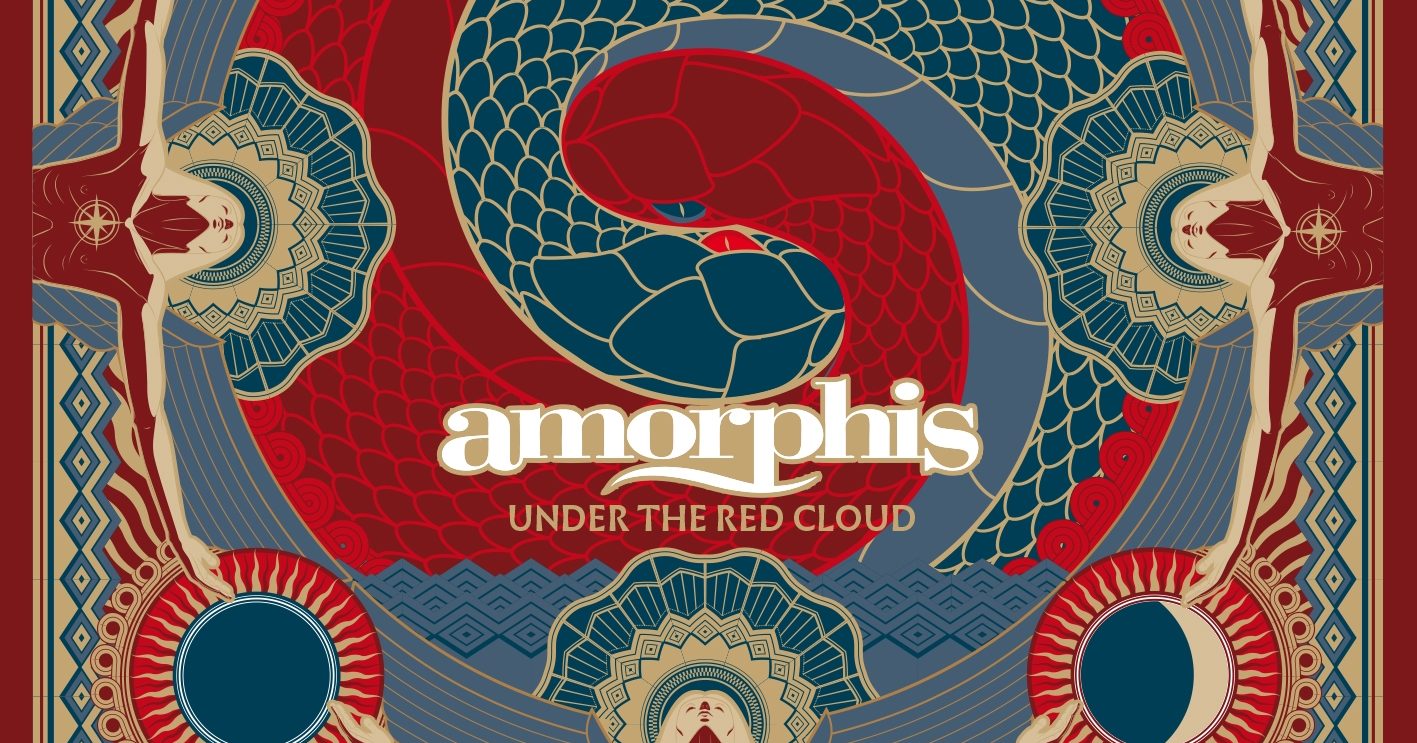 Amorphis are a Finnish heavy metal group with its origins in the far and distant pre-history of 1990, which means they’ve spent a good 25 years experimenting with their style. They call it “melancholic rock” and while their history covers every metal genre you can shake a goat’s head at, this outing settles pretty definitively on a melodic/folk hybrid.

It’s catchy and ballad-like, with the kind of hooks you usually see though a butcher’s window suspending half a pig, and while you could easily say they’re a little hammy, you’d be ignoring the best part of what these Scandinavian rockers do; pure, unapologetically melodic Finnish Metal. Sure, they embrace some of the weirder ideas, with a use of synth that doesn’t always mesh with their folksy core. That’s the prog coming through, and probably something to do with the “modern metal” allocation on Nuclear Blast’s homepage. Oddly, all the tracks start like this, with weird hints of progressive synth rock, but it’s not something that ever seems to find itself taking over. Despite the occasional borrowed trick or what genre the label applies, this is melodic metal to its core. Occasionally predictable in structure, sure, but held together on the kind of firm, unshakeable bedrock that only 25 years of stamping can produce.

“Death of a King”, for example, is a great example of Tomi Joutsen’s vocal prowess, switching effortlessly between growled brutality and clean sung, epic sections that really hammer home the sense of power they’re going for. Thankfully, they resist the temptation to stray into ineffective crooning, showcasing just how comfortable the band have become with their sound, and it’s easy to see why.

“Enemy at the Gates” is another standout, specifically, features some incredibly weird synth work that, even in an album as experimental as this, doesn’t fit into the folksy, guitar/piano feel that pervades through the rest of the track. Fortunately, for the most part this is the kind of rhythmic, fast paced music that’s almost impossible not to head bang to. In fact, “Under the Red Cloud” almost came with a surgeon general’s warning to this effect; apparently, if you try resist the urge to jerk your brain box in time to the chorus, pure molten rhythm flows straight up your spine and rips the muscles out of your heinously unbanging neck. They only got around it thanks to a hefty bribe, which would be pretty terrifying if I hadn’t just made it up.