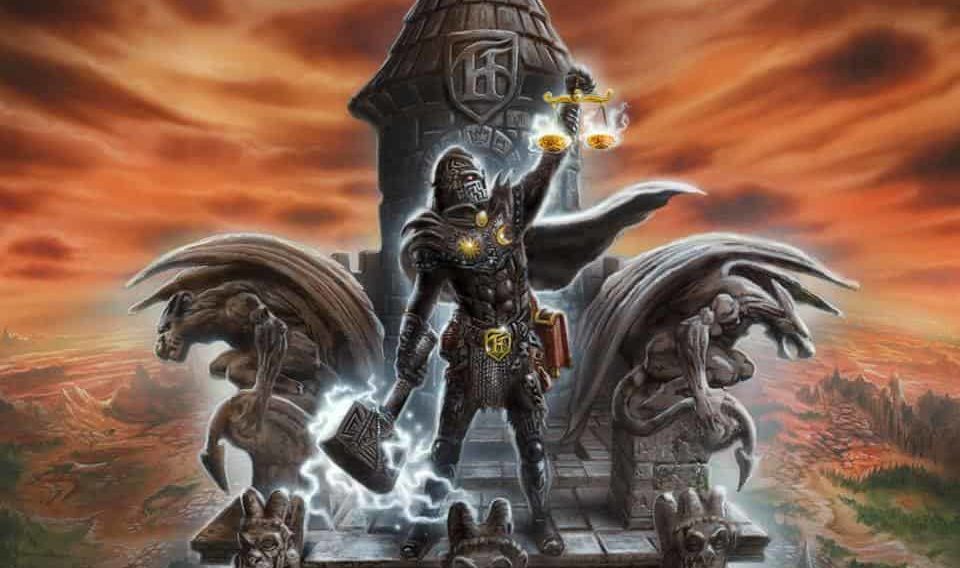 What is there to say about HammerFall that probably hasn’t been said in the last decade or so? You all know that this band is a Swedish heavy / power metal outfit that since 1997 has made it their goal in life to keep playing the same type of music they seemed destined to do. Since that time in 1997, HammerFalls has made a similar sounding albums complete with their own armored mascot named “Hector” which has appeared on each cover. Save for 2011’s Infected, every cover has had some iteration of this masked figure wielding a warhammer which ushers HammerFall into the mystical world of serialized fantasy metal. It is hard not to root for these guys despite all of the odds.

Built to Last, the band’s 10th studio record, is a shout of optimism for a band whose lineup has stayed relatively steady for quite a number of years. Built to Last also seems to be a shirking of any feelings of stagnation as Hammerfall does not seem to concerned with changing up the Hammerfall Formula which now acts as their tradition. There are choral chants in “Hammer High” and more in “Dethrone and Defy” and maybe even more in the album’s title track. There have been choral chants for while now and at this point in their career and for their audience a massive change in tactics is probably not the best idea. One can expect certain things from Hammerfall and one gets it with quick delivery. For what it is and for what people need at this moment, Built to Last maybe a rallying cry for people who want no nonsense power metal.

If I sound critical of HammerFall at all, it should not be taken as a negative. Built to Last is top notch in terms of execution and presentation. In fact, compared to imitators and start ups, the band seems to soar with confidence and experience. The fading harpsichord sounds of “Second to None” elicits such a warm emotion, it is hard to not at least look the other way while HammerFall passes through the gate.