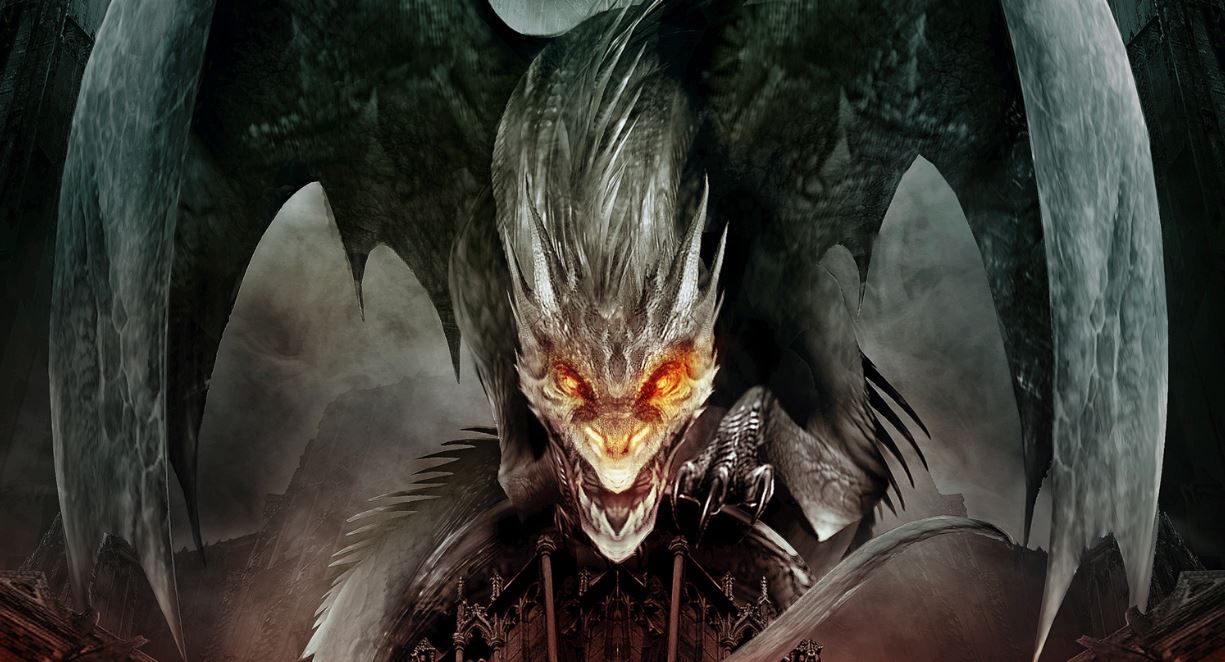 I do not know when it started, or even how, but for the past few years I have been following, without waiver, every development in the saga surrounding Rhapsody. It is time to get into the over complicated world of Italian symphonic power metal.

Before we begin, let us recap shall we. Before name changes and internal tension would rip the band asunder, Rhapsody was an above average power metal band that was content in making records revolving around a singular storyline, the Chronicles of Algalord. This epic was divided into two parts and ran through each album. The Emerald Sword Saga was heard in 1997’s Legendary Tales and concluded with 2002’s Power of the Dragon Flame. The Dark Secret Saga was begun in 2004’s Symphony of Enchanted Lands II and concluded with 2011’s From Chaos to Eternity. Halfway through the Dark Secret Saga however, the band had to change their name due to copyright issues. Now called Rhapsody of Fire, the band spent the mid to late 00’s wrestling with legal issues concerning Manowar’s Magic Circle Music and growing tension internally. After a hiatus, Rhapsody of Fire finally concluded the Dark Secret Saga with the last two records in 2010 and 2011. With the close of From Chaos to Eternity, the band departed from high fantasy storylines as well as its original core of members.

Following a well termed split, longtime guitarist Luca Turilli’s Rhapsody would branch off and make his own quasi fantasy albums while Rhapsody of Fire would continue their own quasi fantasy albums with Fabio Lione, Alex Staropoli, and Alex Holzwarth. I have asked myself many times why the state of Italian symphonic power metal has to be fractured but no one will answer my letters. The good news for everyone is that Rhapsody of Fire’s split creatively jumpstarted both parties leading to Ascending to Infinity, a surprisingly fantastic first album from Luca Turilli’s Rhapsody. No longer weighted by a large storyline, Luca Turilli showed the 5 of us still here that no amount of real world stress can affect the internal working of a quasi fantasy universe. It is time now that Rhapsody of Fire takes a turn to show the now 4 of of still paying attention.

The loss of Turilli is a noticeable gap with Rhapsody of Fire. Turilli’s guitarwork was one of Rhapsody of Fire’s signature sounds. In replacement, Roberto De Micheli was brought on board, who may or may not be connected to the Thundercross project, which was Rhapsody before Rhapsody had a name. Regardless, De Micheli’s guitar work is subdued in Dark Wings of Steel as to draw attention to everything else happening in the album. This is not to say De Micheli’s work isn’t entertaining or even up to standard with Turilli’s, but the focus for Dark Wings of Steel seems to rest in production and wider structure. What follows is a spectacular power metal record with a few areas of flounder.

It took this schism between Rhapsody for me to realize where the strengths of each respected party lies. Luca Turilli’s Ascending to Infinity showed everyone the technical wizardry of guitar that fit so well in Rhapsody of Fire. Turilli combined with Staropoli’s keyboard made some memorable, if not near ridiculous, solos. Without Turilli however, the strength in Lione, Staropoli, and Holzwarth lies in broad scope and vision. While not focused on individual parts, Dark Wings of Steel still retains the same cinematic disposition heard in previous albums. The albums’ fitting opening track “Rising from the Tragic Flames” comforts listeners with the familiar choir and reminds everyone that, though things have changed, there will always be new adventures waiting over the crested mountains. Holy shit, did I mention this album is fucking fun?

It should be mentioned that Dark Wings of Steel isn’t going to be surprising to anyone that has heard a record from Rhapsody, Rhapsody of Fire, Luca Turilli’s Rhapsody, or Kaptain Carbon’s Mountain of Rhapsody. The standard pillars are in place including mid to fast tempos, clean operatic vocals, and imagery revolving around optimism masqueraded as a fantasy. This is typical for the Rhapsody project and has made their existence special for the past decade. With that said, in lieu of anything groundbreaking comes enjoyment from consistency. “Angel of Light,” which comes at the front half of the album, still showcases Fabio Lione’s vocal range as well as the bands ability to write long complex power metal songs. Even the slightly too long “My Sacrifice” has multiple points of interest over subsequent listens. Rhapsody of Fire, through all of the shit and fire of real world stress, still endeavours to be a vehicle for unadulterated escapism. This is evident on the band’s finest song within the last few years “Silver Lake of Tears.”

I highlight “Silver Lake of Tears” not only because it was the single that introduced the record but because it is one of the best songs the band has written in the last few years, or even half of a decade. Though the rest of the album is perfectly fine, “Silver Lake of Tears” gives listeners a chance to see the band without flaw or blemish and for at least 5 minutes lets everyone take a 10 year step back to albums like Power of the Dragons Flame and Legendary Tales. De Micheli’s guitarwork is best highlighted with this song as well as Lione’s vocals, which sound like an Italian angel. Though the entire album peaks with this particular song, everything else around it is just as suitable for complete enjoyment.

It is interesting comparing Turilli’s record with Rhapsody of Fire’s, especially the low points. Turilli’s Ascending to Infinity sunk with the introduction of ballads, including the reinterpretation of Alessandro Safina’s “Luna.” Rhapsody of Fire’s ballads like “Custode di Pace” are much more even in their quality and do not send listeners into a squirming cringe. On the other side however, Turilli’s high points reach above the peaks heard in Dark Wings of Steel. This small observation is more of interest as the band excels in different areas and, now split, can be analyzed independently. I know I just spent the last few paragraphs dissecting Italian symphonic power metal with the general conclusion that everything is awesome and I really fucking love it all.

Despite the last sentence, Dark Wings of Steel is not one of the best albums of the year. For power metal it is one of the more enjoyable in recent memory sliding along side Avantasia and Dark Moor. For longtime fans of Rhapsody, and those who have followed developments, it is another solid entry in an ongoing saga. A saga that is not just in story but in real life events. For Kaptain Carbon, shouting on top of his Mountain of Rhapsody, it is one of the best albums of the century. I think, in a few years, the band may come back together leading to the triumphant cheers from, well 2 people who will still be here. One of them will be me. I am not going anywhere. I have already signed on for life.