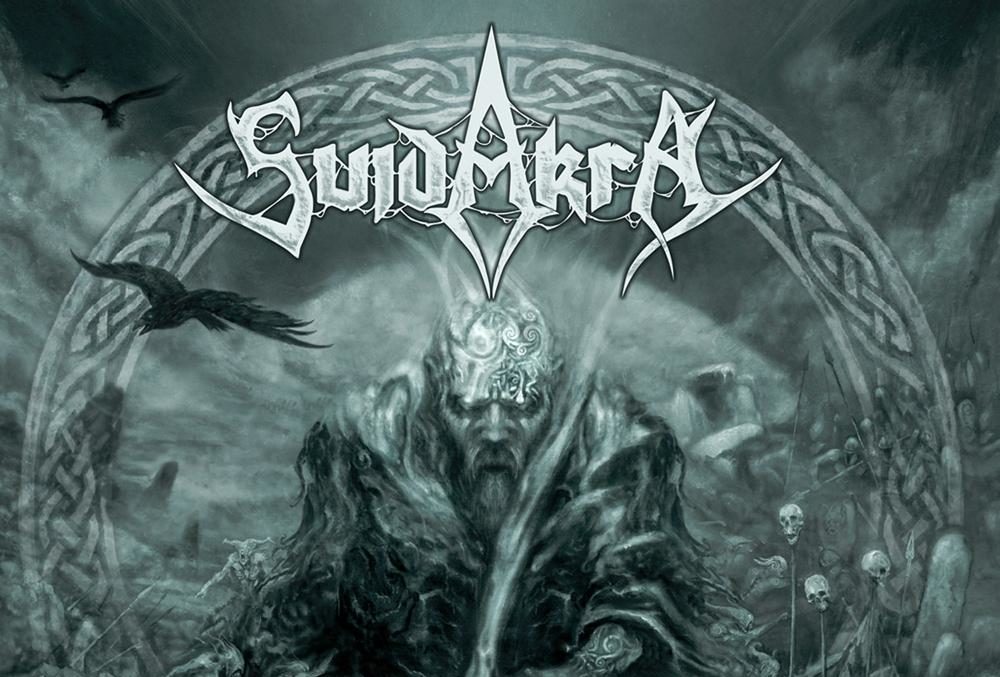 Yes, this is what I need. At this moment the winds are kicking up and the end of the year storm will soon be upon us. What a great way to begin the end by reviewing an album from Spring of last year, whose name I still have difficulty spelling correctly. To be honest, after a hard day of 2012 albums it is nice to unwind with a German melodic folk record with heavy Celtic influences. Sudrika? Sudrakia? Sadrukia? Fucking hell.

Sui-Da-Kra is a Celtic melodic death outfit with heavy folk influences. In fact, if I were to invent one silly ass genre it would be melodic power folk death. Sure, why in the fuck not? Anyway, the band has existed for more than a decade and, at steady intervals, have released a stream of records celebrating the intersection between fantasy and Celtic mythology. If you ever have a doubt on how far the band has taken their adoration, the middle half of their 10th record Book of Dowth should be a clear indication. Since the late 90’s, this band has been operating on a separate plane of existence. Caught halfway between 2011 and 2000 BCE, Suidakra intends to make music suited for dreary months during the Iron Age. I didn’t bring this falcata for nothing. Now lets get down to business.

I have never followed Suidakra as closely as other power or folk acts, yet coming into their 10th album was a complete surprise and pleasure. The balance between ferocity and accessible melodies made it one of the more memorable albums of the month. The embrace of folk elements does not stop at making fleeting nods to it, rather songs like “Mag Mell” are full metal-less folk songs with some damn exquisite instrumentation. The contrast between aspects like this and fierce melodic black sections make it varied with few areas of uncertainty.

One of the more enjoyable aspects of The Book of Dowth was the band’s loyalty to the extreme nature of folk metal. While I just mentioned the full folk embrace, Suidakra’s extreme side is just as strong. Often bands go easy on the harsh vocals and instrumentation and merely use the extreme nature as highlights rather than a base. Some of the albums best tracks like “The Dark Mound,” “Birog’s Oath,” and “Fury Fomoraigh” are blistering melodic black tracks with plenty of room for full tilt energy. Rather than trying to mix both elements and thus weakening them, Suidakra separates the two aspects strengthening them individually. This black power folk death concoction is stunning and delicious.

There is something charming about Suidakra which I have yet to fully place. Just the fact the band is comprised of one original member who shares no duties with any other side projects is worthy of note. Suidakra is a heartfelt project with its members devoting all of their time to it. Thank you, Suidakra, all of your covers are wild and I love every one. I may not be able to pronounce or spell your name without a crib sheet but I am sure glad we ran across each other.