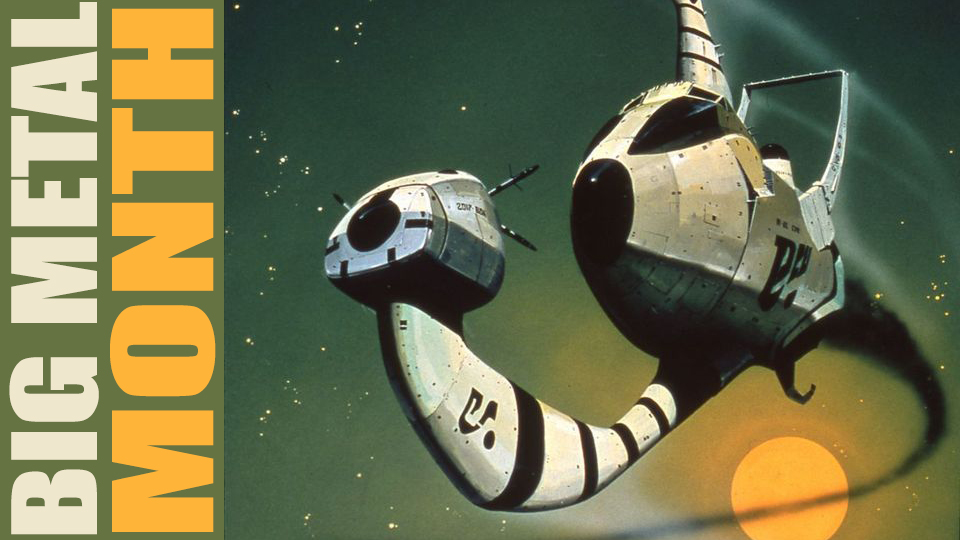 Mastodon returns to us with a short EP which is following their 2017 album Emperor of Sand. The difference between these two releases is Cold Dark Place is a stripped down minimal version of Mastodon with a steel pedal guitar as the primary instrument. While I have had varying views on Mastodon since basically their beginning, Cold Dark Place is an interesting diversion for the band who has had varying successes with experimentation over the course of their career.

Ufomammut was one of my favorite bands at the time of their double album release Oro: Opus Primum / Opus Alter. Since then I have cooled to the idea of psychedelic stoner doom but still speak highly of this Italian band as being the descendants of Pink Floyd if Pink Floyd kept making Saucer Full of Secrets but each time making it heavier. 8 is the band’s 8th album(If you count Oro as one album) and proposes wild wanderings in heavy rocked deserts.

I think this month may just be old bands I used to love making new albums that I may or may not like. Wolves in the Throne Room was pivotal in my understanding or at least journey into black metal. 2007’s Two Hunters was a landmark album for me and has thus been enshrined in my memory. The following albums and their obsession with kosmische electronics is another story. Thrice Woven is the band’s 6th record and returns to their raw black metal roots at least as raw as the band can get. If one was looking for albums like Diadem of 12 Stars or even Black Cascade, this is for you. If you were looking for really raw black metal, you may need to keep going.

Black Dahlia Murder are loved by many and judging by their continual success are obviously doing something right. If one was looking for powerful melodic death with a balanced production of both catchy melodies and brutal styled dissonance, then Nightbringers maybe everything you could want in an October record. If anything I just said is not your thing then I would suggest going anywhere else but here.

Going back to the theme of bands I used to love and learned to tolerate, Primus is probably the least metal on this list but are usually thrown in for good measure on hard rock lists. The Desaturated Seven is the month album from Primus following two of the band’s worst albums in their entire careers. If I sound at all upset it is because everything made in the 90’s from this band was of high caliber and interesting. The Desaturated Seven, based on a 1978 book by Ul de Rico called The Rainbow Goblins. The lead singles from this record show more promise and a return to form for a band that has been lost in fan service concept albums based on Willy Wonka.