Life After Brawl and the Birth of Rogue Formats 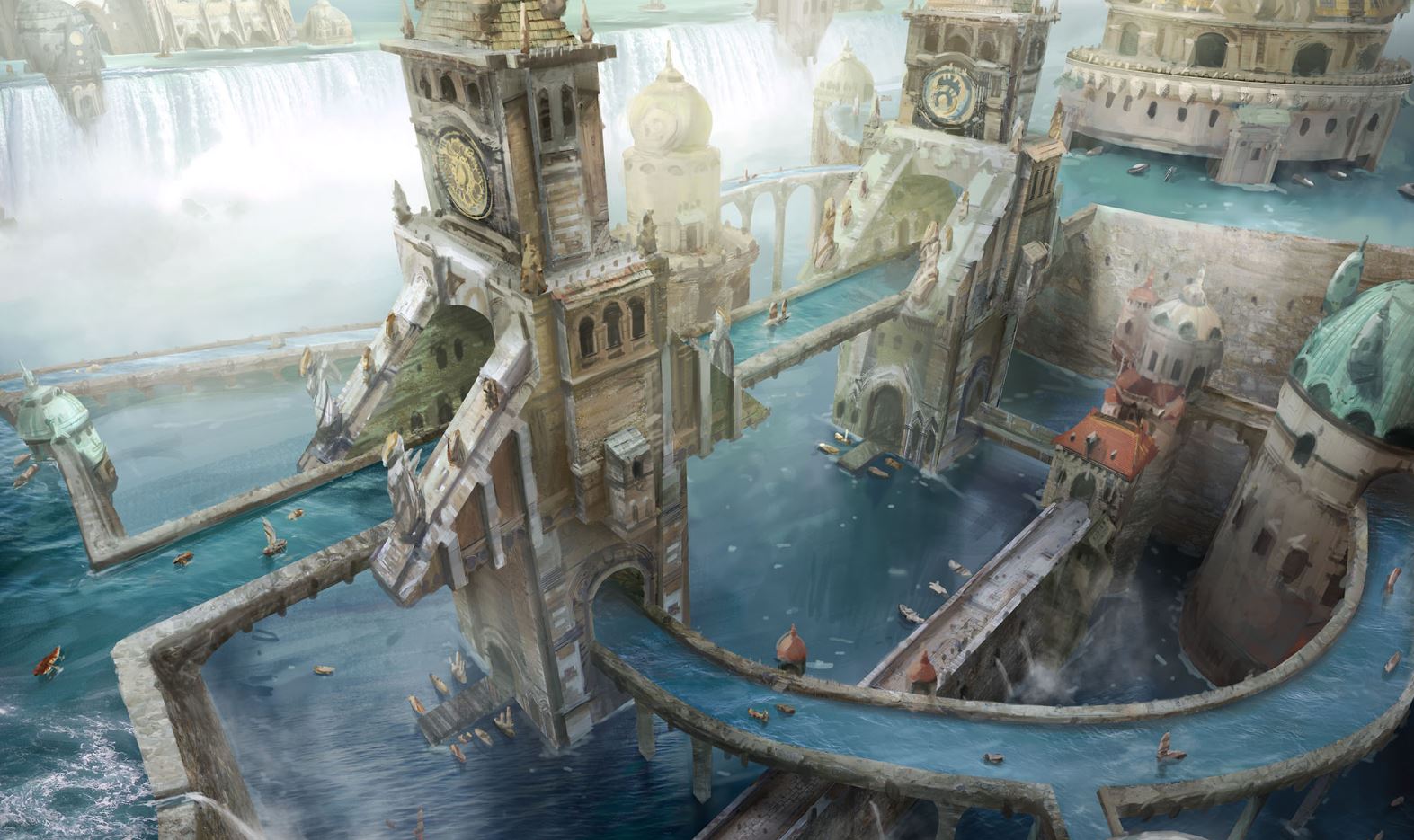 I have written a lot about Magic the Gathering and spent a big part of summer focusing on the format known as Brawl. Previous articles followed this new format from rocky beginnings to more rocky endings with the actual state of the format still unknown to the community. If one wants to read the history of Brawl one can page through my previous articles or just read the summary on MTG Goldfish. What is important is that Brawl came and went much with exctiment and jokes made at its expense. Also to note is a few other things happened around the same timeas the above MTG Goldfish article. EDHREC, one of the largest resources for deckbuilding and netdecking took Brawl away from their site before Ravnica rotation. Their reason was stated on the webpage:

Due to lack of traffic and the impeding work of having to rotate into a new standard, we’re going to pause working on the Brawl site for now. If it ever makes a resurgence either due to Arena or something else, we’ll be happy to bring it back.

Following one of the largest Brawl events at GP Richmond, Brawl was taken off of Magic The Gathering Online with this explanation from Brawl’s creator Gavin Verhey:

Brawl is doing well as a format. We just had a very successful Brawl Championship at Grand Prix Richmond a few weeks ago, with participation even larger than the Commander Championship held the same weekend! And with Guilds of Ravnica at the horizon, there are plenty of exciting new legendary creatures and planeswalkers to build with. It’s going to be a blast!

However, as Alli mentioned above, competitive Brawl events are being taken off Magic Online. Why is this? Let me explain.

When we launched Brawl, we put up events on Magic Online because it seemed like another way to enjoy the format and expand its reach. We had mostly tested multiplayer until that point. And while that initial availability did spike excitement, what we found is that in a cutthroat one-on-one environment, it quickly became solved. This required us to take a bunch of additional action, like banning Baral, Chief of Compliance and changing some of the format rules, which caused some confusion around the format and its goals as well.

We believe Brawl is at its best when played multiplayer. Playing one-on-one more casually is a lot of fun as well—but when prizes are on the line, the incentives to try new things and build fun decks don’t line up with the competitive nature. Promoting competitive one-on-one events on Magic Online has not proved to be the most fun experience for players, and has quickly ground and honed the metagame into the same matchups over and over. As a result, it has made for a suboptimal experience as well. While we’ve seen the format flourish in paper, the environment on in one-on-one Magic Online play hasn’t mirrored that success.

However, don’t take this to mean Brawl is going anywhere as a format. When I say support for the Brawl format is coming, I mean it—and it is still on the way. It just takes us time to create and release everything. In the meantime, you can still play Brawl casually and in multiplayer on Magic Online—and, of course, in paper too. Stay tuned in the months to come for some exciting Brawl announcements!

Brawl’s sunset on MTGO was published in September of 2017 with not a word regarding Brawl released until Maria Bartholdi’s article “Brawling in Ravnica.” I was not aware of this article perhaps being so close to Halloween and aside from the interesting deck presentations it lacked almost anything pivotal to make Brawl relevant or even give it a boost in exposure. No incentives, events, or any rule changes that would bring people back to the format. Just a few new cards and the thumbs up from Wizards that says “whatever you want to do, just go right ahead.” Listen, I understand that formats sometimes never catch on and Brawl is most certainly the victim of the assumption that something could survive without community involvement.

With the spoilers and release of Guilds of Ravnica already a memory and the discussions onto the new reprint set Ultimate Masters, the next large set is Ravnica Allegiance set to release late January 2019. Where does Brawl fit into Ravnica Allegiance if not in the set it was suppose to shine? The answer is obvious: It doesn’t. While I still think Brawl is played in card shops across the world and while I certainly think people are having fun with it, I am going to assume that it is dead or if still alive, not in anyway governing the casual pool of players. Much like Tiny Leaders, Frontier, and other bubble formats, Brawl will remain a memory for those who lived through that crazy summer. 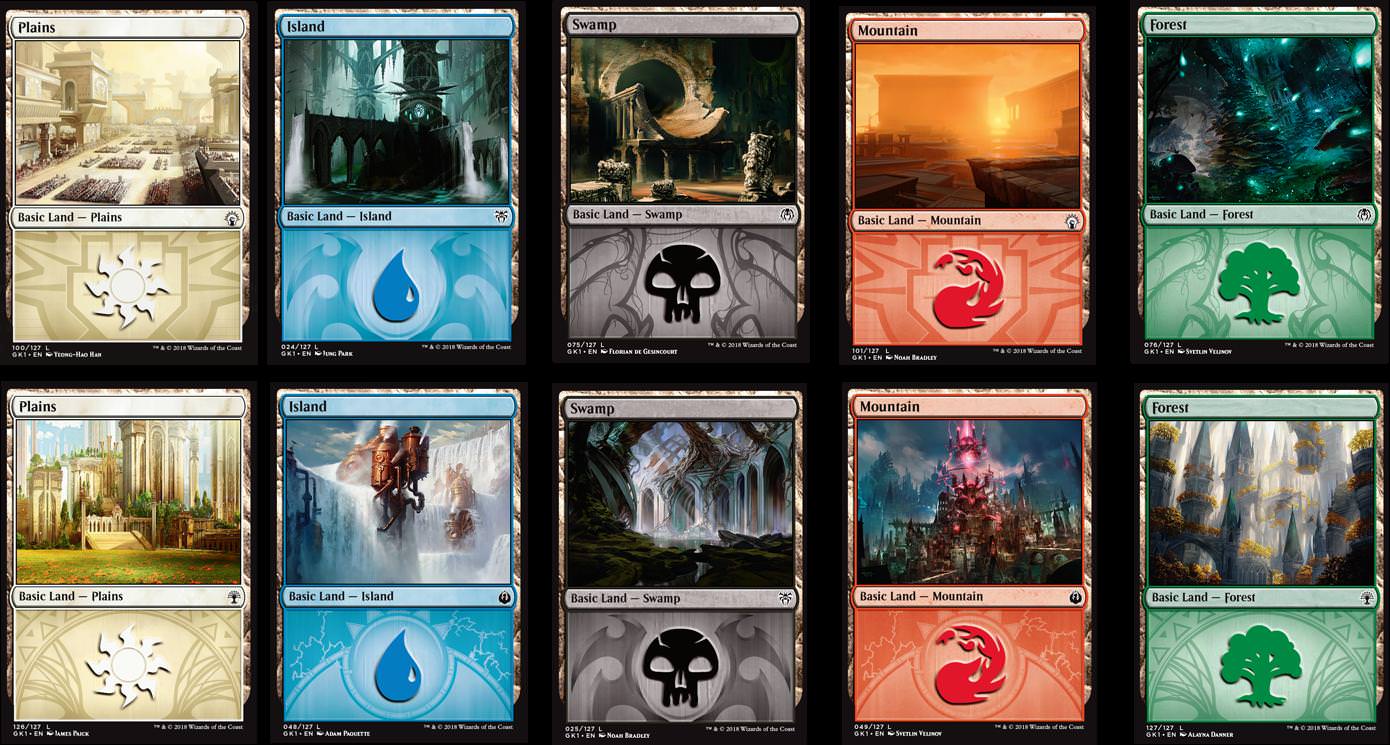 Brawl’s death hit my playgroup hard since we all bought into the idea of singleton standard. Aside from playing EDH (Commander) as our main format, exploring the new sets and employing non EDH cards in each set was something that was appealing. We also bought into casual standard and loved the idea of buying one expensive staple rather than 4x which is why we embraced the singelton aspect. With the passing of Brawl we looked to other products and ideas and decided that is there were no rules that governed our fun, then we could just create our own damn format. Because we were too bad to play standard and too experienced to play free for all, we looked to rogue rules revolving around new products.

The Guild Kits of Ravnica is a supplementary product which is suppose to celebrate the flavor of each guild with reprinted cards and perhaps most importantly really fucking cool looking lands. What our group figured out was that this very cheap product (20$) came with an almost singleton deck, three legendary creatures (some with new art), impressive reprints from the previous Ravnica sets and the basis of a really fun multiplayer deck. By replacing the four or so duplicate cards in each of the decks with new Ravnica cards and keeping the mana base a standard 4x of non basic lands, we found a new way to play the idea of Brawl with Ravnica themed decks that out of the box turned out to be a blast to play. These decks could then be tweaked with the only rule being the Guild Kits as a base. 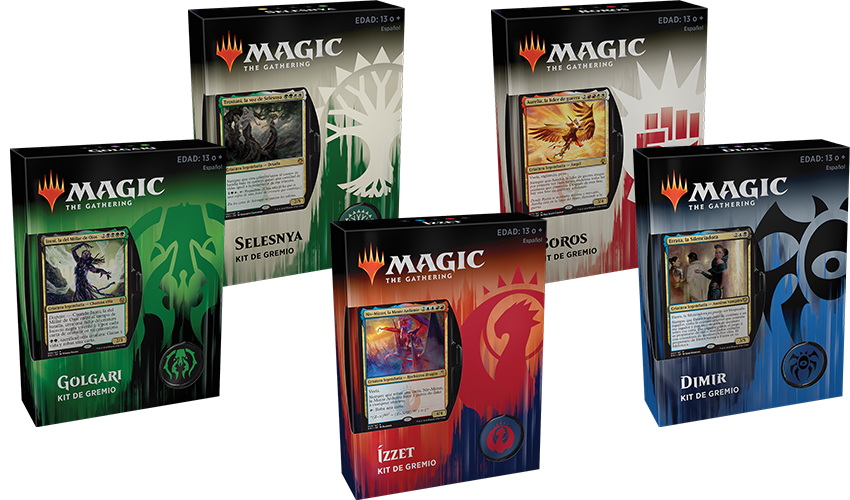 Our reasoning with the manabase was purely selfish since some of us were buying into Modern and Legacy and with the reprinting of shocklands, thought it would be an interesting way to have a singleton deck with strong standard manabase. Even if our Brawlish decks did have the best manabase, at this level it wouldn’t really matter. What is important is that if one person decides to buy 4x Shocklands and use it in their deck, the person running Guildgates is not in that much of a disadvantage. The loose rules revolving around the landbase is the guiding principle to this format being that as long as there is some modicum of balance between decks, it is fine. there will always be inequity among the tuned deck and the base deck (without upgrades) but the person playing the 20$ base deck should never feel like they have to keep up which is something Brawl demanded aggressively in a casual format. 20$ to play Magic 1v1 or multiplayer with the option of buying into the set that would only benefit more formats sounds like the best way to play. What follows is our unorthodox house rules that could probably be unbalanced but works for our small playgroup. this is not the start of a new format rather something we found which works with our group which is something I believe is apart of the fun of magic.

1. 60 card Guild Kit as a Base Deck.
2. Singelton Non Land Rules (Mana can be 4x).
3. Cardpool can be either Block (Guilds of Ravnica only) Standard (Back to Ixalan) or Flavored (anything from Ravnica themed sets)
4. Legendary creature as Commander
5. 25 Life 1v1. 30 Life Multiplayer.
6. No Commander Damage though we are exploring other options.

In conclusion this is only something that has worked for our small basement playgroup. While we work on these Brawlish Guild decks, some of us are building for modern or continuing to work on EDH decks. Ravnica Allegiance will bring the other 5 guild decks to the market and if they are anywhere close to the quality displayed by the first batch, we are in for interesting games.