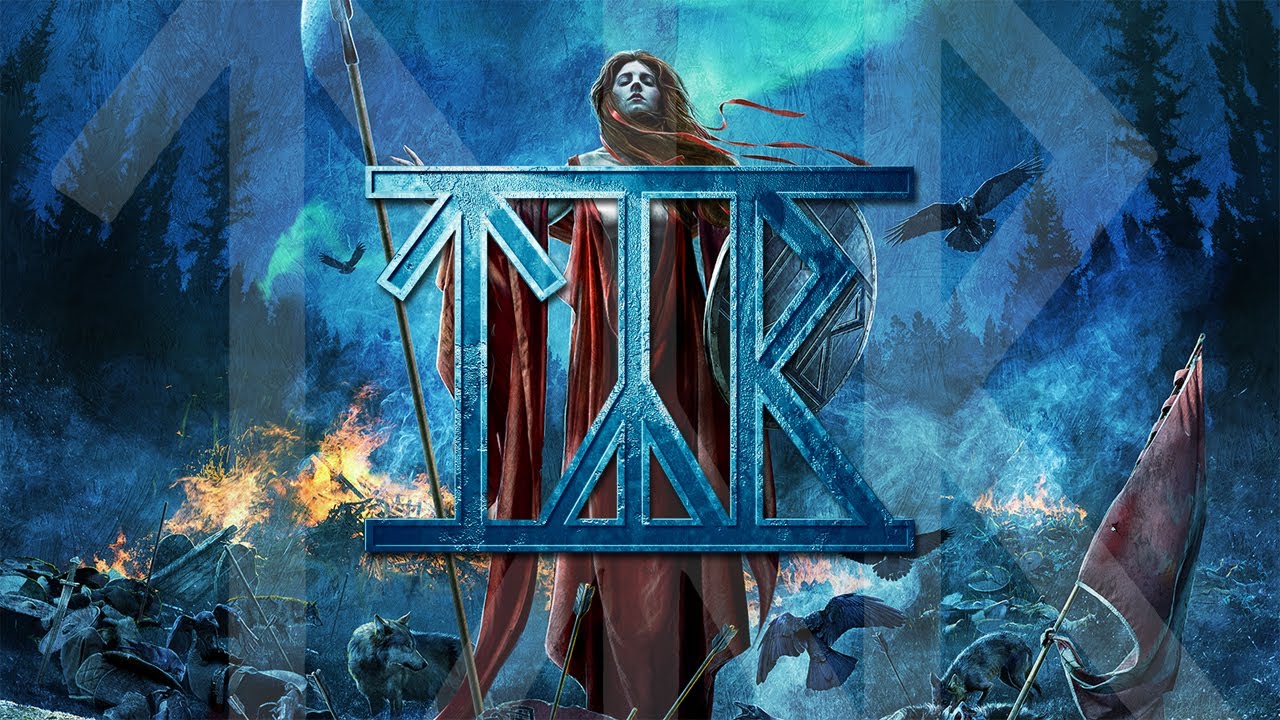 Wait. Are we sure this isn’t power metal? No, I am not saying that but, really? Only progressive folk metal? I mean it’s cool if you want to be power metal. No one is going to make fun of you.

Every time I talk about Tyr, I have to make a mental note of where exactly the Faeroe Islands lay in relation to everything else. This outfit is from a very small network of islands that lay in the middle of the triangle created by Iceland, Scotland, and Norway. Historically, the Faeroe Islands were way too fucking far out of range for it to make any substantial impact on history. This is, of course, except for Tyr, the country’s most popular metal band, narrowly beating out the other 6 contenders. Despite this very small pool of applicants, Tyr has fast become one of the leaders in pow— I mean thematic folk metal.

Tyr has been around for a while. Since the early 2000’s the band has been consistent with not only their release schedule but also their member retention. The only supposed loss was due to personal injuries when longtime drummer Kári Streymoy was rotated out for Nile drummer George Kollias. Kollias or Tyr has not made any formal announcements on the the future of the band’s percussion section, but for now at least everything works fine. Despite, recent events in Tyr’s universe, the four members have formed a core of melodic folk metal with progressive leanings. Valkyrja is the 7th record from Tyr and continues to carve out the band’s place in the universe of power metal. Fuck it. Come on guys. Just admit it.

Even revisiting 2011’s The Lay of Thrym, Tyr possessed a very folk driven approach to their music. One could reasonably hear their place in whatever comes between an obsession with mythology and a love for guitar hooks with harmonized singing. Valkyrja is different in that it feels more like, you guessed it, a power metal album dressed in folk garb, which would reasonably be some sort of glittery cloak. While all the same elements are present, Tyr’s music feels like it is purposed to deliver the most amount of memorable pre-chorus, bridge, and repeatable chorus possible in an album. Something more than a replacement drummer has changed this time. It is time to admit to yourself that the world of power may suit you more than originally thought.

From top to bottom, Valkyrja is special. Tyr’s ability to write memorable choruses and interesting folk metal melodies has never been as noticeable until this particular release. Albums like Ragnarok may live as a cornerstone of the band’s discography but has never made an impression quite like this release. I have always thought of Tyr as the band obsessed with Nordic lore that made great music to play Elder Scrolls to. Valkyrja reaches people beyond the standard folk metal fans and offers anthems of deep mythology for even people familiar with the proper names for all those really really long poems.

Valkyrja is destined for a greater audience. Songs like “The Lay of Our Love” and “Hell Hath No Fury” are completely different than the band’s previous material in that at points one forgets that this is a heavy metal album. It is a strange borderland where all elements are present yet the sound has transcended to an new plane. The pop consciousness of the band is even more impressive that their songs are both memorable and structurally solid. While Valkyrja’s differences subtle and may not be completely noticeable, even to fans, the slight change makes this album more exciting than the band’s previous string. This maybe cutting down the band’s strengths a bit, but Valkyrja has many more moments of substance that do not involve Odin than any of their previous releases. Alright, some may but this is not the point.

Tyr has done a fantastic job at crafting power folk for people who enjoy Nordic and ancient flavors mixed with melodic metal. Since the mid 2000’s, the band has done a string of albums that are all reasonably solid and pretty much all look and sound the same. Valkyrja’s artwork breaks the tradition of grey toned Nordic warriors with a half naked warrior vixen on the battle field. Listen, just bear with me. Despite it still seeming the same, the cool tone of the album mixed with the ever more pop angle makes Valkyrja more noticeable and memorable. Listen, I am not saying you and Dark Moor have to share a room, I am just saying you two would get along and have a good time if you gave it a chance.