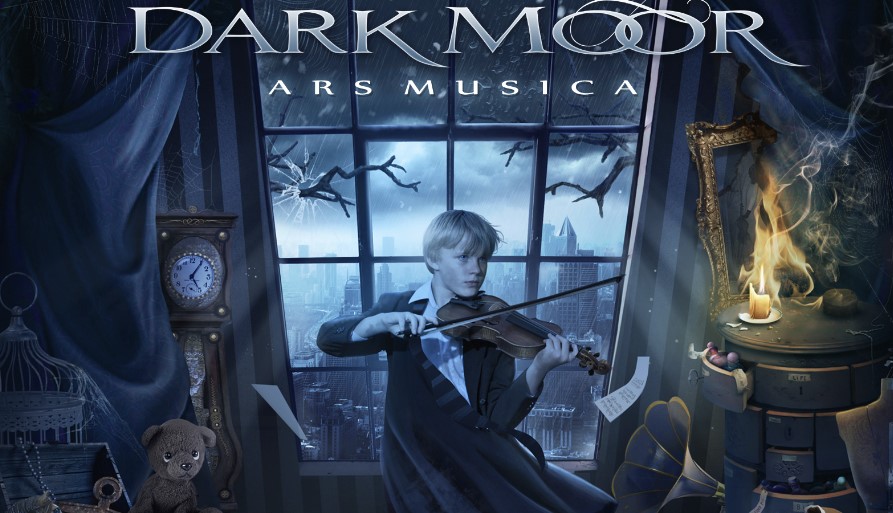 While I have always had a soft spot for melodic power metal, my interest and appreciation for rousing anthems of epic narrative is blossoming every day. Dark Moor is a band that I ran across a few years ago and since that time has acted as chapter breaks in my own ongoing power metal saga. Every few years, this band returns to remind me that quality music can exist in the most melodic of places. Are you ready to have your heart melted? I know I am.

Ars Musica is the 9th record from this Spanish group, who has been consistent with their lineup since 2008. There is a whole history of another singer and earlier records but all one needs to know is that this current collection of emotional knights released a fantastic record in 2010 called Ancestral Romance. Ancestral Romance was a point of high maturity, which really started a year earlier with Autumnal. This differed from early albums that had varying quality and sexy pinup girls on the cover. Come on Dark Moor, you are better than that. We all know this.

Dark Moor has always been of interest to me due to their own interest in Spanish fairy tales as well as their distance with fantasy. While there is, of course, the Arthurian romance that inhabits the band’s albums, the band sets themselves apart with their embrace of contemporary subject matter or maybe even timeless qualities of wonder and splendor. Ars Musica continues this path with an album brimming full of eternal songs of love and devotion. Yep, it’s going to be like this for the entirety of the review. Grab a box of damn tissues.

Ars Musical starts out particularly strong with both “This is My Way” and the lead single “The Road Again” front loading the record. Both songs act as an overture to reassure the listener that opera-like vocals will continue to swoon you while leaning into power ballads. The amount of orchestration and production density is enough to make Guns and Roses jealous of both style and quality. For as much as I adore distorted vocals, Dark Moor, and other power metal cliques like it, have always been an exception as their performance fills an album with such grandiose optimism.

The second half of Ars Musica begs a little bit more patience than it’s accessible first Songs. Ones like “Gara and Jonay,” an ultra sensitive ballad with early 90’s guitar solos and “El Ultimo Ray” could pose a problem for anyone not ready for a Spanish history lesson sung in its native tongue. I was, but I am just thinking of others. Besides some potential stumbling blocks, the last half still holds crowd favorites such as “Living in the Nightmare” and the baroque inspired instrumental closer “Asturias.” These are more than enough to give a standing ovation in this neoclassical style opera house. I wish I had roses to throw.

I like to champion good power metal. Despite my general interest in black, death, and doom, good melodic metal can be healthy and vigorous. For this reason, I always know that Dark Moor will have something of interest for me and I am glad to have a trustworthy ally so far from my comfort zone.