WHILE HEAVEN WEPT – Suspended At Aphelion 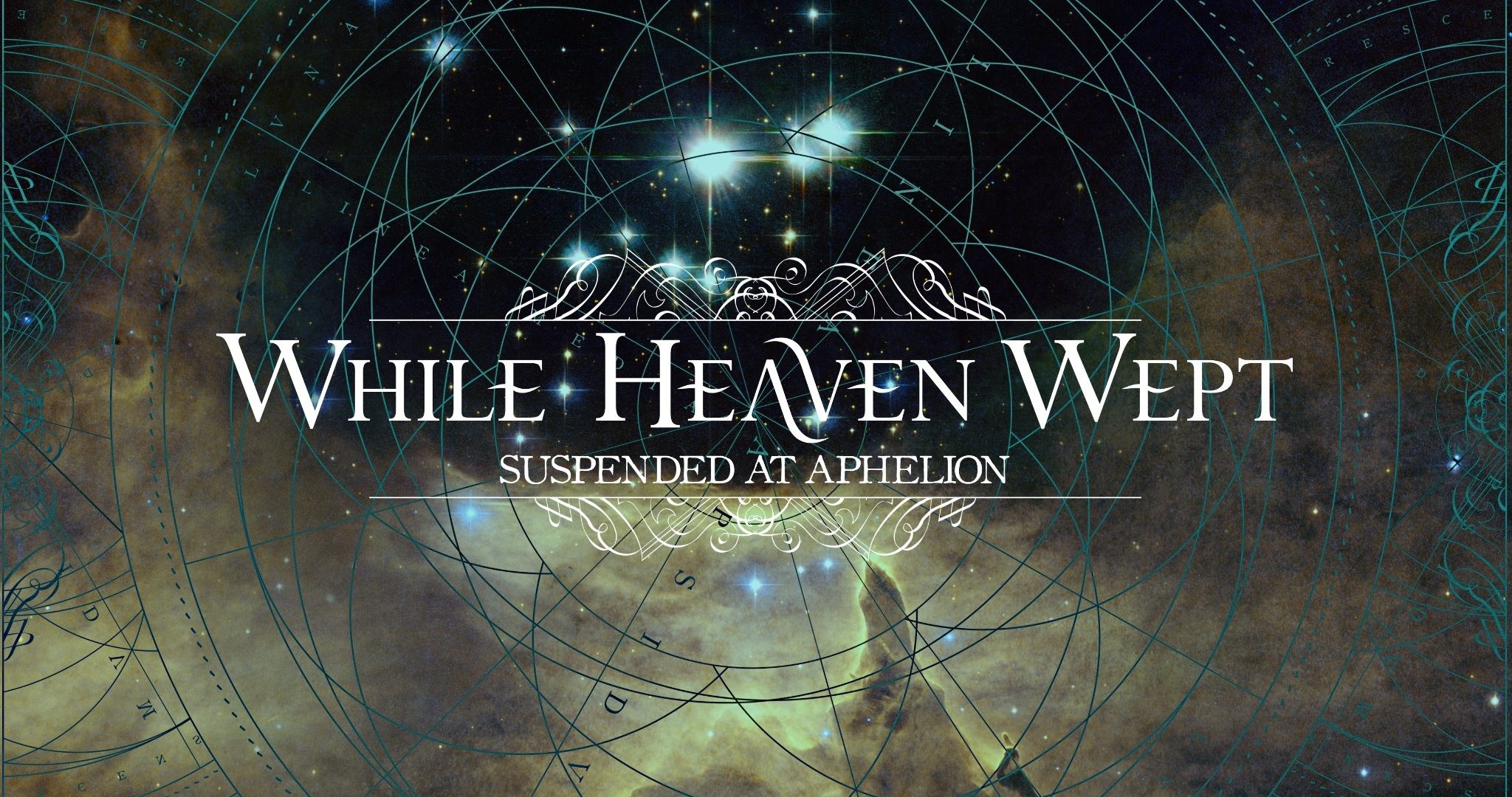 “While heaven wept” must be one of the most enduring bands in the industry. Originating in the primordial year of 1989, they’ve broken up and been revived more times than Frankenstein’s monster, while managing to look a whole lot better. While in other bands this might imply some fairly serious trouble on the creative front, here I’m tempted to suspect it’s just Tom Phillips’ way of making sure the band doesn’t go stale. I mean, everyone here has at least one other band they’re involved in, so it’s not like they aren’t busy. It seems like they only gather together for WHW when somebody (to hear Tom Phillips tell it, Tom Phillips) has a particularly good idea. I encourage you to imagine he sends the signal by blowing into a great black war-horn, rent from the head of the last Minotaur, but he probably doesn’t. God damn conservationalists.

Though they’ve never been afraid to seem a little esoteric. With “Suspended At Aphelion” this marks their Sixth album and the second that will probably result in you pretending your vocabulary’s slightly bigger than it is. They’re not exactly a band afraid of confusing people.

Take “Suspended At Aphelion” itself. At first glance it seems like a simple seven-track album. Perhaps, I dared hope, a concept album, but according to the band themselves it’s a single, great and epic song. Which makes it a single?

Either way, it’s damn impressive. True to their vision it’s best listened to in one long burst and manages to be interestingly varied. The musicianship is as great at fans of this band will be used to, with a particular focus on grand scale this time round. The opening track Intrespectus is downright Mozartesque in it’s composition and leads with only the tenderest of jolts into the body of the album and our first glimpse of the doom metal at it’s heart.

It’s a grand work, as cosmic in scale as its cover suggests. There’s a hell of a lot of guest musicians present here, and you’ll hear each and every one of their influences throughout the album, to the point I wonder at how well it all fits together. It’s not perfect, of course, the lines between tracks can sometimes seem a little more abrupt that their “one big song” claim would like and the lyrics, while consistently brilliantly sung and occasionally well written, spend more time than I’d like at “not great” and dip on a couple of occasions into actually “bad”. It’s not enough to damage the effect of the often brilliant composition, but there were a few moments where I wished I were listening to an instrumental version.

And then, suddenly, were very glad I weren’t. The climax, with it’s backing vocalist chants of “Aphelion” sounds precisely like I would have hoped, if only I were a little bit smarter. It’s a masterful example of straddling the line between unpredictable and fitting. It’s a good ending, and for me it makes up for the occasional weaknesses that mar some of it’s earlier moments.

All in all, it’s a bloody solid romp through the halls of eternity, and I can heartily recommend giving it a listen.