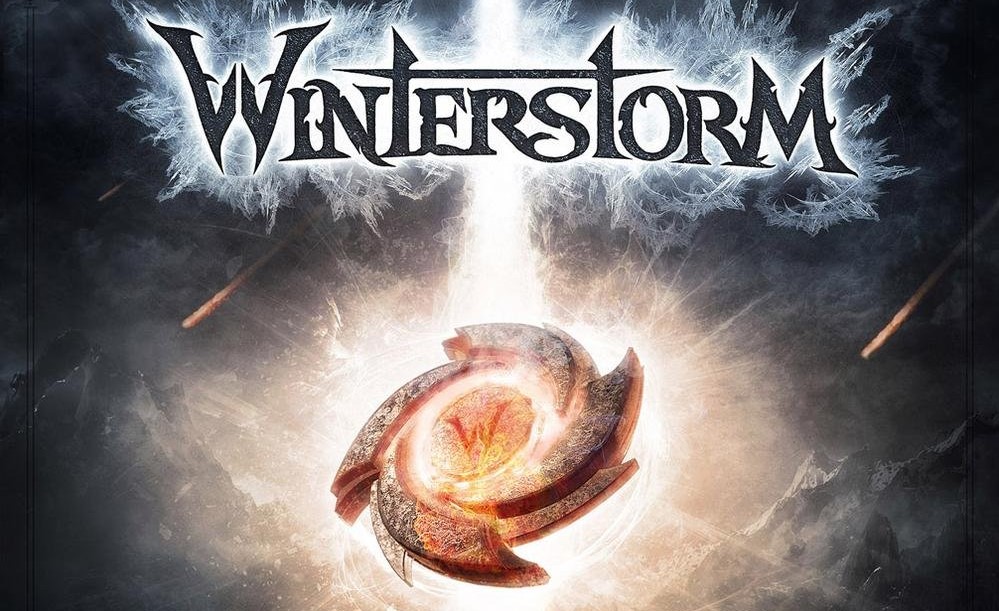 I feel it is important to note that Winterstorm has always had decent album artwork. The band’s third and newest release, Cathyron showcases their most professional looking cover to date. I lead with discussions on artwork because, as a band, I feel Winterstorm has not had a fair enough start when compared with the endearing qualities of their music. All these guys want to do is sing about battle and winter. I can never fault anyone for doing that.

\Winterstorm is a band from Germany with a penchant for epic power metal. They tend to concern themselves with battles, battles in the snow, and winning those battles in the snow. **Though the band takes heavy cues from popular power and melodic death with less precision, Cathyron does not start to shine until midway through the record. Whether or not it was the catchy chorus in the albums title track, the smooth solos in “The Maze,” or the Celtic breakdowns in “Windkeepers,” Winterstorm is surprisingly likable with an album that is, even more surprisingly, effective.

Winterstorm never lazes around during albums. Each of their records comes in longer than previous and Cathyron is an entertaining ride through lands that could be constructed out of hobby store trees and paint. Though the band concerns itself more with emulation that innovation, Cathyron is still a worthy album for anyone seeking dense escapism in a snowy battle. I do not think Winterstorm will reach the level of their influences without great struggle but there is still something endearing about their music, their passion, and their earnest desire to be fighting in the snow.