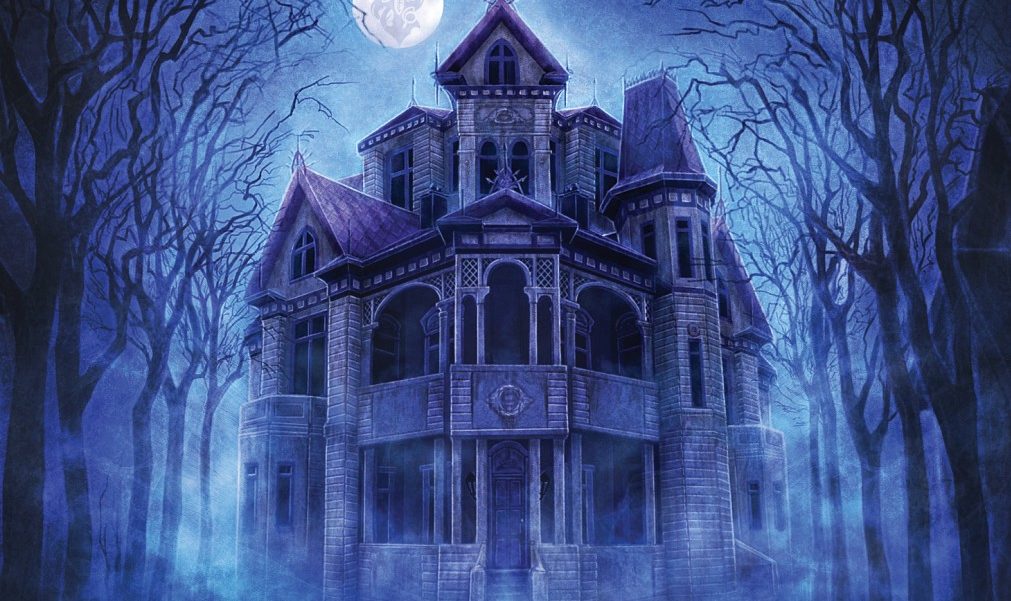 Tad Morose is a Swedish project which has a strange makeup. To some this is a venerable power/progressive outfit which saw praised records including 2003’s Modus Vivendi. To others, this is an obscure power/progressive outfit with members forming fleeting connections to more obscure bands. Also the drummer is Peter from the indie pop group Peter Bjorn and John. Hopefully I am not the only one who cares. This dual nature for the band is amplified following the 10 year break taken by the band only broken by a 2013 record and introduction of a new singer. St. Demonius is the 8th record from a very long standing and silent band who is perhaps waiting for the perfect time for introductions.

To be honest, I think this band has had a long history of subpar and terrible album covers. With that said, St. Demonius is particularly charming with its blue drenched gothic mansion which calls back to the Abigail era of King Diamond. The music is also fitting as Tad Morose kicks around traditional metal with a few progressive and power flairs. “where Ignorance Reigns” has a stunning guitar passage which is both heavy and narrative in nature. In fact the entirety of St. Demonius passes by with few complications and with each of the songs around 4 minutes, it is hard to fault the band for leaning on the tropes of heavy metal. While this sounds like a criticism, it works exceeding well for a band who seems to need just a small push for larger recognition.

St. Demonius works as an above average power/progressive/traditional record with a tried and tested thematic approach which can only age well with time. Come because of an invitation to a dinner party. Leave only when you find the exit.