ALESTORM – No Grave But The Sea 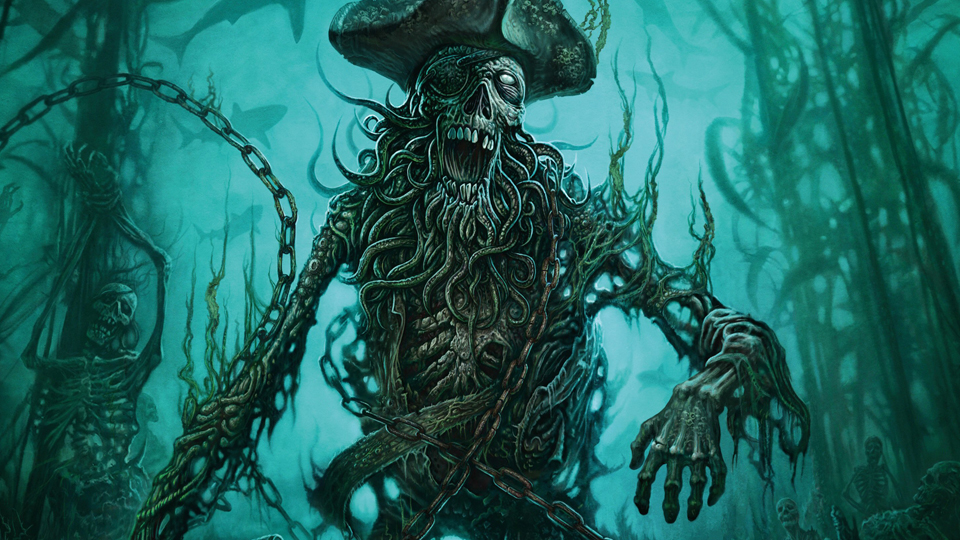 I feel what I am about to say relates and maybe the same as the band Gloryhammer, which is unsurprisingly related to Alestorm. Alestorm, for those not in the know, is a folk metal metal that sings about pirates and adventure almost exclusively. The band is particularly popular with folk metal fans, people who expect a sense of theatrics to be apart of metal, and also those who believe metal is too serious and love a good laugh. It is because of this that the bands popularity is at odds at time with its approval rating within the community. At the moment Alestorm is on a lengthy adventure with the Vans Warped Tour as one of the only metal bands outside of Municipal Waste, Gwar, and a shit ton of metalcore. While the band keeps forging adventures through strange non metal lands, their 5th record unsurprisingly does not steer the course from the direction of full on goof. Insert pirate reference here to close the opening paragraph.

Context is important when it comes to Alestorm and similar bands. Just as I would not fault an occult black/death act for being too serious or gloomy, any criticism for Alestorm should not be directed at their sense of levity when it comes to making records. There certainly is room for humor within metal and there should be no absolutes when it comes to how people enjoy heavy metal. Now that is out of the way, it is time to tackle this spoonful of icing of a record. Though humor is an acceptable a venue for making a record, its appeal and ultimate resilience through the short and long term is of course up to the band making it. Sometimes, just like the spoonful of icing, the immediate joy and rush is overshadowed by the nauseous feeling right after. Though Alestorm’s 2014 record Sunset on the Golden Age (with the single “Drink”) is perhaps their flagship anthem, expanding a repertoire of costumed metal maybe more difficult than other bands writing about more general themes of darkness. No Grave but the Sea doubles down on the gimmick which brought them recognition and sees the the band praying for high winnings.

Sitting down with Alestrom shows me a band that is and could be appealing to a larger audience if it were not for the comedic moor which secures their ship to one port. Songs like “To the End of the World” shows a band that could easily fit into contemporary power metal with fantastic lyrics and a driving anthem with flairs of unorthodox instruments. This is of course muted by the check cashing single “Mexico” which attempts to shove its way into party playlists much in the way that a drunk guy pushes his way into a party he isn’t invited to. “Mexico” sours the beginning of the of the album and from there it is a bumpy ride all the way through. By the time one reaches the crass beerhall sing along “Fucked with an Anchor,” one wonders if this is a metal record or an Irish bar band playing to a crowd of drunkards. I only criticize so heavily since songs like the 7 minute closer “Treasure Island” with a flamenco outro shows a band with great talent at crafting fun power metal songs that have the ability to entertain without mooning the audience for laughs.

Perhaps I will never enjoy Alestrom or other related bands like Gloryhammer. Much of my gripes are derived with the quest for subtle humor without lapsing into ephemeral gags like being fucked with an anchor. Regardless I think Alestorm is fine for people who enjoy comedic metal just as I feel it is fine to hard pass on a record like this. There doesn’t seem to be much at stake here so whatever you do after 7-10 drinks is perfectly fine with me. I am sure I will be back for a new record probably with the same complaints and refusal to lighten the fuck up.