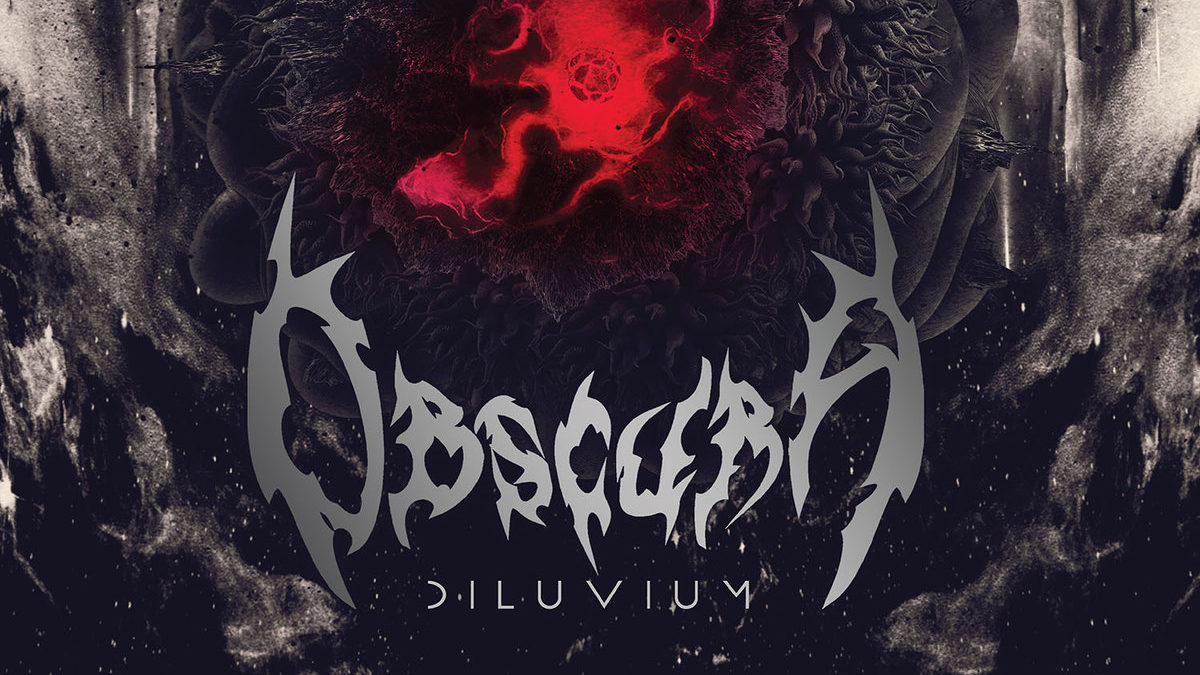 Oh Obscura. Why are you so entertaining? It was in 2011 when I really got into this German progressive death act and even had the opportunity to interview them for another publication. Since that time, I have been enjoying the band’s work as they make their way across the galaxy much in the same way a colossal malevolence devours star systems. Diluvium is the band’s 5th album and while not changing their main focus from space based annihilation, does continue the quest to make that annihilation as entertaining as possible.

Diluvium is being released on July 13th and because it is from Relapse Records this means there are only a handful of tracks for preview. This is okay as in the age of the internet there are still things, despite frustration, that are not available until release date. With that said, the past performance of this band combined with the few preview tracks gives fans the assurance that this will be little departure than what we have heard before. One can expect to travel light years into the past, future, and places beyond the reaches of time. Whether or not the corporeal body remains whole is of course up for debate.

Obscura maybe a little different that the music usually covered on this site. It is progressive death metal with a hard tech edge. Think of it as hard science fiction where the scientific aspects are winding guitar and bass leads. Though most of the music discussed here is power metal with a fantastic edge, the escapism with Obscura is similar in concept but instead of dragons, or warriors, it is alien horror or cosmic metaphysics. Take the lyrics from the title track and one soon realizes that though it lacks the concrete storytelling, the themes for Obscura are just as immersive as most other fantastic heavy metal.

When radiation fades and remnants dissipate
Sacrificed we reunite in obedience
Decayed and lapsed in entropy
Bewailed, intoned the last elegy

Though heavy metal has always wrapped itself in abstractions and analogies, the lyrical content for Obscura has always been a destination as its celestial finality is the perfect soundtrack to the end of the world. I mention all of these accomplishments and consistency despite the fact that the band has had numerous personnel changes throughout their short history. Despite members, like drummer Hannes Grossmann, leaving to other projects, which are just as interesting, the core sound of Obscura has stayed consistent under the direction of guitarist Steffen Kummerer. Diluvium underscores this direction with an album that does not change the focus rather reinforces the road to oblivion.